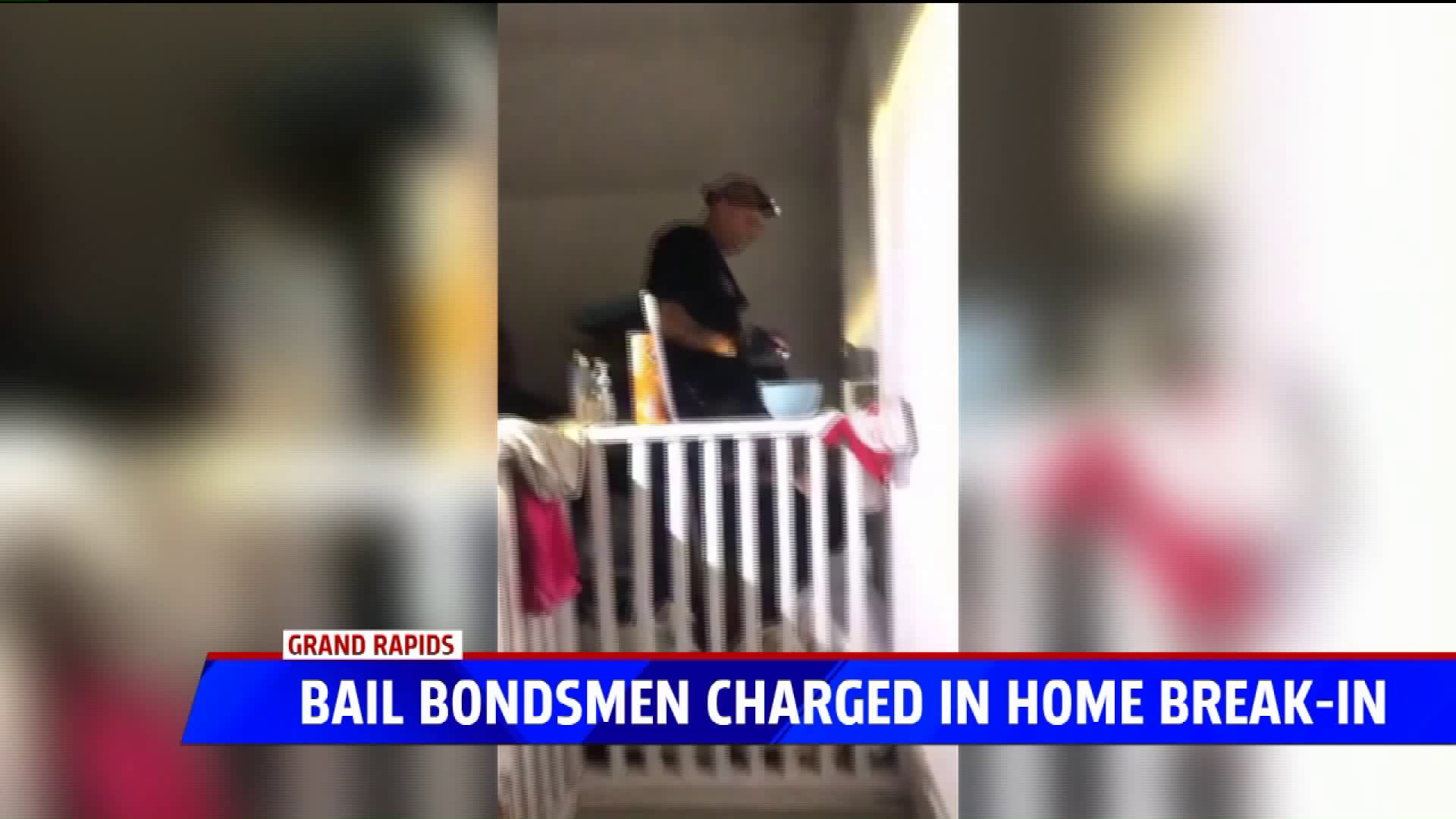 GRAND RAPIDS, Mich. — Charges were filed Tuesday against two bail bondsmen accused of forcing their way into the wrong West Michigan home and traumatizing the family inside.

The break-in was all caught on video by De'Markus Putnam, who confronted the men as they forced their way into his girlfriend's home on Grand Rapids' southwest side.

Putnam captured the break-in on his phone and streamed live on Facebook after his girlfriend, Julie Deleon, called and told him of men lurking outside.

"I'm really scared, and my kids are scared. The two youngest, they were like crying at one point," Deleon said.

Putnam said both refused to give him their names.

"They told me they was looking for a woman named Latisha. I informed them that I was here earlier. There was no Latisha here," he said. "We never seen or ever heard of one. So they basically accused us of harboring a fugitive and lying about everything."

Putnam learned the men are bail bondsmen. However, he said they refused to show any type of warrant or paperwork.

But they did manage to do considerable damage to the front and back door.

He said the men searched closets, flipped over beds, toy boxes, and still refused to show a warrant.

"And then even to the point where they started accusing my girlfriend here of being this Latisha person because she was the only person who would speak to them at the time," Putnam said.

He said the men lied about calling the police. So he called the police who stopped and detained the men when they took off in their vehicle. They were initially let go and charged later.

Deleon said her family's been violated by a nightmare still causing her to lose sleep.

"(I'm) scared for my kids. My parents, they too, like they were scared," she said. "They're still scared about it. I'm still scared that somebody can come into my house again."

"I don't feel safe in my own house, especially cause I still haven't been able to fix the doors. That's just a big issue for me. I just don't feel safe," Deleon said.

Putnam said, "I feel great about the charges actually being filed. Now we can start the process to get the consequences handed out."

According to Kent County online jail records, Yanna and Henning have not yet been booked. They both face a charge of home invasion third degree. We'll let you know when they're arraigned.