Zimmer takes over at quarterback for West Ottawa 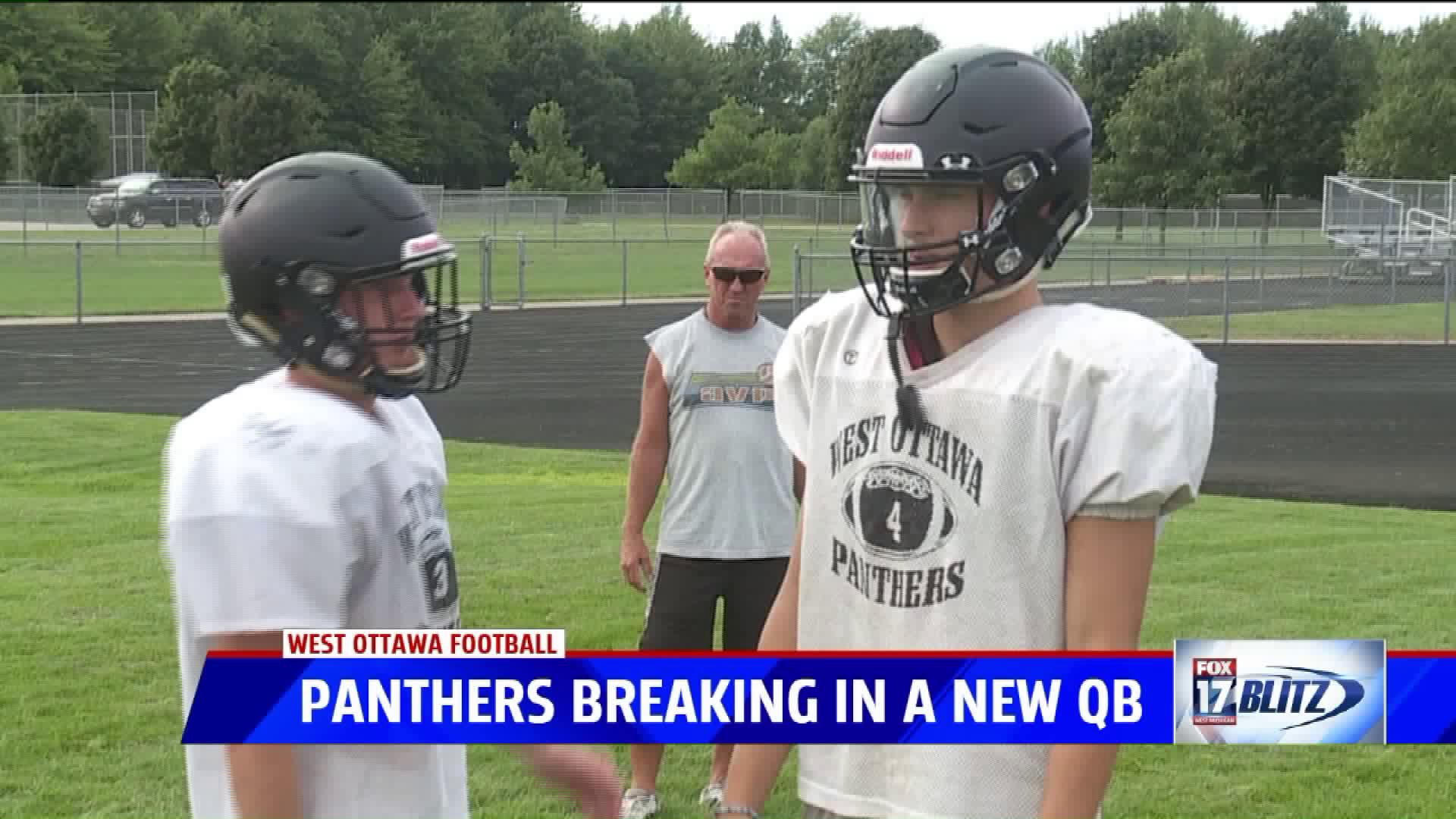 The Panthers were 6-4 last season

HOLLAND, Mich. -- Issac VanDyke leaves some big shoes to fill at quarterback at West Ottawa, but junior Justin Zimmer will attempt to replace him.

"I learned a lot from Isaac," Zimmer said. "He taught me the right reads, where to throw, where to put the ball, how to read the defense really well, being a leader. He helped me out with being a leader and communicating with my guys, telling them what they did wrong and how to improve."

While Zimmer is a different player than VanDyke, the Panthers are excited about what he brings to the table.

"We are not really militant to what we run offensively," fourth-year head coach Ryan Oshnock said.  "We just try to tailor to what our quarterback can and cannot do. So, we are excited to tweak some things: what he does well, and he has some unique skill sets that we are going to try and take advantage of."

West Ottawa also returns four of its top receiving targets from last year, which has helped ease the transition.

The Panthers head to Stevensville Thursday to play Lakeshore in game one.