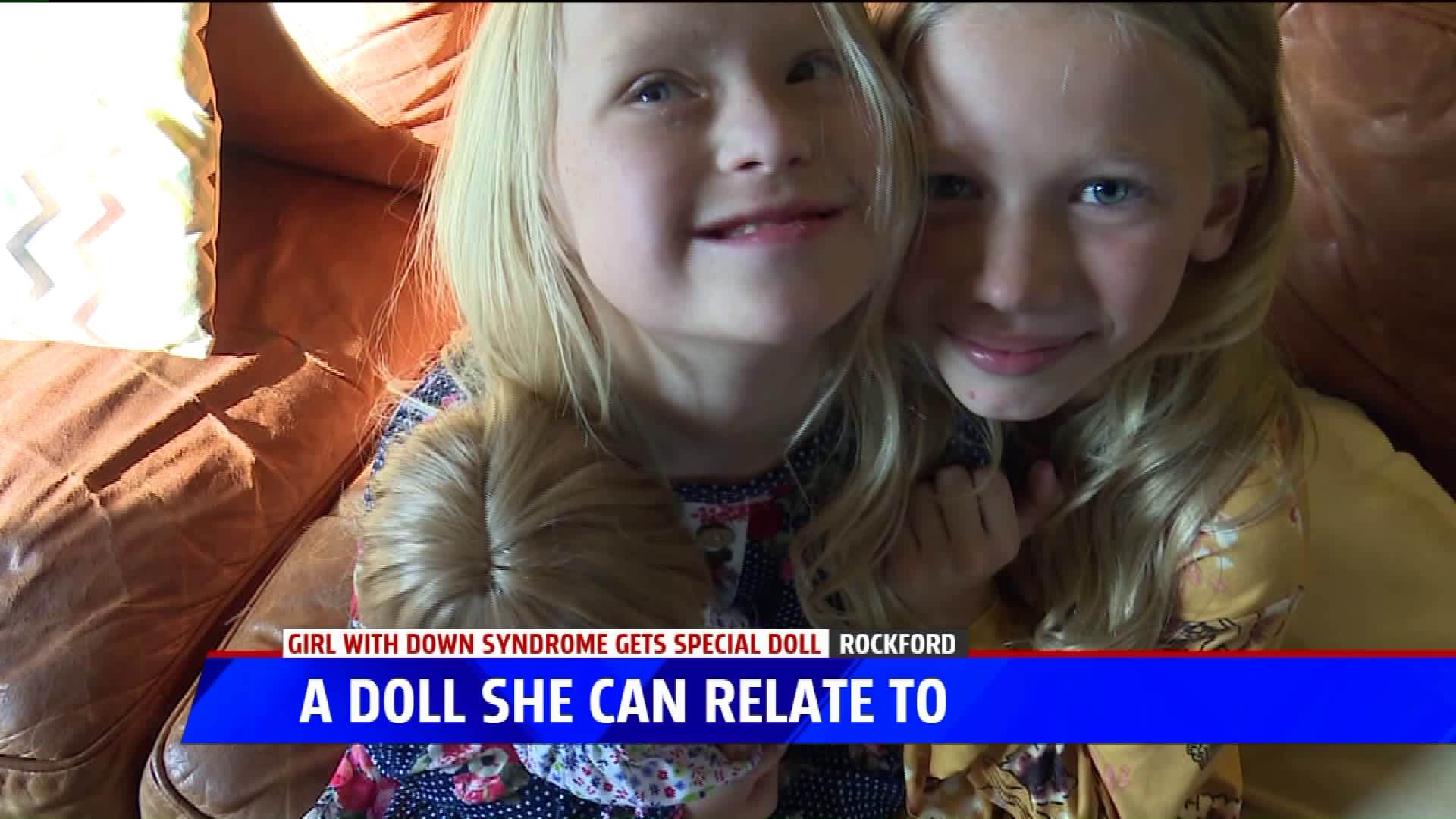 ROCKFORD, Mich-- A special doll has made its way from Australia to West Michigan.

The Blanchard family was looking for a doll their oldest daughter Jana, who has Down syndrome, could relate to. It took more than 10 months to get here but they say it's been beyond worth it.

"When we gave it to her, her reaction was priceless because she was so happy and she recognized right away that she was special and that she looked like her," Jana's mother, Susan Blanchard said.

"She's pretty and she's beautiful and she looks like me," 11 year-old Jana Blanchard, said.

Sure Jana has plenty of other dolls but ‘Little Jana’ is the first one that truly shares her beauty.

"With the doll, we thought it would be cool to have something that looked like her that she could celebrate differences. We as a family try to celebrate what makes us unique and different in different ways," Susan, said.

Jana’s Down syndrome is just one of the things that makes her unique, but it has never stood in her way.

"It was neat to hear her say 'this doll has Down syndrome,'"  said Jana's father, Jason Blanchard.

"We try to treat her like the rest of our kids, we have pretty high expectations of her, she's a rock star and she's been doing really good. But we just try to keep her encouraged, keep her happy and going wherever we can," Jason, added.

"We definitely talk about Down syndrome and we celebrate the wonderful uniqueness but so far it's been very positive, we're proud of how great she is," Susan, added.

The Blanchard's say they bought the doll on this website.