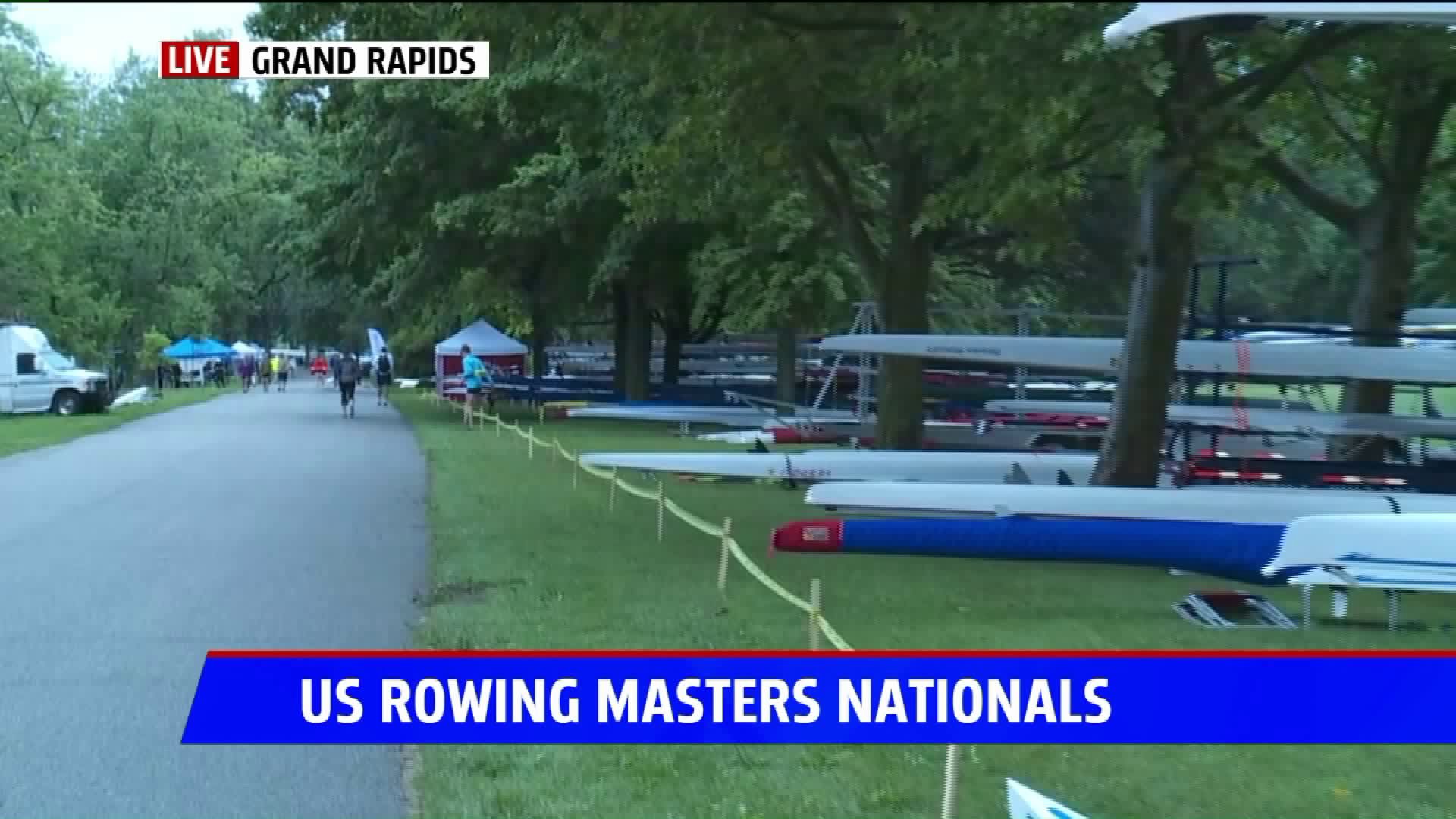 GRAND RAPIDS, Mich. -- Thousands of people from around the United States and world will be in Grand Rapids this weekend for the USRowing Masters National Championship.

The event last took place in Grand Rapids in 2014, the first national rowing event in Michigan.

“It’s a privilege to again host the USRowing Masters National Championships after our successful event in 2014,” said West Michigan Sports Commission President Mike Guswiler. “We value our strong partnership with USRowing, and we’re excited to again showcase Grand Rapids’ wonderful asset of the Grand River in this prestigious event that draws the best rowers from across the country.”

In cooperation with the city and with volunteer assistance from members of the Grand Rapids Rowing Association, the event will be held in Riverside Park, Grand Rapids’ largest city park. Attendees and spectators can enjoy 250 acres of wooded landscape, pathways and great views of the Grand River. A 1,000-meter, six-lane buoyed course will begin south of boat ramp No. 2(Guild Street), with the finish line at boat ramp No. 1 (Knapp Street).

In 2014, the event was a major factor in helping Grand Rapids Rowing raise enough funding to keep its boathouse. That, along with Detroit Boat Club’s 175th anniversary celebration, proved to put Michigan on the map of rowing in the United States. In 2019, thousands of competitors and spectators are anticipated over the four days, providing an economic impact of more than $2 million for the region, and ensuring the continuation of the growth of rowing in Grand Rapids.

“USRowing is excited to be heading back to Grand Rapids in 2019,” said Patrick McNerney, USRowing Chief Executive Officer. “In 2014, Grand Rapids provided a great experience for our masters athletes, both on and off the water, and we look forward to working with the West Michigan Sports Commission and West Michigan River Sports Association in creating an even better event this coming year.”

Visit USRowing for more information on the Masters Series.