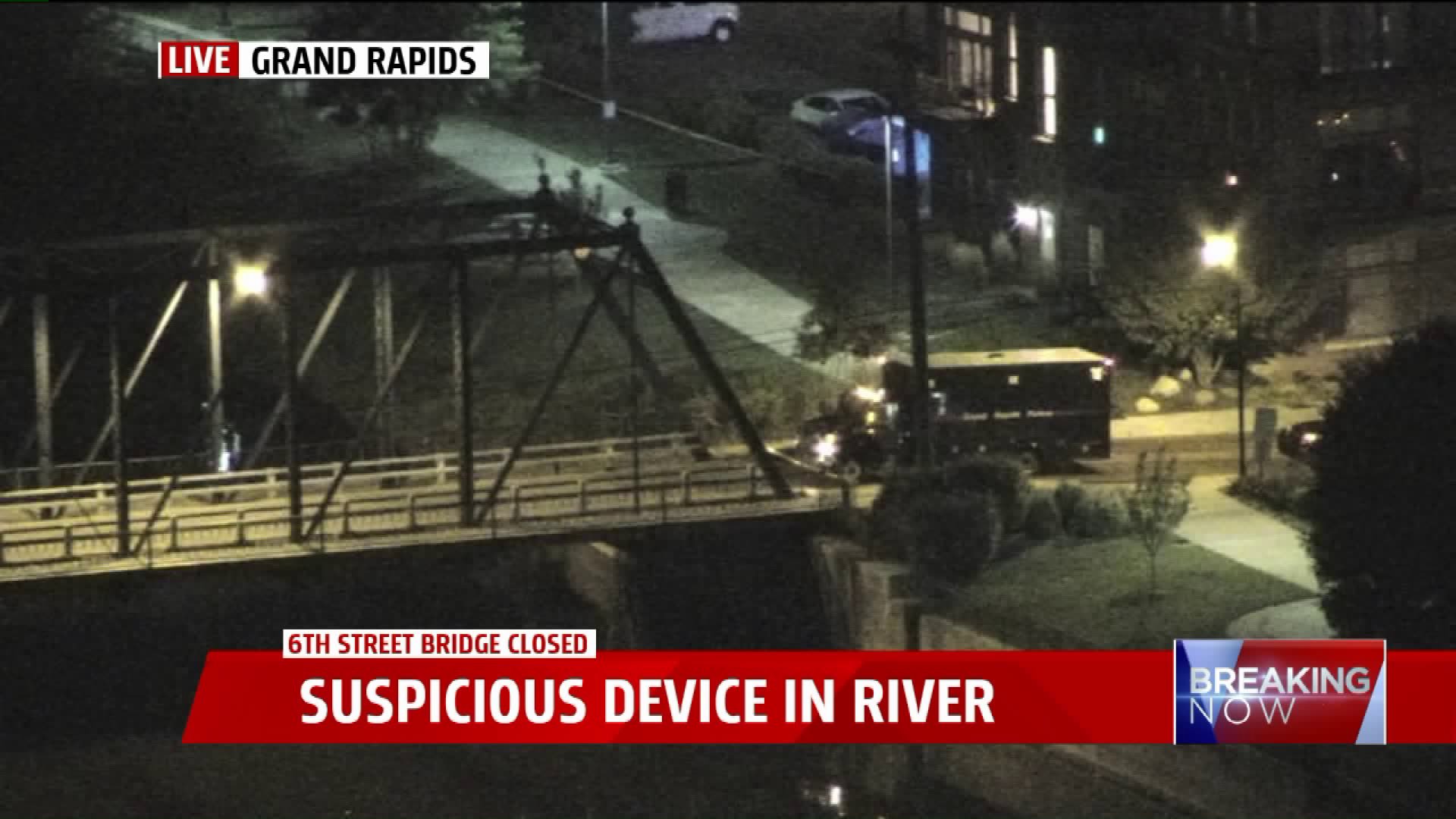 UPDATE: The scene at the bridge cleared around 11:05 p.m. Thursday. A Grand Rapids Police lieutenant told FOX 17 the device was going to be X-Rayed to determine exactly what it is.

GRAND RAPIDS, Mich. - The Sixth Street Bridge over the Grand River has been closed while police investigate a suspicious device.

Police say the device was found in the river Thursday night, and would be taken to a safe location to be examined.