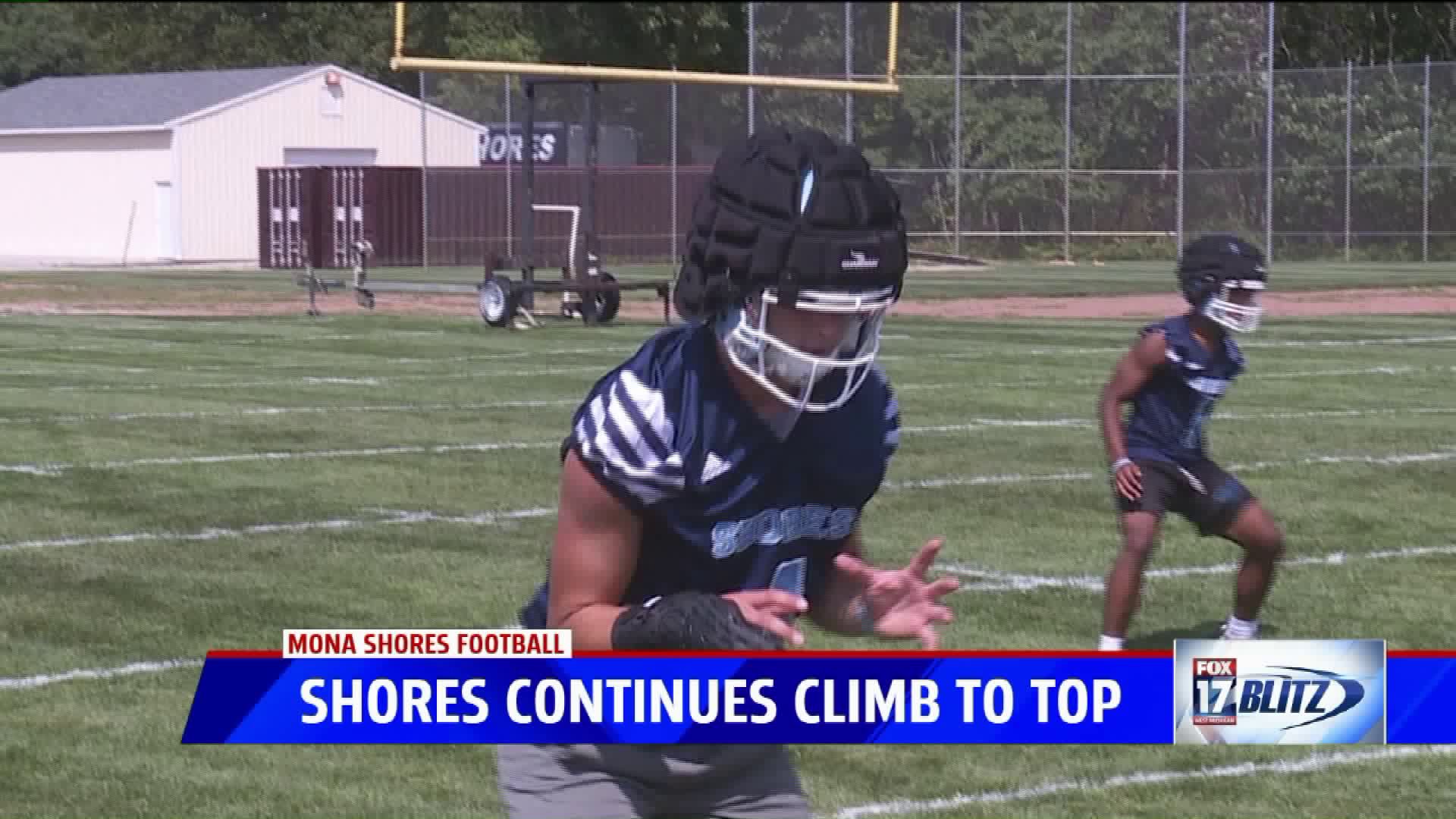 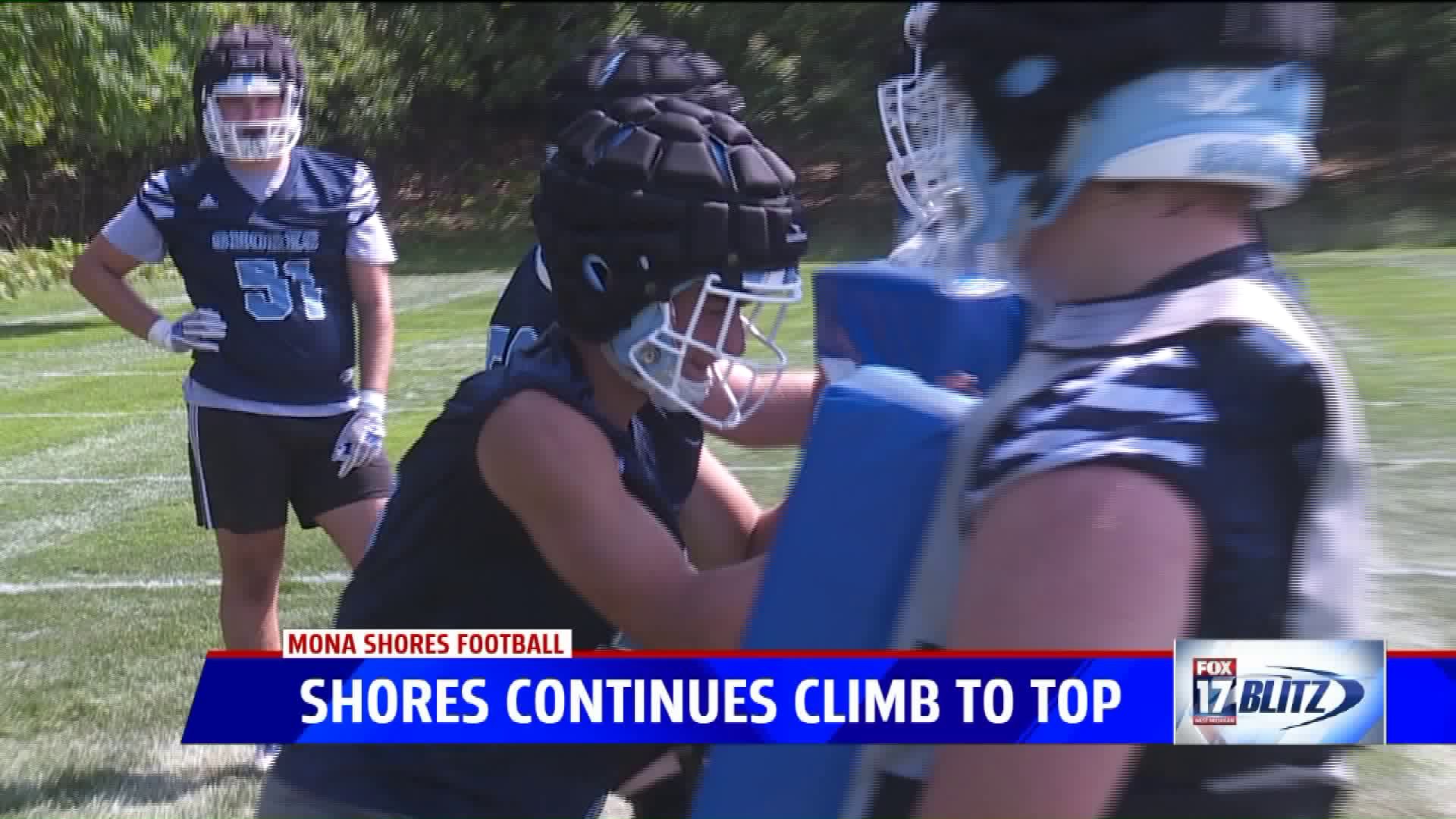 NORTON SHORES, Mich. — Not that long ago, Mona Shores High School was thought of as a win for opponents in football.

That has quickly changed in the eight years since Matt Koziak has taken over as head coach.

"I was speaking at clinic in Chicago this past winter and a coach brought up Mona Shores as a perennial power," Koziak said when asked to reflect on what he has accomplished at his alma mater by Bret Bakita. "You don't think of that when you think of Mona Shores.

"You come here as a young head coach and you have a vision, but if you don't have support from the administration and guys you can trust to coach and you have to have good players and I think that Mona Shores has had some good players in the past but if you can get all that community to believe and all the way down to the players, I think that is the most gratifying thing of it."

Not only have the Sailors made the playoffs five of the last six years and been to the state championship game twice, they have also put two players in the NFL.

Linebacker Asantay Brown (class of '14) is in camp with the Philadelphia Eagles and quarterback Tyree Jackson (class of '15) in with the Buffalo Bills.

"It's pretty surreal," Koziak stated. "You've watched NFL games your whole life and you've seen guys from all over the place and then all of a sudden you see two kids you that you have known since they were freshman.

"It is almost unbelievable you look back and you rub your eyes a little bit but when you look back at what type of kids, they were then you are not so surprised, you are just surprised you were able to coach them so it's awesome."

This fall, Mona Shores is coming off a trip to Ford Field last fall led by an offense that scored a school-record 609 points but lost many key seniors to graduation.

"Everything has to be perfectly sound to put up a lot of points'" returning starting quarterback Caden Broersma said. "We got a lot of explosive guys, we graduated a lot of talent last year, but I think this we are quicker, faster and we got a lot of grit."

Broersma has a stellar junior year under center but will start this fall on the sidelines after breaking a bone in his right hand.  The senior is likely to miss the first two games.

"Be another coach," Broersma said when asked what he can do to help the team while injured. "Do every drill I can to the best of my ability, got to mentor Brady (Rose), the junior who is going to take over do a great job, he is so explosive, he's a great athlete he is going to do great things."