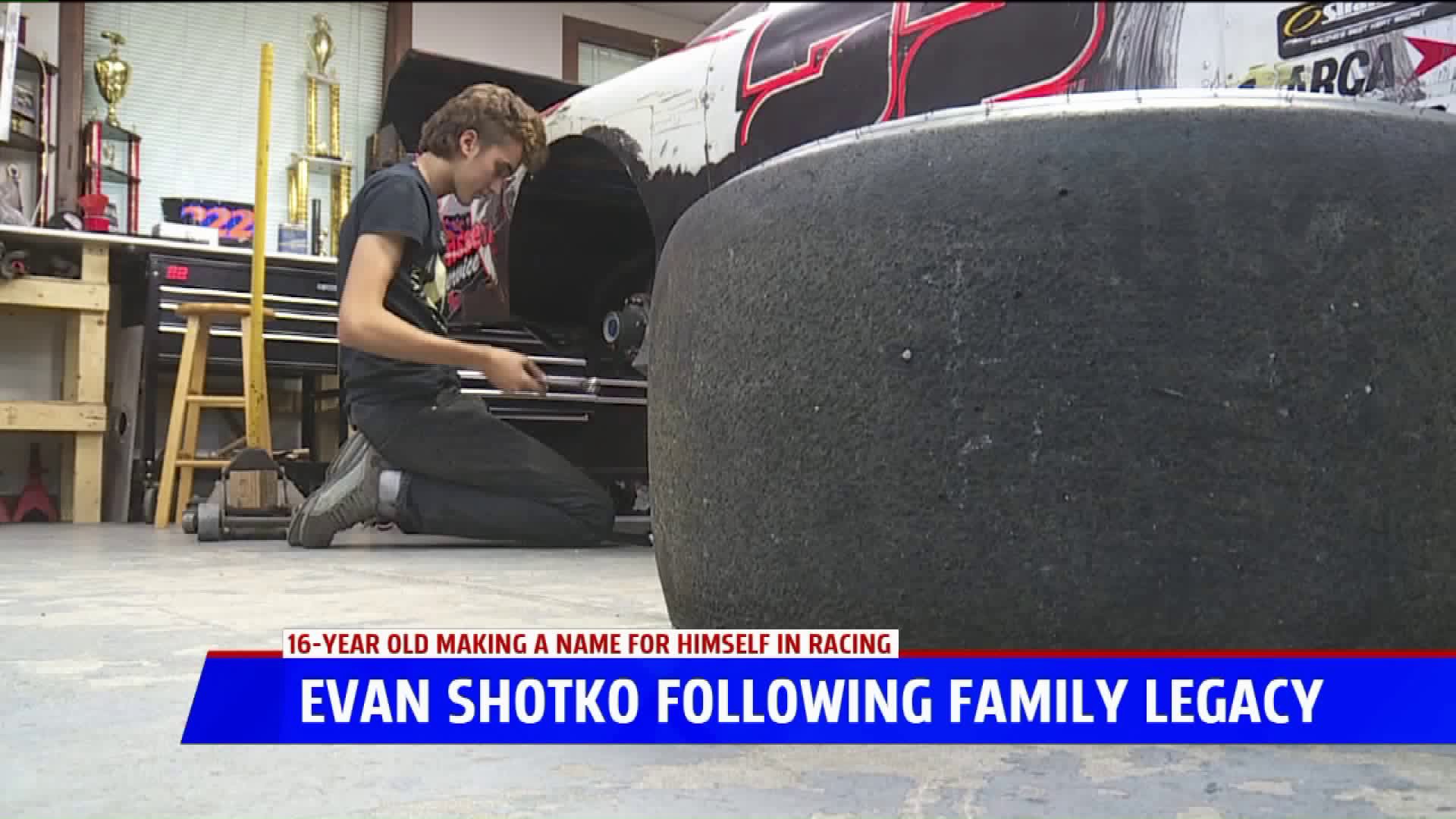 COOPERSVILLE, Mich. -- He may only be 16 years old, but Evan Shotko has lived racing.

"It has always been 100-percent race cars since I was born, really," Shotko said.

And his dad can confirm that story.

"He'd be crawling underneath the cars with the guys and soaking everything in," his father, Billy said. "It must have gotten in his blood, I guess."

At a young age, Shotko decided to follow his family legacy, following his grandfather, uncle, and dad into racing.

"I decided to try it out when I was eight years old in go-karts, and, turns out, I was pretty good at it," Shotko smiled. "At ten years old, I was in a full-sized car."

Being a third-generation driver has its benefits as well. "Anything that I need to know, they've done it, so I can go and ask them," Evan said of his racing relatives.

Evan works at Van Doorn racing development in Muskegon, and while he is a great driver himself, what's most impressive is his knowledge about the cars themselves.

"You have all these grown men who have been racing for a long time, and they come and ask this kid, 'Hey my car is tight in the middle. What should I do?'," his dad laughed. "So, he's telling them what spring to change or what bar to move."

"I'll spend 80 hours a week, between working on race cars at my actual job and here at my shop," Evan added. "You'd never think an adult would ask me for setup tips, but not everyone spends as much time in the shop learning about the cars like I do."

While the youngest Shotko is currently enjoying his time behind the wheel, he could just as easily be outside of the car and working on it for somebody else.

"I'd love to crew chief or own my own business doing something like that," mentioned Evan.

"He's so much more technologically advanced than a lot of grown men that have raced for 20 or 30 years," his dad added.

Billy is a three-time track champion at Berlin Raceway, and he continues to give his son a lot of good advice, especially considering his age.

"You're not going to rough somebody up, you're going to race them the way you want to be raced,," his father said for his advice for Evan. "You need to earn their respect, because you're a kid."

Evan won two super late model races last summer but has yet to get one this season, something he hopes to change shortly.

"Man, we've been close a lot of times, but we just can't seem to put it together this year. Hopefully, with a few of these big races coming up, hopefully we can bag one."