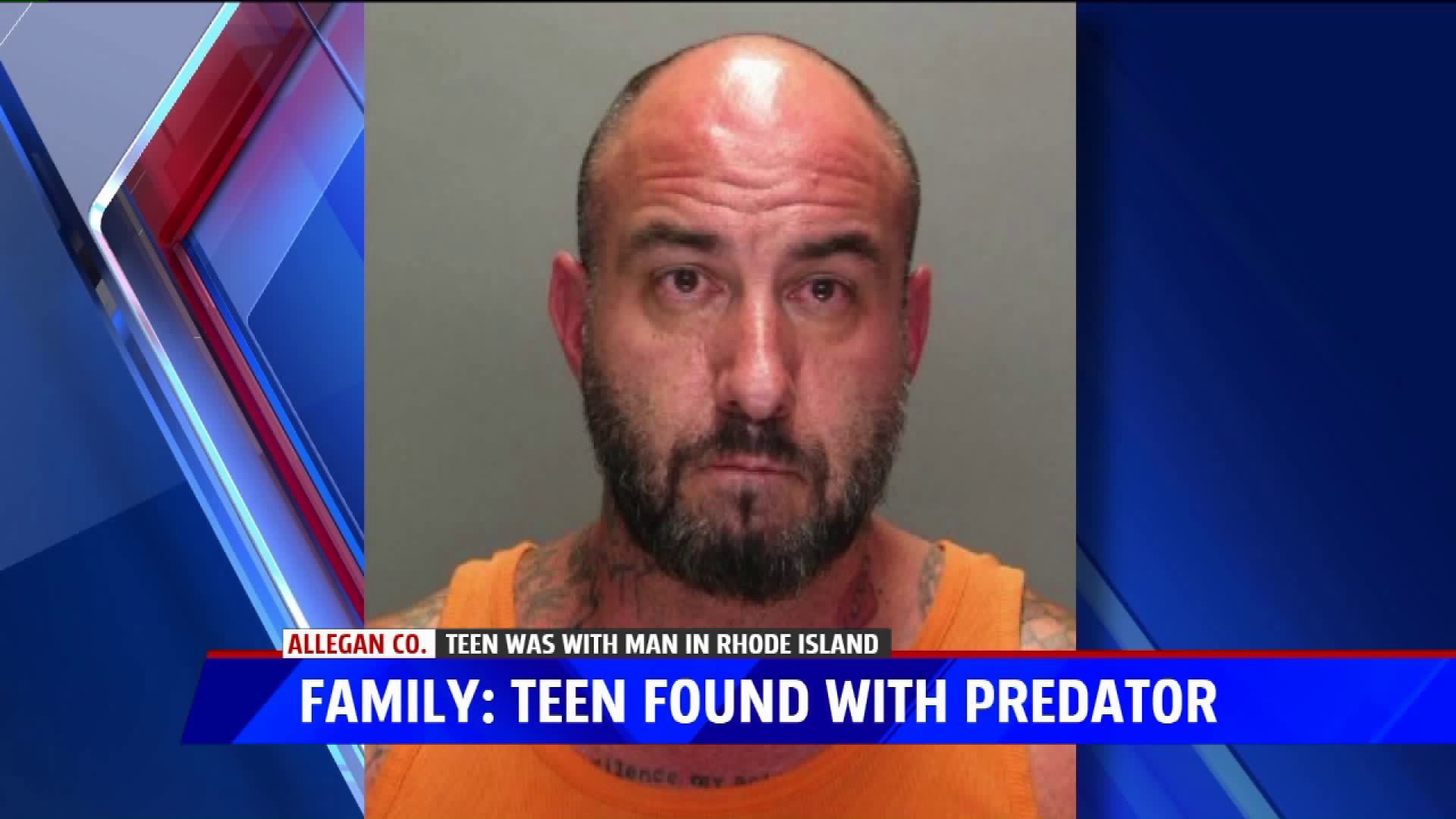 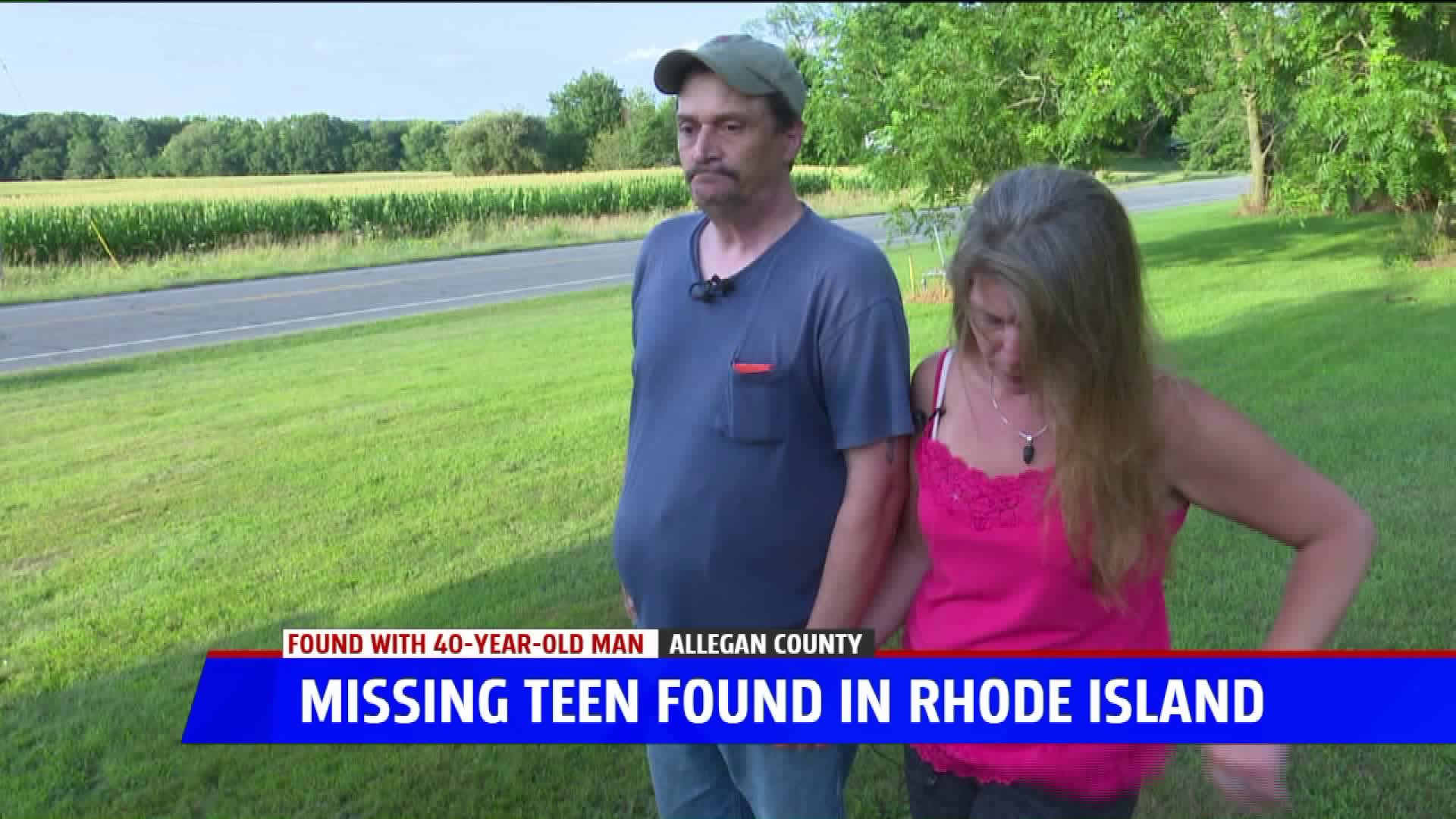 WAYLAND, Mich. — A missing teen was found on Tuesday with a man her father is calling a professional pedophile.

The Warwick Police Department helped Allegan County deputies find Gracie by performing surveillance at a Rhode Island home where they eventually found Gracie with a man in his 40s.

Family believes Hewartson had met the man online and had been speaking with him for about six months. On Friday, Hewartson had walked out of her home and was nowhere to be seen.

At first, Hewartson was reported as a runaway before authorities updated her status to a missing person.

Hewartson's mother and father are currently in the process of finding flights to Rhode Island to see their child for the first time in five days.

"We finally found out, and it was like, 'oh my God,'" said Gracie's father Darrin Hewartson. "Thank you so much. Relief. They found her, they got her. We're all just so happy that she is coming home."

Family believes the man drove to Michigan to pick up Gracie and then to Rhode Island.

"I would tell him that 'people like you need to be put behind bars for the rest of your natural life,'" said Darrin Hewartson. "These predators, pedophiles (are) the scum of the Earth. I hope that he gets what he deserves when he stands in front of the judge and that final gavel gets smacked down."

The Hewartsons initially thought she had run away to be with a friend. But after talking to some of her best friends, they began to fear something worse.

"We started to get more information that she was talking to a guy, an older gentleman online, and then that's when we found out what was really going on," Darrin Hewartson said.

Charles Morancey, 43, from Warwick is now facing four counts of third-degree sexual assault, as well as charges related to a being a fugitive from justice.

A GoFundMe has been created to help the family cover Gracie's medical expenses.