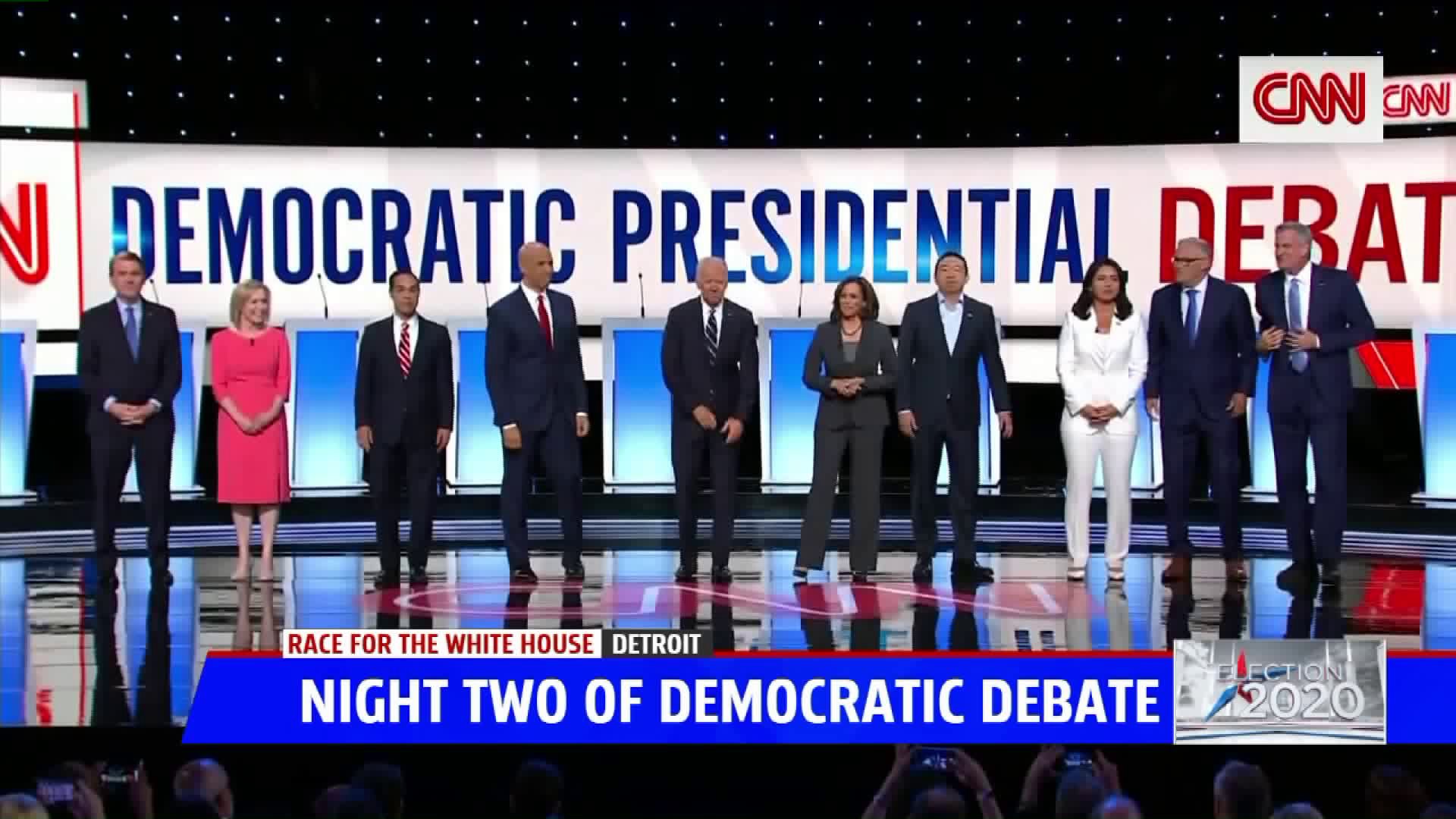 DETROIT (AP) — Democrats intensified an acrimonious battle over health care on Wednesday that showcased deep divisions within the party and focused on the dispute between former Vice President Joe Biden and California Sen. Kamala Harris.

Their divisions were reinforced by their ideological allies from the progressive and moderate wings of the party, with New Jersey Sen. Cory Booker occasionally playing the role of peacemaker.

Biden charged that Harris' health care plan would cost taxpayers $3 trillion even after two terms in office and would force middle-class taxes to go up, not down. He said that would put Democrats at a disadvantage against President Donald Trump.

"You can't beat President Trump with double talk on this plan," he said.

Harris slapped back that Biden was inaccurate.

"The cost of doing nothing is far too expensive," Harris said. She added: "Your plan does not cover everyone in America."

There were also tense exchanges on immigration early on the second night of Democratic debates that pitted the 76-year-old Biden against a younger slate of more diverse candidates. There were no candidates of color onstage in the first wave Tuesday night. On Wednesday night, there were four.

Biden was flanked by Harris on one side and Booker on the other. As Biden greeted Harris onstage moments before the opening statements, he quipped, "Go easy on me, kid."

Wednesday's debate comes 24 hours after another set of 10 Democrats debated, fiercely at times, over the direction of their party.

In addition to health care, the candidates also had sharp disagreement on immigration, highlighting a persistent fault line between the more liberal and moderate candidates.

Biden suggested that some of his rivals favor immigration laws that are far too forgiving. Castro, for example, would decriminalize illegal border crossings.

"People should have to get in line. That's the problem," Biden charged.

Castro shot back: "It looks like one of us has learned the lessons of the past and one has not."

While the first primary votes won't come for six more months, there is a sense of urgency for the lower-tier candidates to break out. More than half the field could be blocked from the next round of debates altogether — and possibly pushed out of the race — if they fail to reach new polling and fundraising thresholds implemented by the Democratic National Committee.

The dire stakes have forced many Democrats to turn away from Trump and turn against one another in recent weeks.

Diversity was an early focus.

Biden said Trump was tearing at the "fabric of America" and highlighted the value of diversity in his opening statement.

"Mr. President, this is America," Biden said of the diverse slate of candidates on stage.

"This becomes a moment we must fight for the best of who we are," Harris said. "We are better than this."

Booker jabbed Biden at times, even as he warned that Democrats were handing Trump an easy issue by ridiculing one another's plans.

"That, to me, is dividing a party and demoralizing us in the face of the real enemy here," he said.