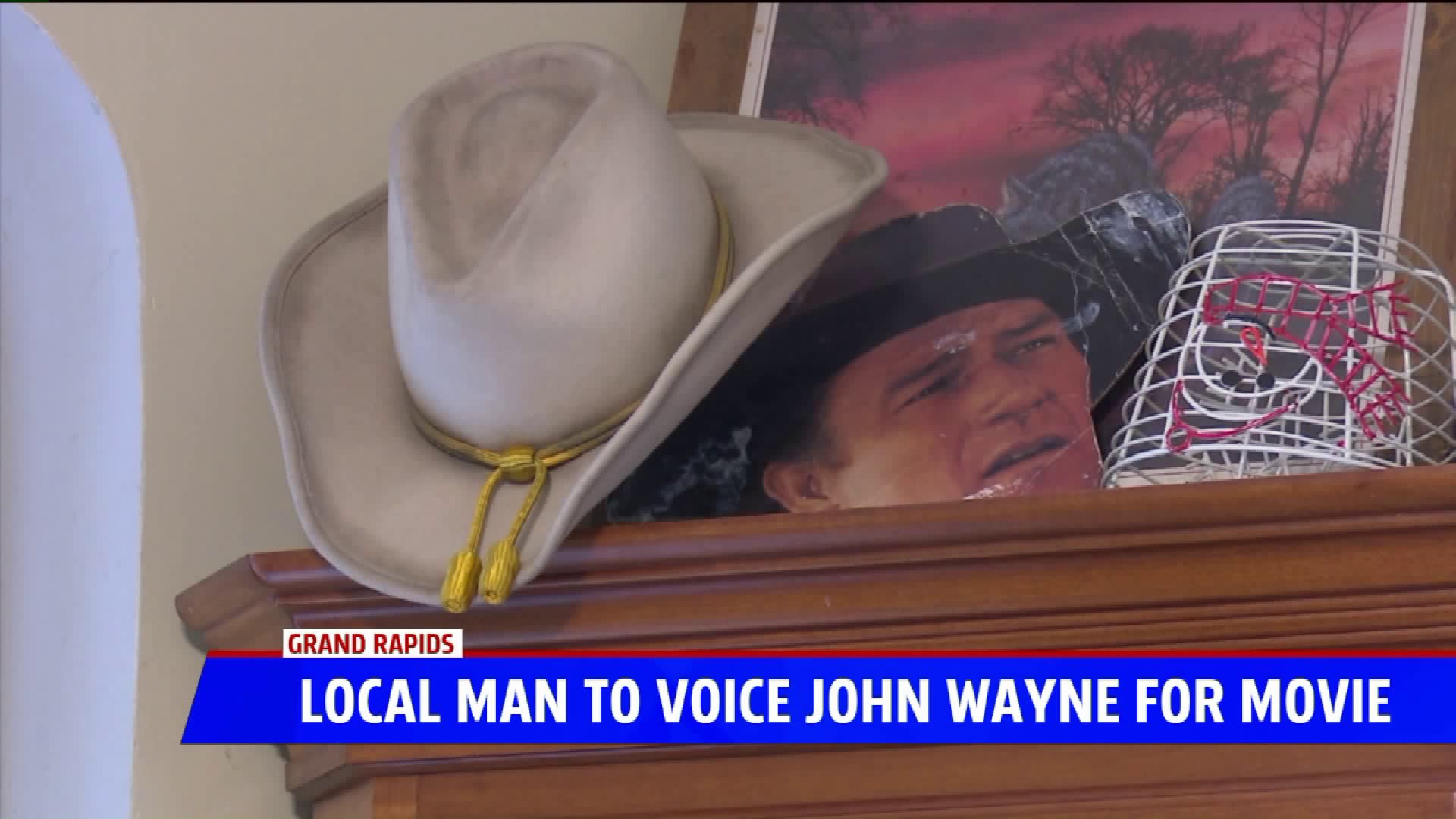 GRAND RAPIDS, Mich. — Todd Wolf has spent the last 40 years impersonating actor John Wayne and has been hired to voice the actor in a new documentary film.

Wolf never thought he would end up in the movie business. But since he was nine years old he has been

impersonating his favorite stars of the silver screen.

Throughout life, he has been told his voice closely resembles that of "The Duke". But only in the last decade has he been trying to make something of his unique voice. He began performing at LaughFest in 2011.

People started to contact Wolf after he began posting videos of his impressions on YouTube. Eventually, he was contacted by a producer named Rick King, who was working on a film about a theater in his own hometown of Baytown, Texas.

While doing research for the film, King came across a box of items that once belonged to the theater's former manager. In the box was a Western Union telegram from John Wayne to the manager of the theater.

“While working on the film, it crossed my mind I would love to find someone who could imitate John Wayne and read this telegram," King said.

Unsatisfied with any of the professional voice actors he was seeing, he did a simple Google search for John Wayne voice impersonators. He ended up finding a video of Wolf. "He sounds so much like John Wayne in that.”

Todd was sent to River City Studios to record his part. The film is now set to premiere in Baytown on Aug. 23.

Wolf is trying to raise money to travel with his daughter to the premiere. If you would like to donate, he asks you to send money to his PayPal account at 616-644-7133, Care of Todd Wolf.