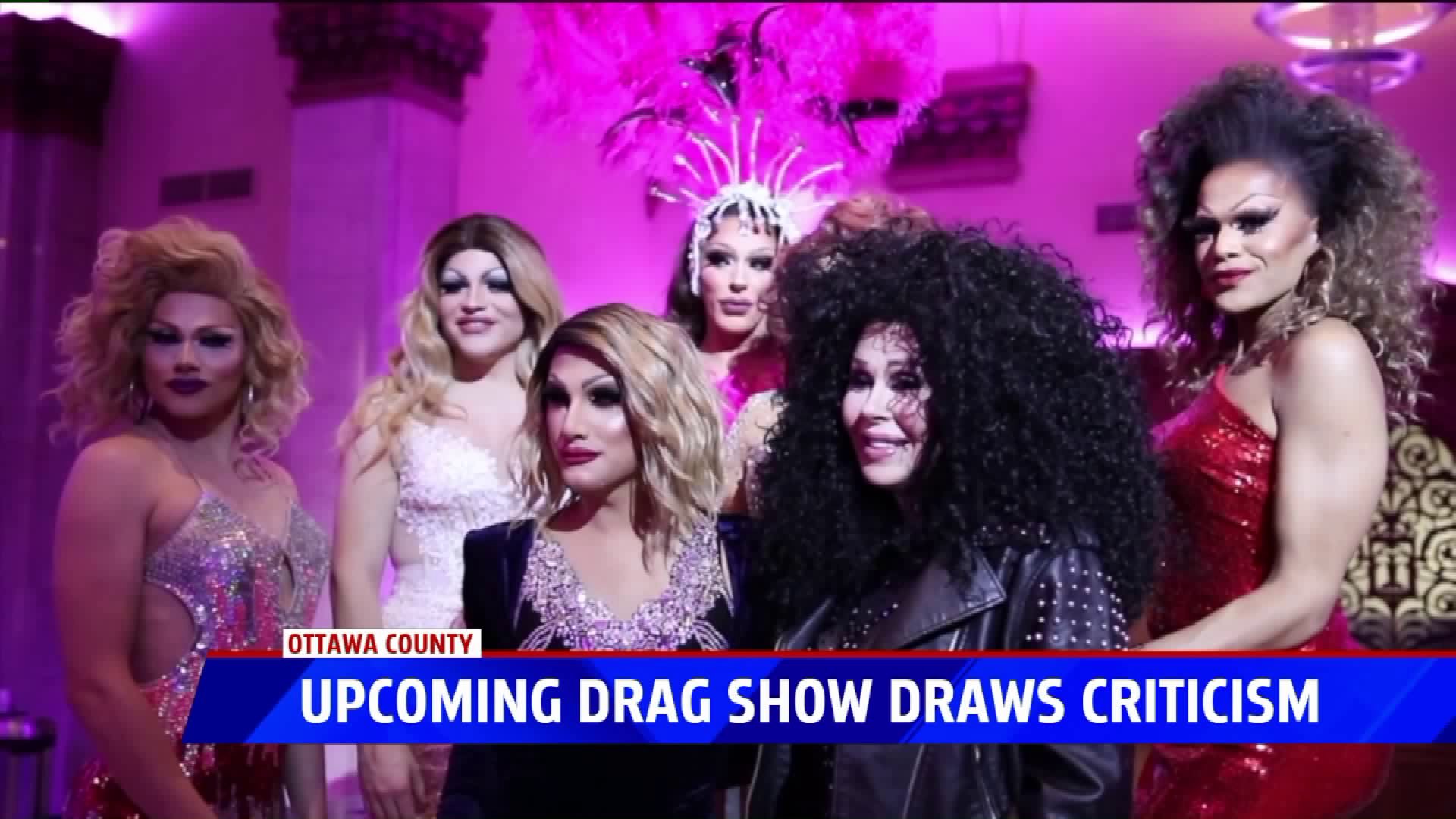 HOLLAND, Mich. — A drag show coming to the Holland Civic Center is drawing criticism from some residents, including the mayor, who say they are concerned about the values of their city.

When the theater announced Michigan Drag Brunch would be performing two shows in Holland on July 28, Holland Mayor Nancy De Boer expressed her feelings during an appearance on WHTC's "Talk of the Town" on July 18.

“I can’t tell you how hard, how hard that is for me," De Boer said in response to a listener who called in to the radio show to express her own concerns about Michigan Drag Brunch.

The listener said Michigan Drag Brunch is a "girly show" that is "downgrading to the city of Holland." De Boer said she agrees.

Michigan Drag Brunch is a two-hour drag show that includes brunch. Part of the proceeds of each performance benefit HQ, a center for homeless youth.

“We don’t care who you are," says producer Trevor Lee Straub. "Come laugh with us. Come have a cocktail. Enjoy delicious food and a unique type of entertainment throughout the entire state.”

Straub started Michigan Drag Brunch a year ago with his business partner. Since then, the group has expanded to Detroit and set the record for the largest drag brunch in the world. Straub said they hope to spread a message of diversity and acceptance in the process, which is why to them, the mayor's comments are disappointing.

“It’s 2019. We all breathe the same air and live in this world together and the only way that we’re gonna get through this life is just with love and open arms and it shouldn’t matter who you are, what you do or where you come from," Straub said.

De Boer tells FOX 17 the city of Holland hires a private company to run the Civic Center because "we are not in the entertainment business." She said the center holds a variety of events. De Boer did not comment on her radio appearance.

“I think when you’re a leader of a community, it’s important to hear all voices, you know and to not just be one person speaking so proudly for everybody," Straub said. “I think it’s important for their culture and the success of Holland and it’s just important to accept all types entertainment, whether you agree with it or not, it’s okay.”

Straub said on the same day De Boer was on the radio, Michigan Drag Brunch sold out both shows in Holland. When they added 50 extra seats to each show, those also sold out.

Still, Straub said if De Boer has a change of heart, they will make room for the mayor.