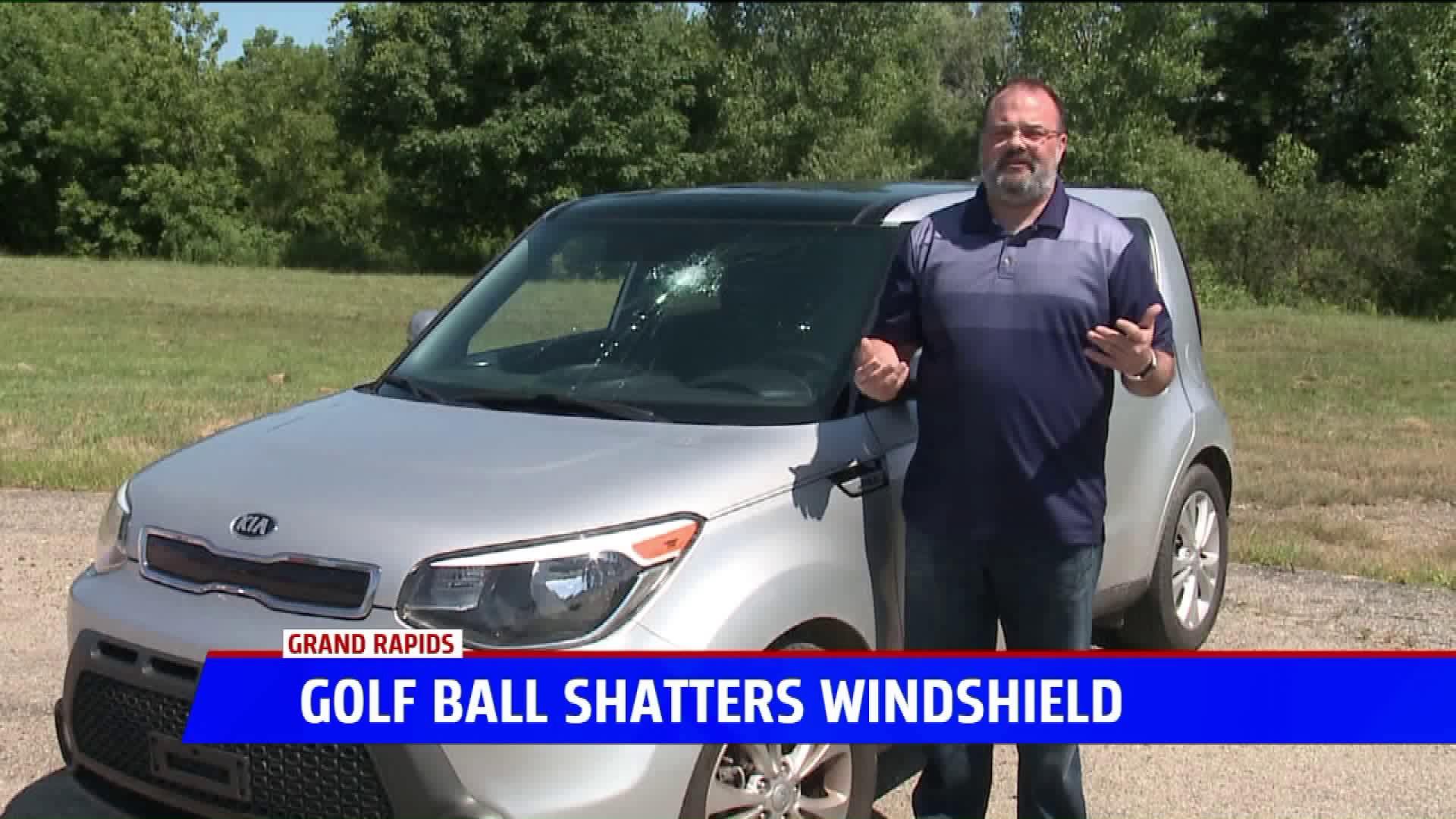 GRAND RAPIDS, Mich. — An income tax increase helped pay for the redevelopment of the Indian Trails Golf Course in 2010. But now, some of the residents that paid for it are concerned about golf balls flying into traffic.

One of them said a ball smashed their windshield and nearly caused a crash.

“It was just a matter of a couple of seconds and all of sudden we heard a giant bang,” says Brian McGinness.

The golf ball came flying from Indian Trails Golf Course and smashing into McGinness’ windshield Sunday evening as he and his wife drove down 28th Street.

“I freaked out, kind of hit my brakes, I looked in the rearview mirror and saw that there was another car coming it was just moments before they would have ran into me, they weren’t paying attention either,” McGinness said of the sudden encounter.

He and his wife were covered in glass and upset — and when they went inside to report it to the golf course, they were told this happens all the time.

“Ya know it starts to become, in a today’s world, a liability issue and I think the fact that it’s gone on for so long and there’s been so many people I think it’s more of a neglect now,” McGinness says.

“With the investment that was made at the golf course here over the last couple of years there was some reconfiguration of holes as well to redirect some of the balls from going directly into the street,” Marquardt said.

With Indian Trails being a teaching course balls are bound to fly, but McGinness says there is something the city can do.

“Obviously it’s still very easily accessible to the road. I drive by other golf courses in the area as well and they have netting, whether it be along a highway or a road and you look at some of these other facilities around these sports complexes, they’ve got netting,” McGinness says.

McGinness said he and his wife got lucky, but if this happens to someone else, he fears the outcome may be much worse.

“I can take care of this and get this replaced. But what’s going to happen tomorrow, tonight? What happens if something like this happens and it hits somebody, and they cause a giant pileup?” he said.

The golf course did let McGinness look around for the golfer, but no one came forward.

At this point there is no plan to put up a fence or net, but Marquardt says it will be considered.