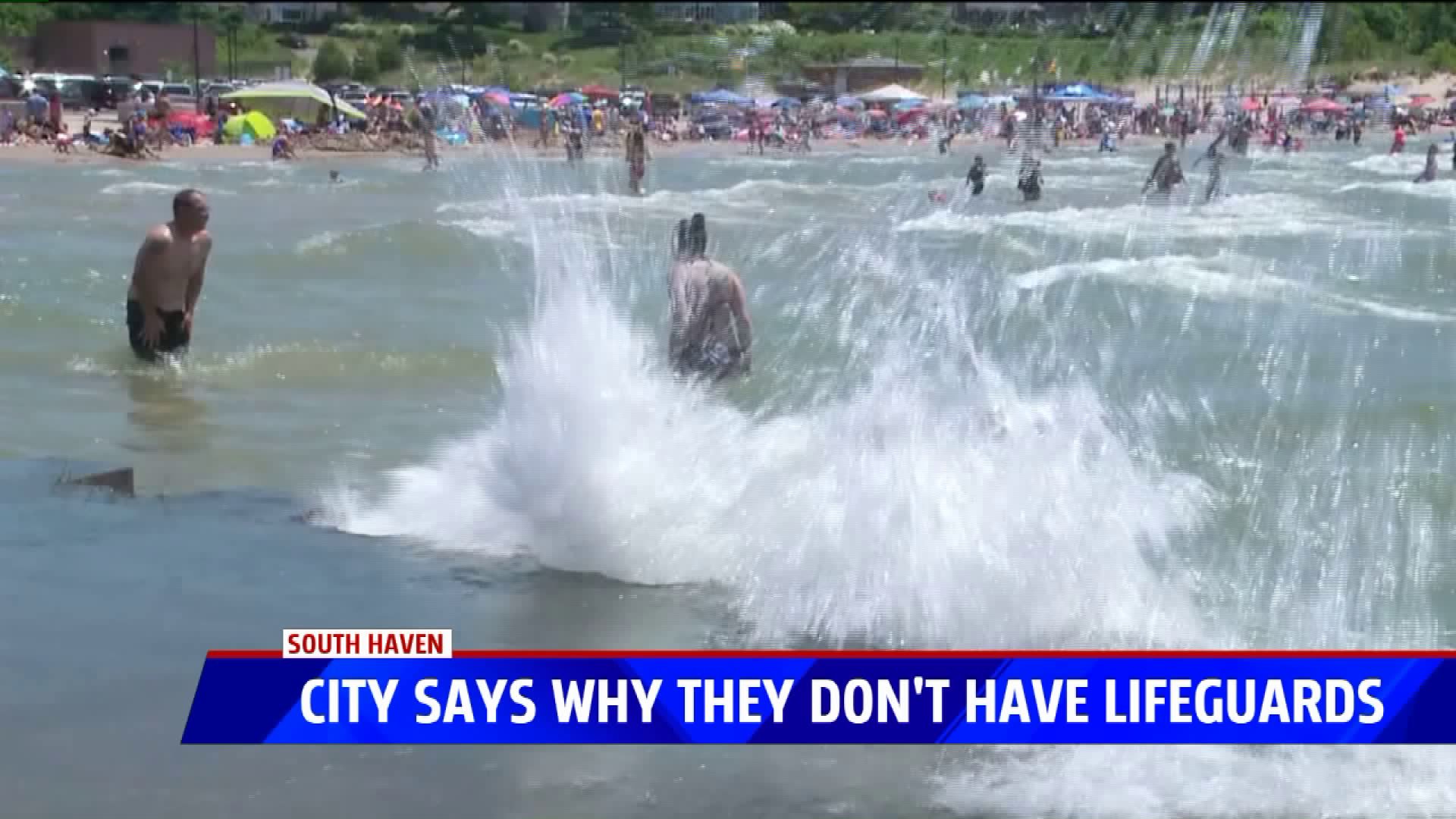 City of South Haven says all officers trained to be lifeguards

“I never seen it like this in my whole entire life,” Pratt said during an interview on the pier. “It’s just crazy, going over there like it does. Doesn’t seem to want to stop either.”

Wave after wave crashed against the pier Monday afternoon. The flags at the beach were yellow because of it. And the sign posted next to it read what the three different color flags meant:

On Saturday they were red.

“We came in Saturday for the beach and we saw red flags up and it was really choppy,” said LeAnne Horn, a grandmother of six. “We just watched them every minute, make sure they have their lifejackets on if they go out in the kayak. But accidents can happen in just a brief minute.”

Saturday around 12 p.m. a 13-year-old boy drowned near the beach. When first responders arrived minutes after the calls came in, they found him 100 yards away from South Pier.

“We had approximately 10 individuals between the South Haven Police Department and the South Haven Area Emergency Services on the scene rendering aid,” said City Manager Brian Dissette. “The victim was under the water for quite a while. As a result life-saving efforts were not successful.”

Dissette said the first responders who tended to the boy served as lifeguards that day. In fact, all of the city’s police officers and firefighters have been trained to respond to water emergencies. They were required to do so when the city decided to end the formal lifeguard program 15 years ago. They're trained multiple times a year.

“Over that past 15 years we’ve made investments in on-site call boxes at the North and South marinas,” Diskette said during an interview at City Hall. “We have seven bathing beaches. Each of those is equipped with beach warning flags. We have throw bags and life rings mounted on the North and South Pier.”

He said responders also carry with them defibrillators and life jackets on a daily basis. However, as equipped as they are, he said it's important that beachgoers simply not enter the water when it’s high.

“I think you have to be more cautious now because of all the flooding. See over here it’s flooding” said McKenna Berry pointing at the water coming over the pier. “It’s probably not a safe place to go. But I think you just have to be cautious especially with your kids.”