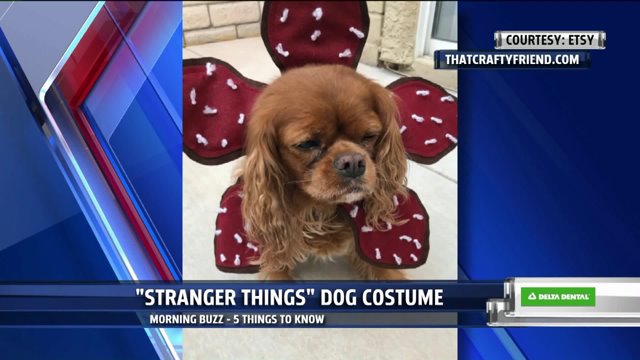 Deputy Cheif Eric Payne will take over the position from former Chief Rahinsky, who announced his retirement last December.

Payne has been with the department for more than 30 years and is the city's first African-American Chief.

The city says it will schedule an open house in the coming weeks, so the public can meet him.

The Grizzly James Street Party aims to bring together music, food, and drinks. It'll take place on Saturday on the street outside the restaurant Zoko 822 on Ottawa Avenue.

Festival headliner Gunnar and the Grizzly Boys will take the stage at 8:30 p.m.

3. Amazon Prime Day is here! Prime Day is like Black Friday in July, where people can get huge deals on top brands, and spur-of-the-moment "lightning deals."

4. Higher gas prices could soon be a reality thanks to Hurricane Barry.

Rising oil prices have been causing the national average price of gas to go up recently.

Now the storm could cause some of the country's major gasoline refineries to shut down, driving prices even higher.

Overwhelming rain could also cause some refinery outages, and constrict fuel supplies along the Gulf coast.

5. It may still be summer, but it's never too early to start thinking about your pet's Halloween costume. In honor of season three of the hit Netflix show, "Stranger Things," one Etsy designer is making Demogorgon costumes for dogs and cats.

The costume will help fans turn their pet into their down Demogorgon without the hassle of a trip to the upside down.