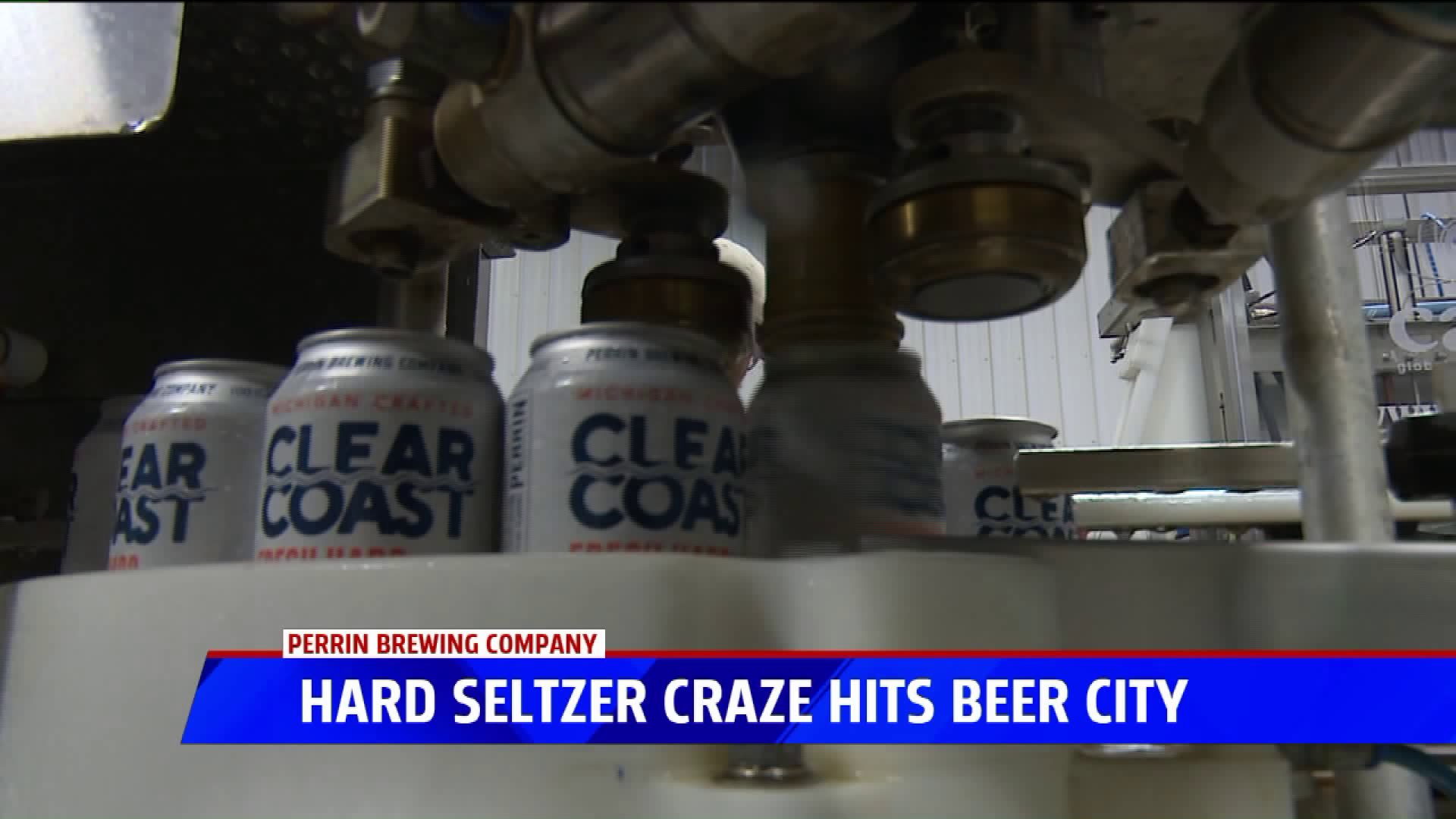 GRAND RAPIDS, Mich. — A Grand Rapids brewery is getting in on a growing trend in the alcohol industry.

Hard seltzers made by companies like White Claw and Truly are becoming more popular — sales are up nearly 200% from last year. Perrin Brewing Company is getting on board, offering the only Michigan-made craft hard seltzer.

“Sold out over the first weekend. People really wanted it,” said Connor Klopcic, a brewer. “A lot of people say it’s nice having a local option. Instead of just White Claw and Truly.”

Perfecting the drink took Perrin’s brewers a lot of practice.

“We wanted to see if we could even do it. We didn’t know we could,” Klopcic said.

“It is really our answer to it. Because it was taking up a large market share,” Klopcic said. “Now we can start growing with the overall category, instead of being scared of it.”