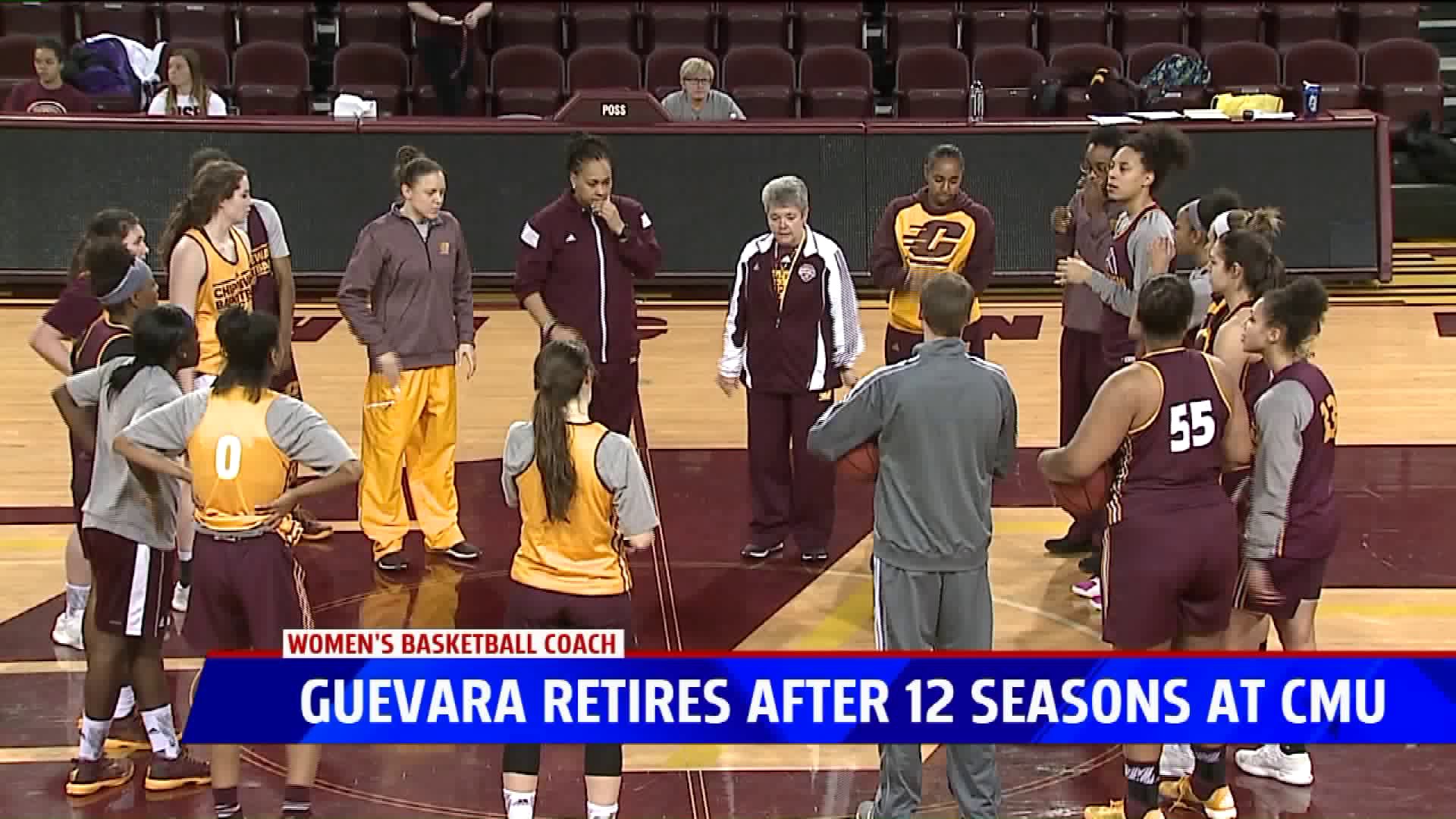 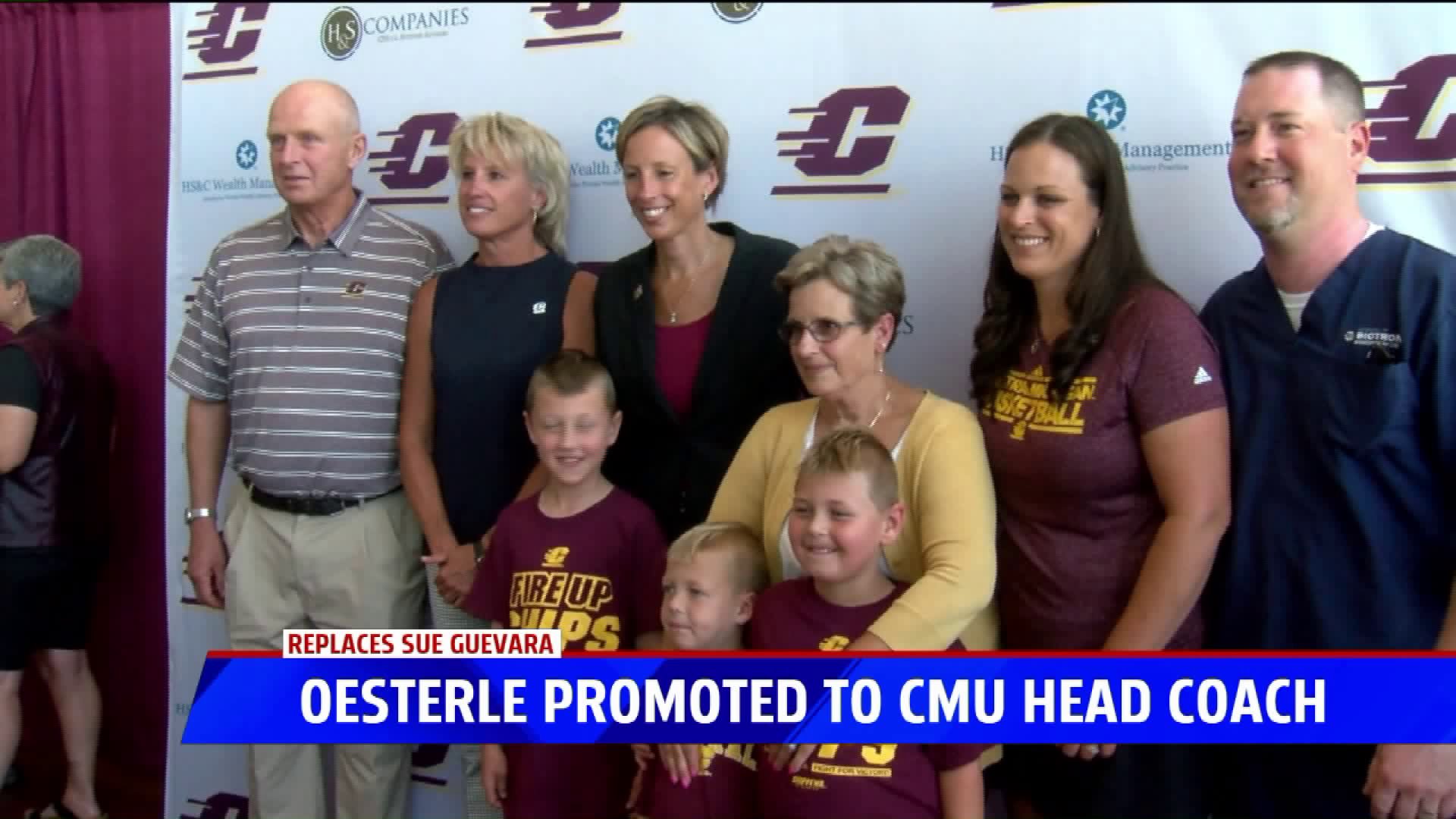 MOUNT PLEASANT, Mich. — For the first time in over a decade, Central Michigan’s women’s basketball team won’t be under the leadership of Sue Guevara.

Guevara announced her retirement Friday morning after taking a few months after the season to think about the decision.

“Not many coaches these days get to leave on their own terms, they just don’t,” Guevara said. “I do. I have lived my dream. Central Michigan — I love this place, I said ‘it has been my dream job, and when I retire, I will retire from Central Michigan.’”

She informed the team Friday morning, shortly before the announcement became public.

“We went into spring workouts and I went in and I could feel it,” Guevara said. “I could feel like I wasn’t giving everything I had and that’s not fair to our players. They deserve the best.”

She finished her career with 231 wins — the most in program history — and two NCAA Tournament appearances, including one trip to the Sweet 16.

Replacing Guevara will be Heather Oesterle, who spent the last nine seasons as an assistant coach at CMU. Their relationship dates back to when Guevara was recruiting Oesterle to play for her at the University of Michigan.

Guevara described Oesterle as the perfect person to take over the mid-major power CMU has become over the last 12 years.

“Whatever you ask Heather to do, she’s going to take it to the nth degree and do it … She makes sure that everything is done with detail, and that’s what you need,” Guevara said. “You need someone that’s going to work their tail off and love what they do because if those kids see how much she loves what she does, they’re going to go through a wall for her too.”

“We’ve been talking about it for a long time and had a great conversation Wednesday night for a few hours where she went through an intensive interview,” Alford said. “(She) really excelled, one of the best interviews I’ve ever had.”

Alford began evaluating her prospects as a head coach after becoming the athletic director two years ago. He said she was proactive in making herself a head coach candidate, and would make a great person to transition to the next era of CMU basketball.

“She’s a leader already in the department as an assistant coach, so it’s a great transition. You always look at what’s best for the program, and this a great time for a transition for this program,” Alford said. “This is a program that’s not broke, it’s still on the rise and Heather is gonna take us there.”

Oesterle said she has received other job offers over her career in coaching but declined all of them to stay under Guevara’s mentorship.

On Friday, she officially received what she described as her dream job as CMU’s head coach.

Oesterle repeatedly credited Guevara for her mentorship over the last nine years, but said she had one big takeaway.

“I think the biggest thing I’m going to take away from her … just the relationship she has with the players. I think they would run through a wall for her, I know I would as player when I played for her,” she said.