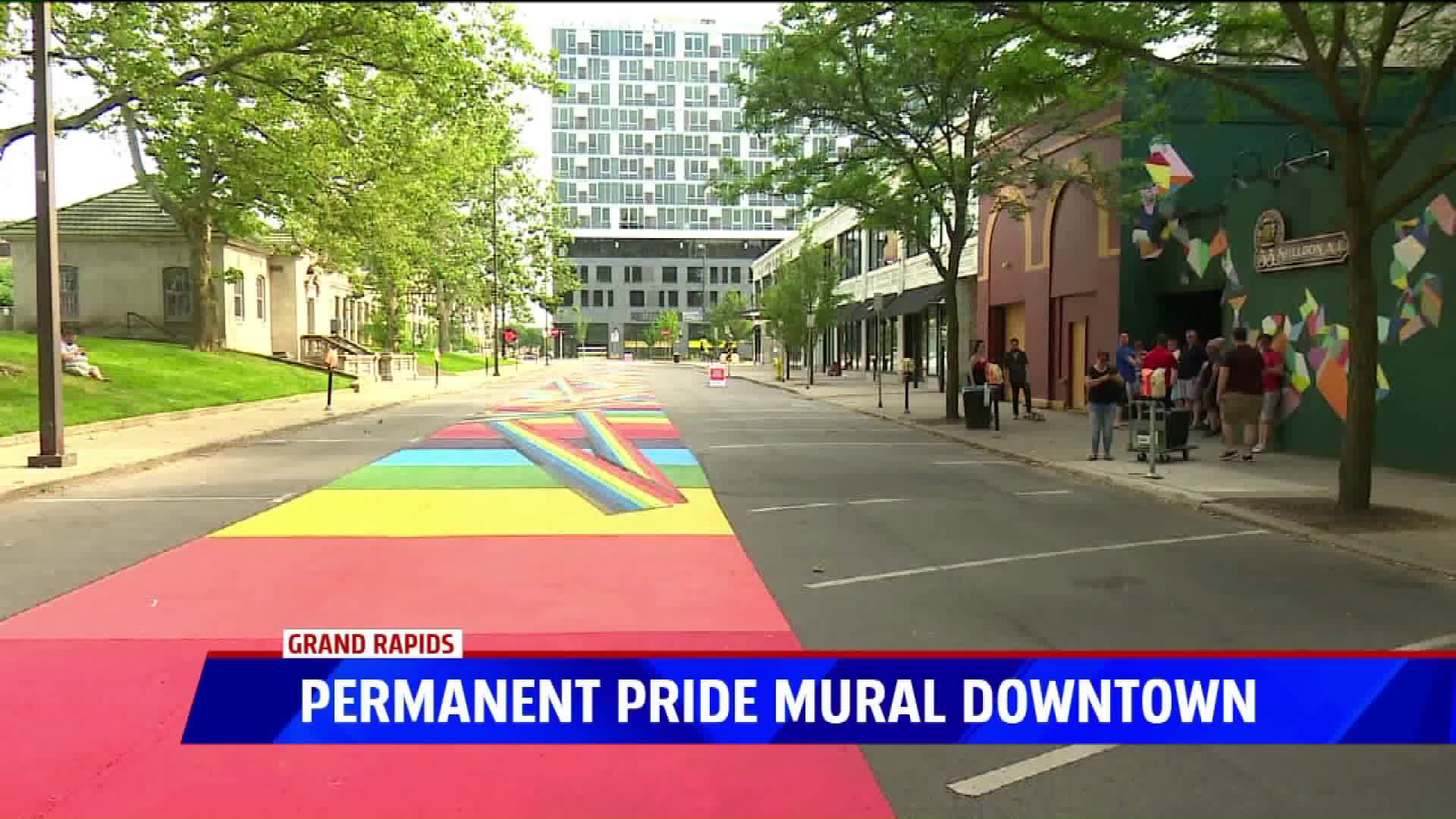 GRAND RAPIDS, Mich. — An entire Grand Rapids road has been permanently transformed into a mural for LGBTQ pride.

The pride mural on Sheldon Boulevard is the first street mural in the city and for many, the now-brightly-colored road means a whole lot.

For the past seven days, Detroit artist Joey Salamon and three assistants put 40 gallons of paint on top of Sheldon Boulevard.

"My idea for it, is that it will become a destination thing that people will come down and take pictures with it," Salamon said.

“Rainbow Road” is now one of the largest public art installations downtown.

"We were trying to do a crosswalk mural and it turned into something so much larger so it’s been an ongoing process, but we are super happy that we could make it come to fruition," said Kimberly Van Driel, special events manager at Downtown Grand Rapids, Inc.

It's an idea that came nearly seven years ago from the owner of the Apartment Lounge, a historic gay bar that sits on Sheldon Boulevard.

The mural commemorates both Pride Month and the 50th anniversary of the Stonewall riots.

"I went to school at Grand Valley here, and came out around that time and being able to come back to the same city, 10 years later and do a project like this, it makes that full circle," Salamon added.