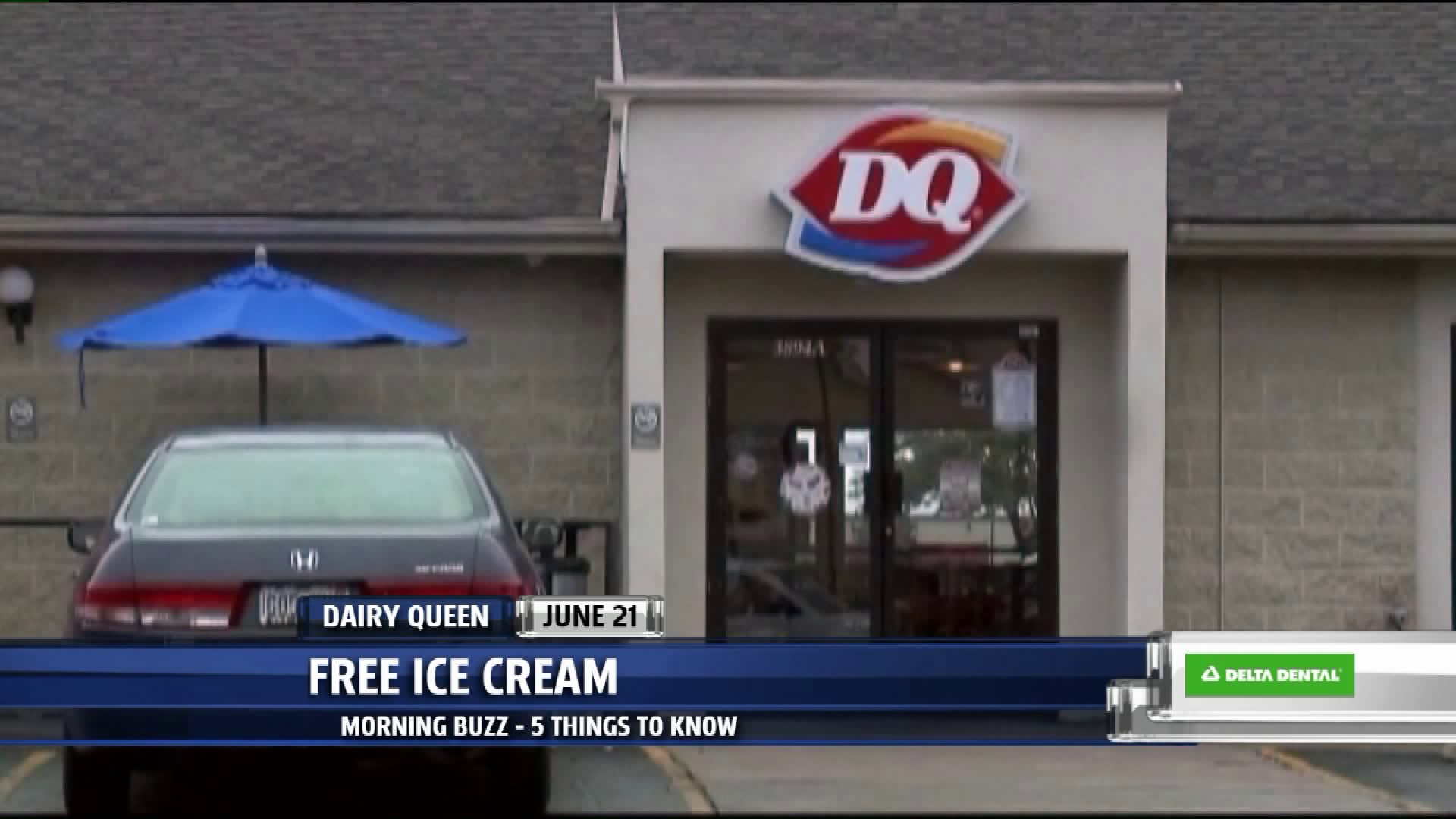 1. Two Hearted Ale is once again America's Best Beer for the third year in a row. Bell's Brewery's ale ranked number one in the country by Zymurgy Magazine for the third consecutive year.

Zymurgy Magazine asks members of the American Homebrewers Association to choose up to five of their favorite commercial beers available in the U.S.

The association, which publishes the magazine, has run the survey for 17 years.

2. Kids have the chance to get some free jump time at the grand reopening of Sky Zone in Kalamazoo.

The updated location comes with an all-new warrior themed course.  Kids of all ages and even adults are allowed to play on the attractions.

To celebrate the store revamp, kids jump for a half hour for free from 9 a.m. to 2 p.m. on Friday. There will also be raffles and prizes for the kids from 12 to 3 p.m.

3. A popular tourist destination along the lakeshore is unveiling some upgrades. The musical fountain in Grand Haven will reopen tonight after being closed for a $150,000 sound system renovation.

The previous system was 20-years-old, and the audio became distorted. Crews will also be fixing up the Speaker Houses along the Grand River.

The upgrades are being funded by donations and community support.

Tonight's show will begin around 10 p.m.

4. 150,000 meals were packed up in just a few hours Wednesday thanks to the Heart of West Michigan United Way.

750 volunteers took part in the Food From the Heart event at Van Andel Arena, helping to make sure young people that would usually be eating at school still have access to nutritious food during summer break.

This is the fourth year they've done something like this, and United Way says it hopes to grow the event for next year.

To make that happen, even more volunteers and donors will have to get involved.

5. As if Fridays aren't already fabulous, Dairy Queen is making it even sweeter. On Friday, they'll give customers a free regular or dipped cone with any purchase.

The dipped cones include the popular chocolate and Dreamsicle flavors.

But customers have to use Dairy Queen's mobile app to pull up a coupon for the free cone.