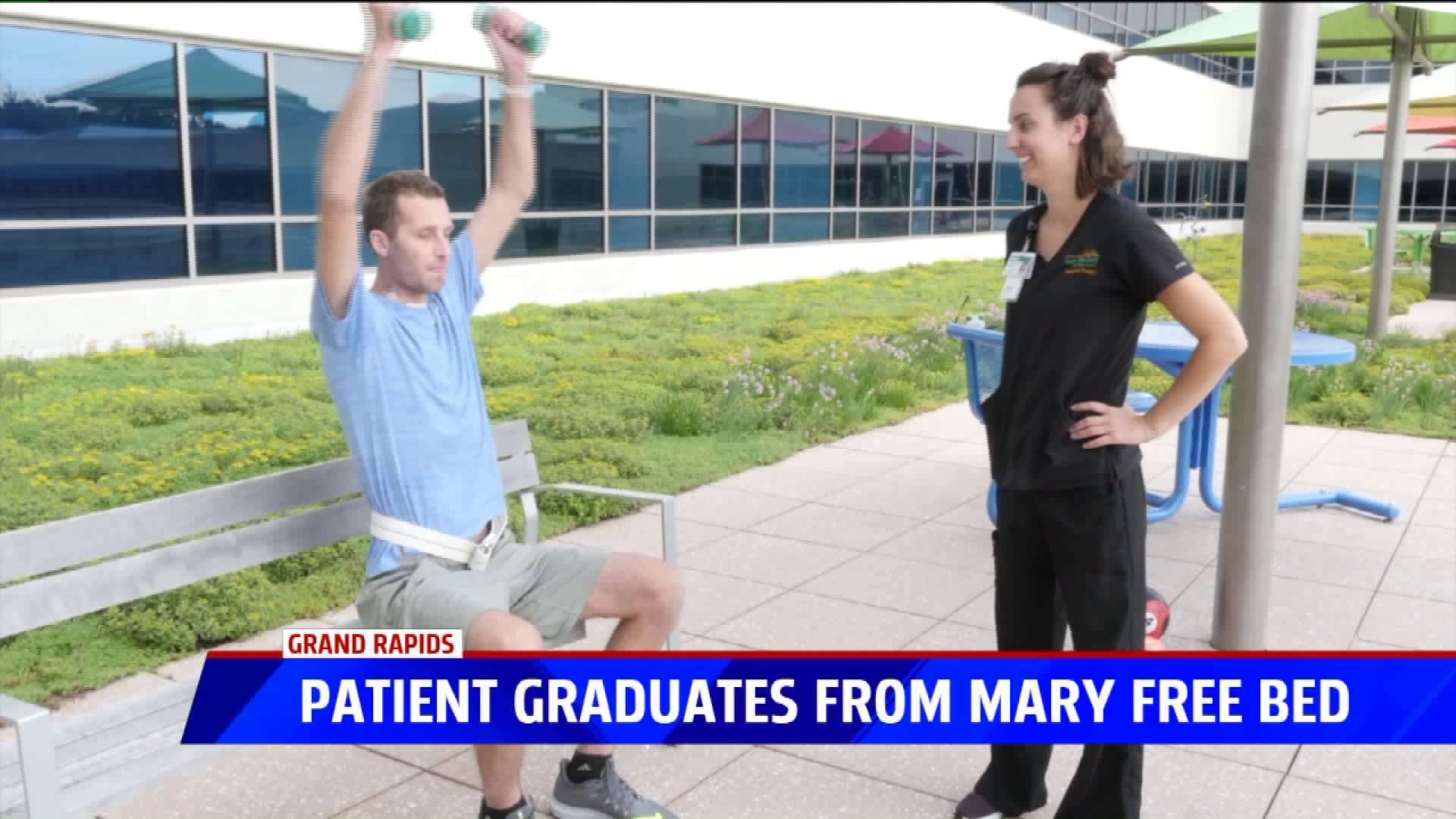 Danny Rodts remained a healthy and active person following his athletic career at Calvin College. But seven weeks ago, he called his wife April and told her he was having chest pain.

While on their way to the hospital, his heart gave out. His wife performed chest compressions until an emergency responder arrived with an automated external defibrillator and got his heart beating again.

Doctors still haven’t figured out why he had the heart attack.

On Thursday, Rodts and his wife finally got to return to their northern Michigan home after weeks of recovery.