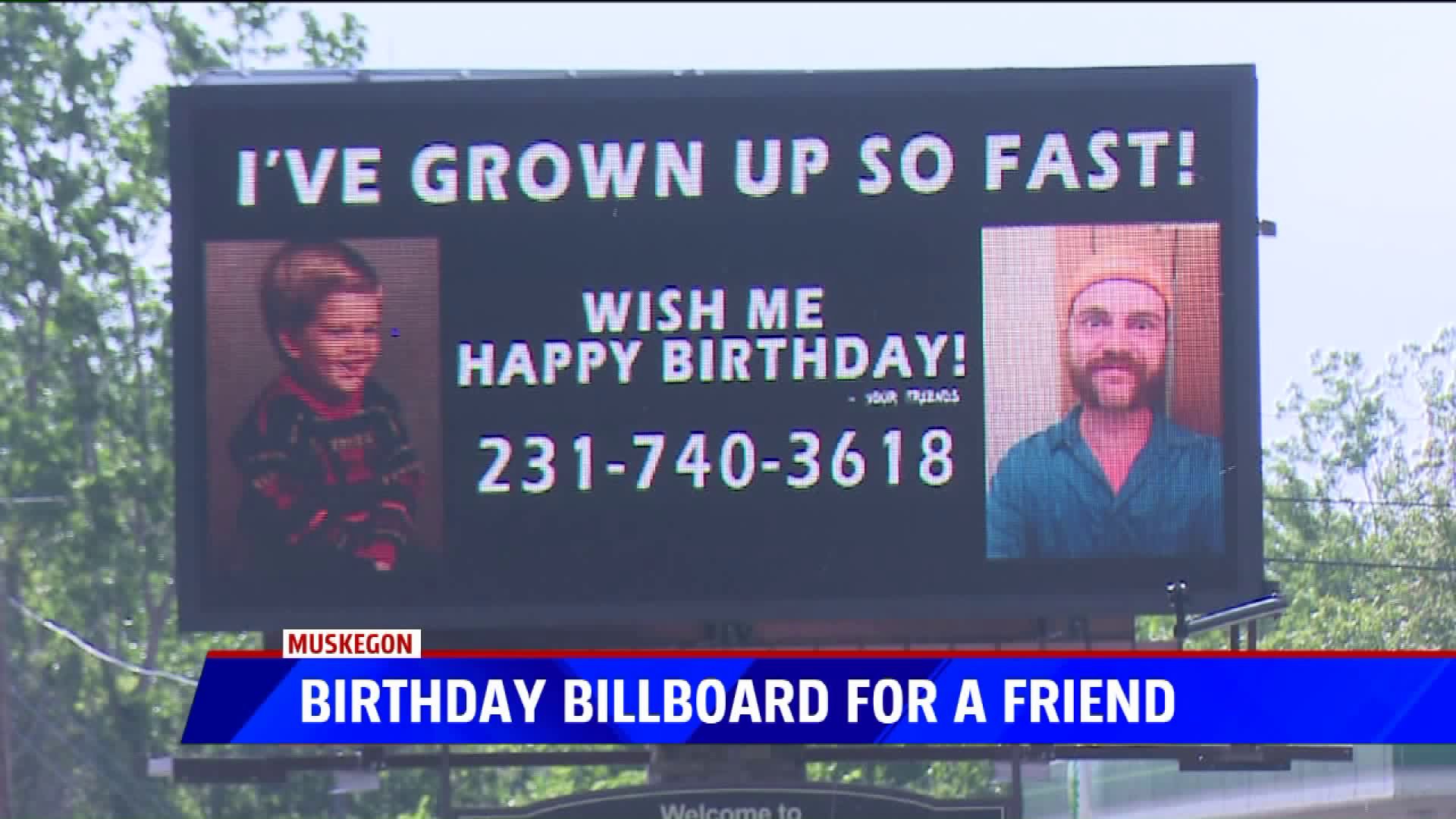 MUSKEGON, Mich. -- A  Muskegon man is celebrating his birthday with the help of hundreds of strangers. It’s in part due to an amazing prank his friends pulled on him.

Hundreds of people have reached out to wish him well, though most are total strangers.

"If you look through my phone it's all numbers that I don’t recognize at all. It has been entertaining to say the least," Johnson said.

So why all the random calls? If you’re driving in Muskegon, just look up for the answer.

I got a message on my phone and it was a picture of the billboard but the picture quality wasn’t the best so when I looked at it, I originally thought someone was just Photoshopping it in there," Johnson explained.

It wasn't Photoshop, it was a picture of a real billboard on Apple Avenue, a second one is on southbound US-31.

On the billboard is picture of Johnson as a kid next to a picture of him with a ridiculous mustache.

Smack dab in the middle is his cell phone number, asking passersby for birthday wishes.

Johnson's friends pitched in to make it happen and they’ve certainly got their money’s worth.

"He’s kind of the center hub of so many different friends groups, he’s friends with everyone so he’s easy to pick on, cause everyone knows him and he’s so easy going," Johnson's friend Nick Leisenring said.

"From what I've seen its it’s been pretty amusing, it’s exactly what I hoped for," Leisenring added.

Johnson says he's answered every text and call, even the strange ones.

It's clear his 32nd birthday is one he won’t soon forget.

"We’ll get a lot of laughs for a lot of years after this, I’m sure," Johnson added.

He plans to get his friends back. As for the details, he's keeping those under wraps.