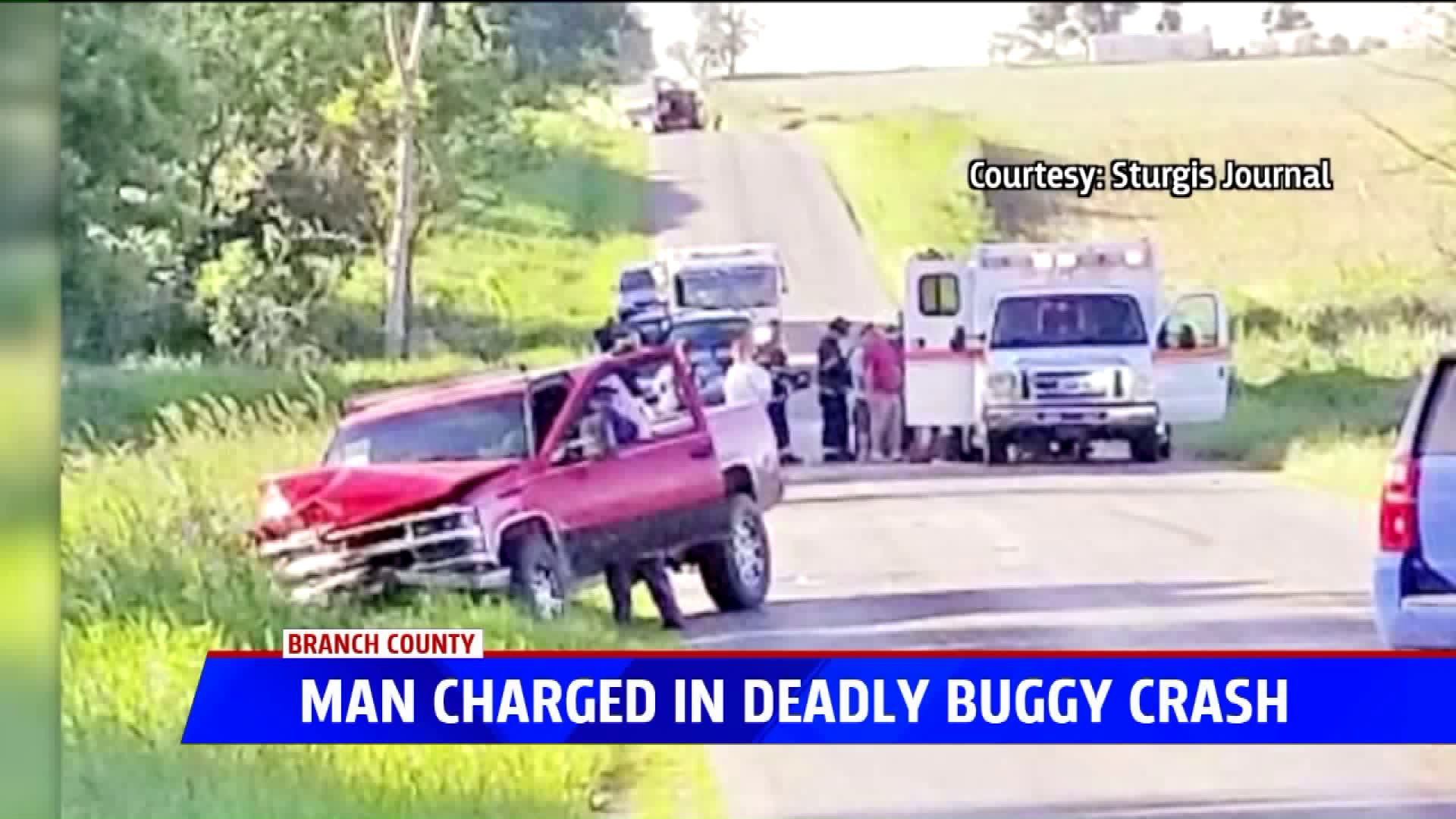 COLDWATER, Mich. - An Indiana man has been charged with operating under the influence causing death after three children were killed in a crash Friday night.

The crash happened on Kelly Road, when Tyler Frye, 21, crashed his vehicle into an Amish family's buggy. Two children died at the scene and a third died later at the hospital.

Michigan State Police say the buggy was on the shoulder of the road and cars were able to pass by.

"They have a right to the road just as any other person does in that area," says Sgt. Seth Reed of the Michigan State Police. "This isn't like a freeway where it is a limited access freeway where only motorized vehicles are allowed. This is a rural two-lane roadway, so they would be no different that a bicyclist or a jogger going down the road."

He will have his first hearing at a later date.