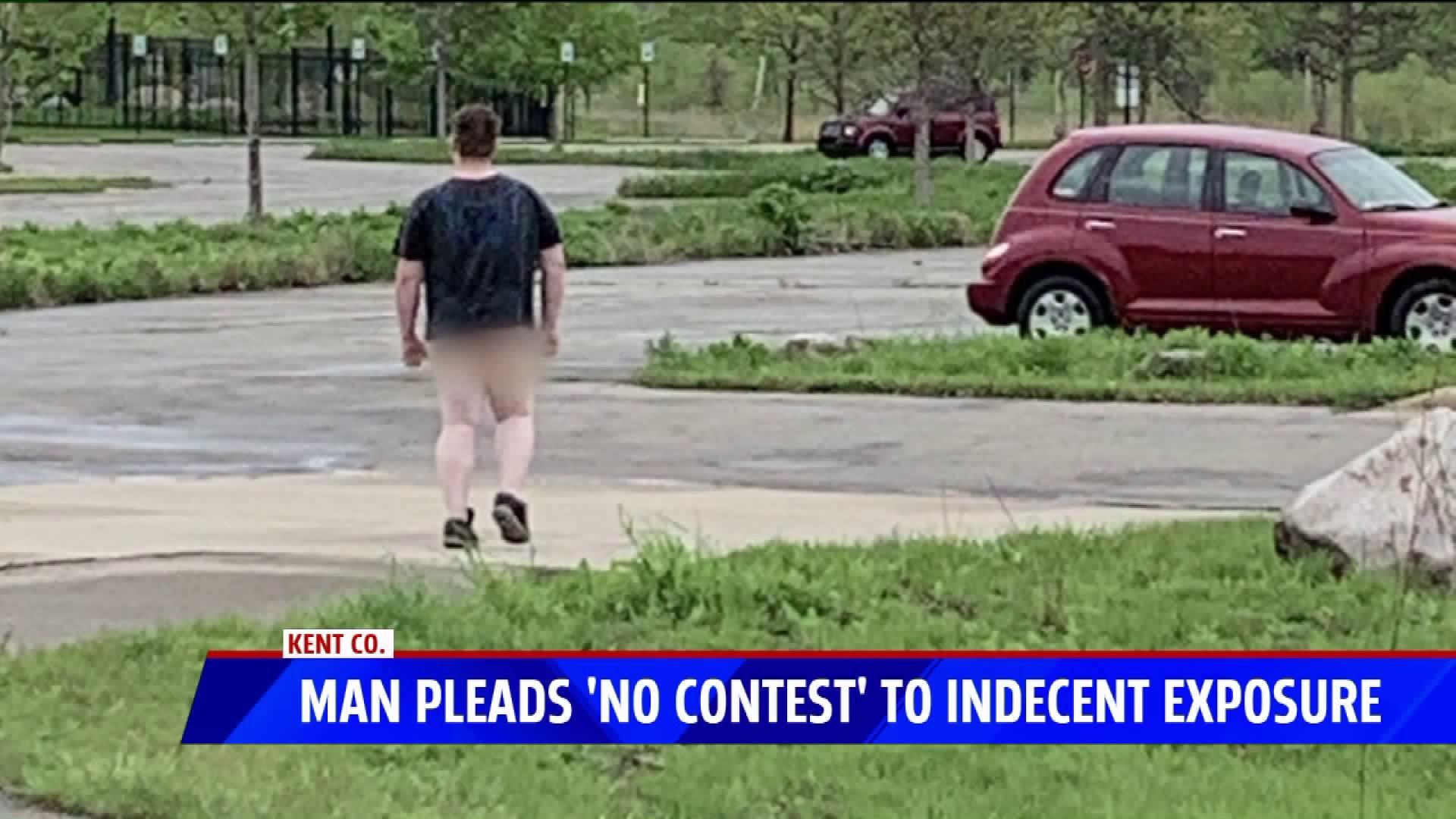 GRANDVILLE, Mich. - A man accused of exposing himself at two West Michigan locations has pleaded 'no contest' to charges.

Jacob Forbes faces a sentence of a year in jail and/or a $5,000 fine for indecent exposure incidents at RiverTown Crossings Mall and at Millennium Park on May 22nd. A surveillance photo at the mall and a walker at the park taking a cell phone photo of Forbes led to his arrest.

Forbes told the court that he had no memory of either incident because he was drunk and on drugs, and was off his psychiatric medications.

Forbes allegedly also exposed himself at the Target store that same day, but those charges were dropped in exchange for the 'no contest' plea.