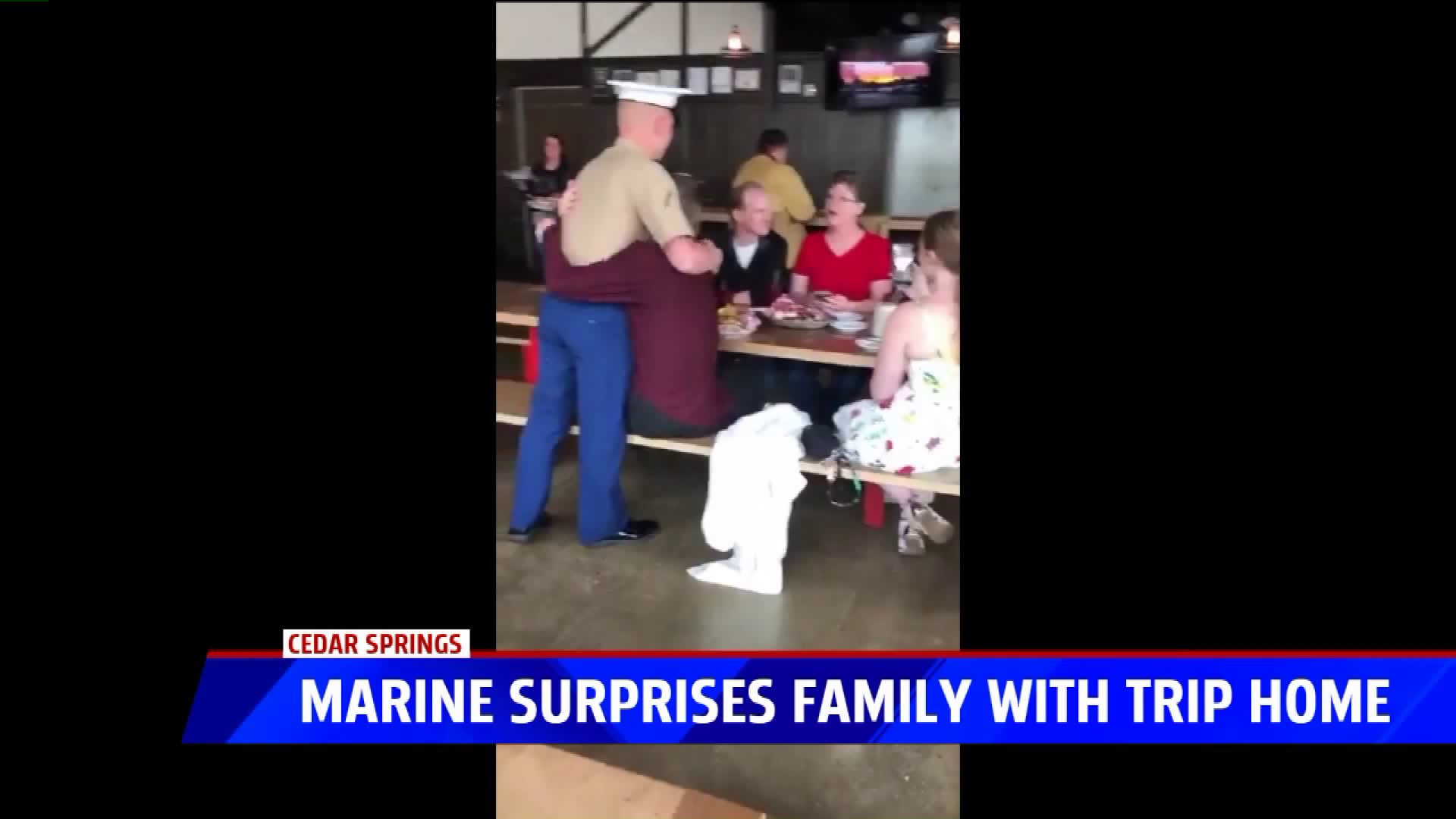 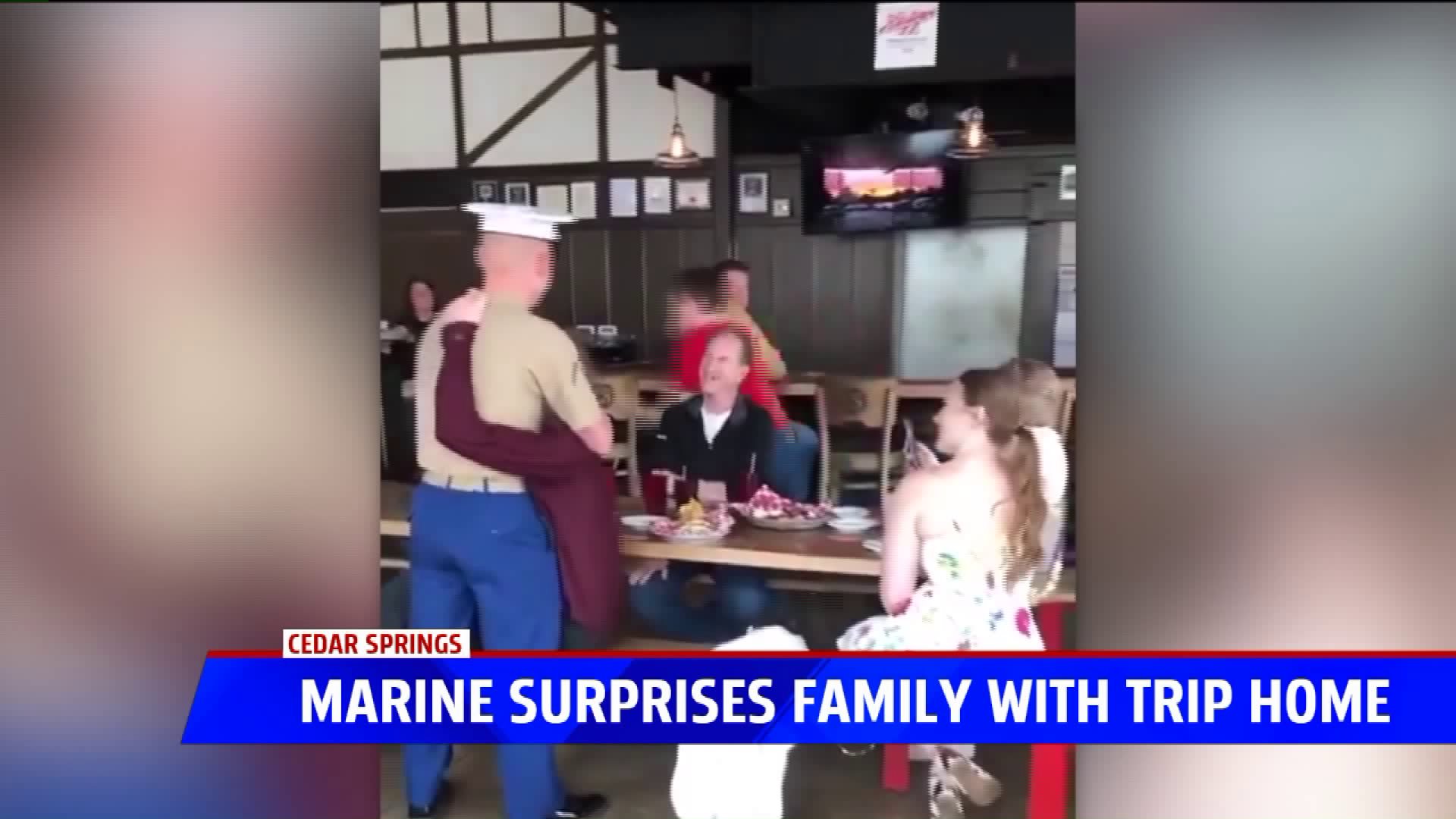 CEDAR SPRINGS, Mich. - A Cedar Springs student got a special surprise from his brother for his graduation.

Lance Cpl. Chase Swatzell originally told his family that he wasn't able to get permission to take leave for Devin's graduation, but he did.

He schemed with his grandmother and his fiance' to surprise the family while at Cedar Springs Brewing Company over the weekend.

They arrived at the brewery before the rest of the family and Swatzell hid in the back until everyone ordered their food.

When it was ready, it was time for the surprise.

"I knew my family's reaction after not seeing me for six months was going to be pretty intense, so I figured I would only carry one of their trays, so I carried out my brother's," Swatzell said.

"They were speechless, they weren't sure what to expect," Swatzell said of his family's reaction. "They 100% did not think I was going to be there."

Chase's mom and brother visited the Fox17 studio after the surprise. Check out their interview here: