HOUSTON — A child was taken to the hospital after getting struck by a foul ball during Wednesday night's game between the Chicago Cubs and Houston Astros.

Cubs outfielder Albert Almora Jr. hit a line drive in the fourth inning into the field-level stands down the third base line, where it hit the girl. He reacted just seconds after the hit when he saw where the ball went, and immediately went to a knee as he was visibly shaken by the incident. 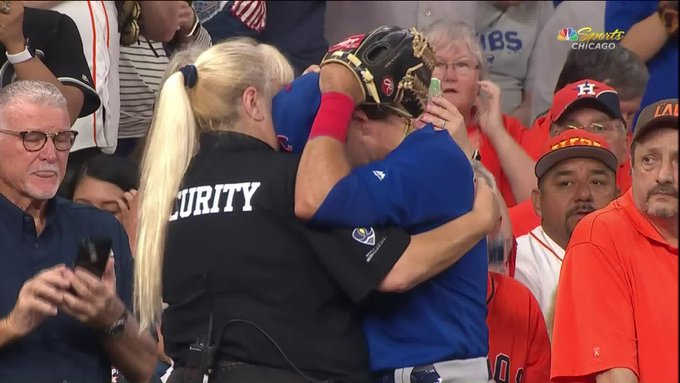 The game broadcast showed Almora speaking with a security officer at Minute Maid Park between innings. Still no update on the person hit by his line drive earlier in the Cubs' game with the Astros.

The game was stopped for about two minutes as stadium personnel attended to the fan, with players from each team taking a knee.

The girl was picked up by a man who appeared to be with her and he dashed up the stairs not long after she was struck. After the game, the Astros issued a statement saying the fan was taken to a hospital, but did not disclose any further details on her condition. 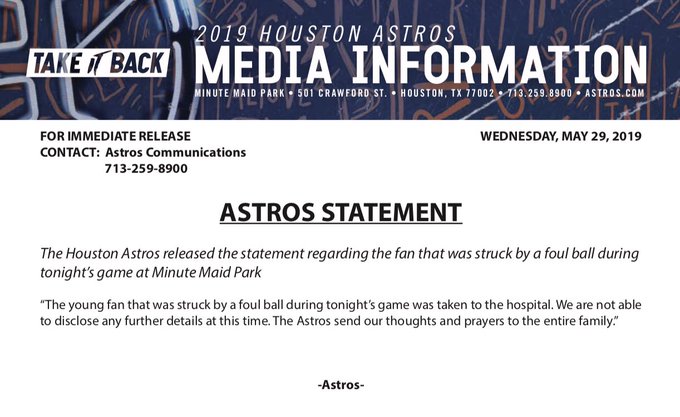 The Astros released the following statement. Our thoughts are with the entire family.

While he stayed in the game, Almora remained emotional over the incident, and after the bottom of the fourth inning, he ran over to a security officer near where the ball went into the stands to check out the condition of girl. He then became emotional and hugged the officer before being led to the dugout by teammates Jason Heyward and Javier Baez.