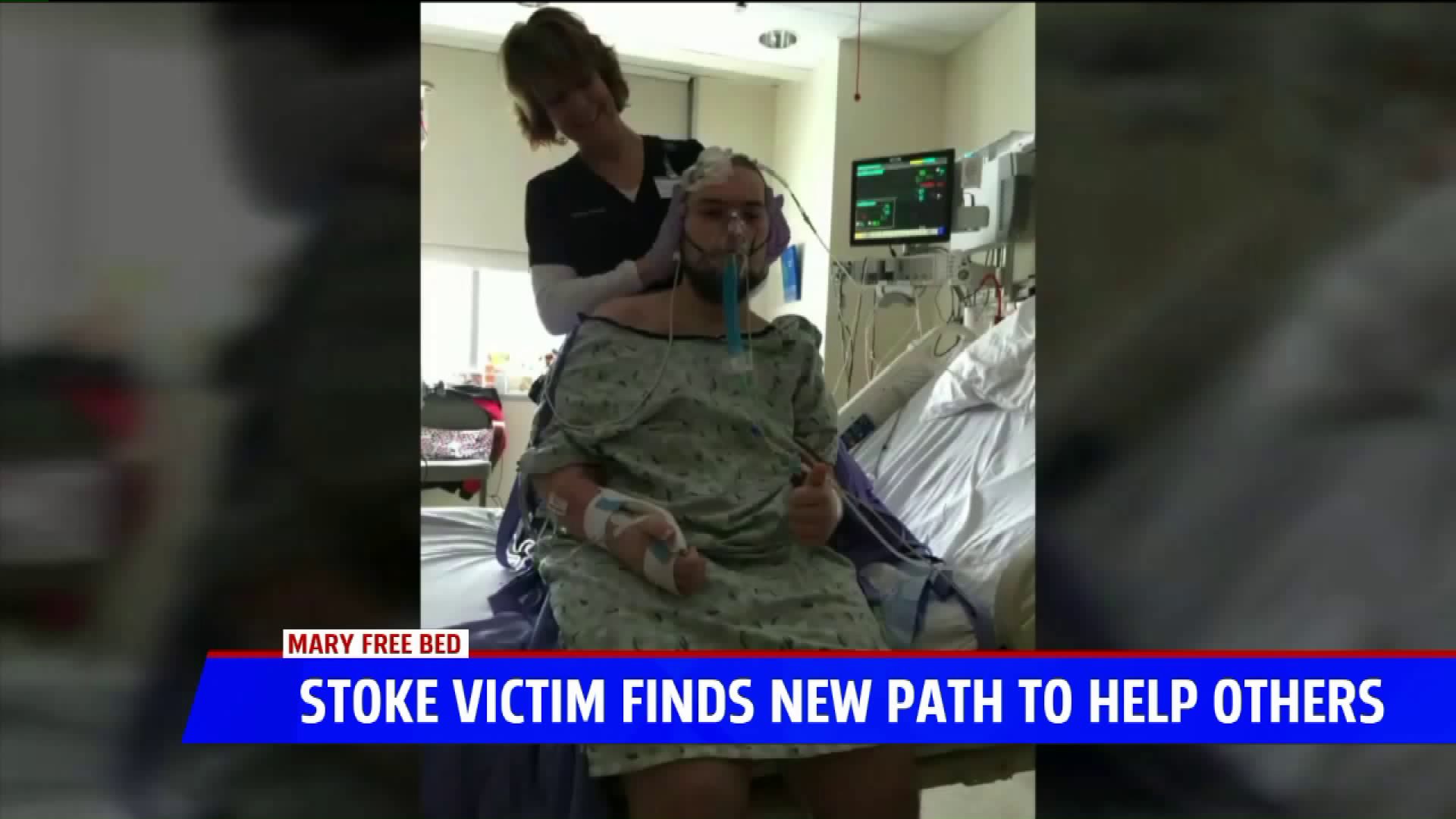 Randall has known Deederly for quite awhile.

These days, Deederly helps to keep therapy rooms clean, but that’s not how he first came to know the rehabilitation hospital.

In 2014, he was using a computer when he developed a splitting headache.

"At some point I started vomiting uncontrollably, and like projectile vomiting, and and so we called the doctor back," he said. "They told us to go to the hospital."

Deederly had a brain AVM, or arteriovenous malformation, a rare condition in which blood vessels tangle in an abnormal way.

It’s a condition that rendered him completely unable to speak or move.

"I didn’t think something like this could happen to me," he said.

A video on YouTube created by John's sister depicts what Deederly's life was like following his stroke.

He went through two intense surgeries to correct the issue over a slow and painful three years, but he never stopped fighting.

"It’s humbling to see from where I started to now," Deederly said.

Randall, who was his physical therapist the past few years, recounts, "I believe a lot of it was his family and his drive to do better and his faith."

After three years of slow improvement and incredible work, he went from being unable to move to doing push-ups and holding conversations.

While making air quotes Deederly said, "Everything is starting to get back to 'normal.'"

He is also attending occupational therapy school and working towards a career in physical therapy so he can help others the way many helped him.

"I do want to help people, like I guess, give them hope that they can get past whatever they need to get past," says Deederly.