Father trying to recover Green Dot funds to save home 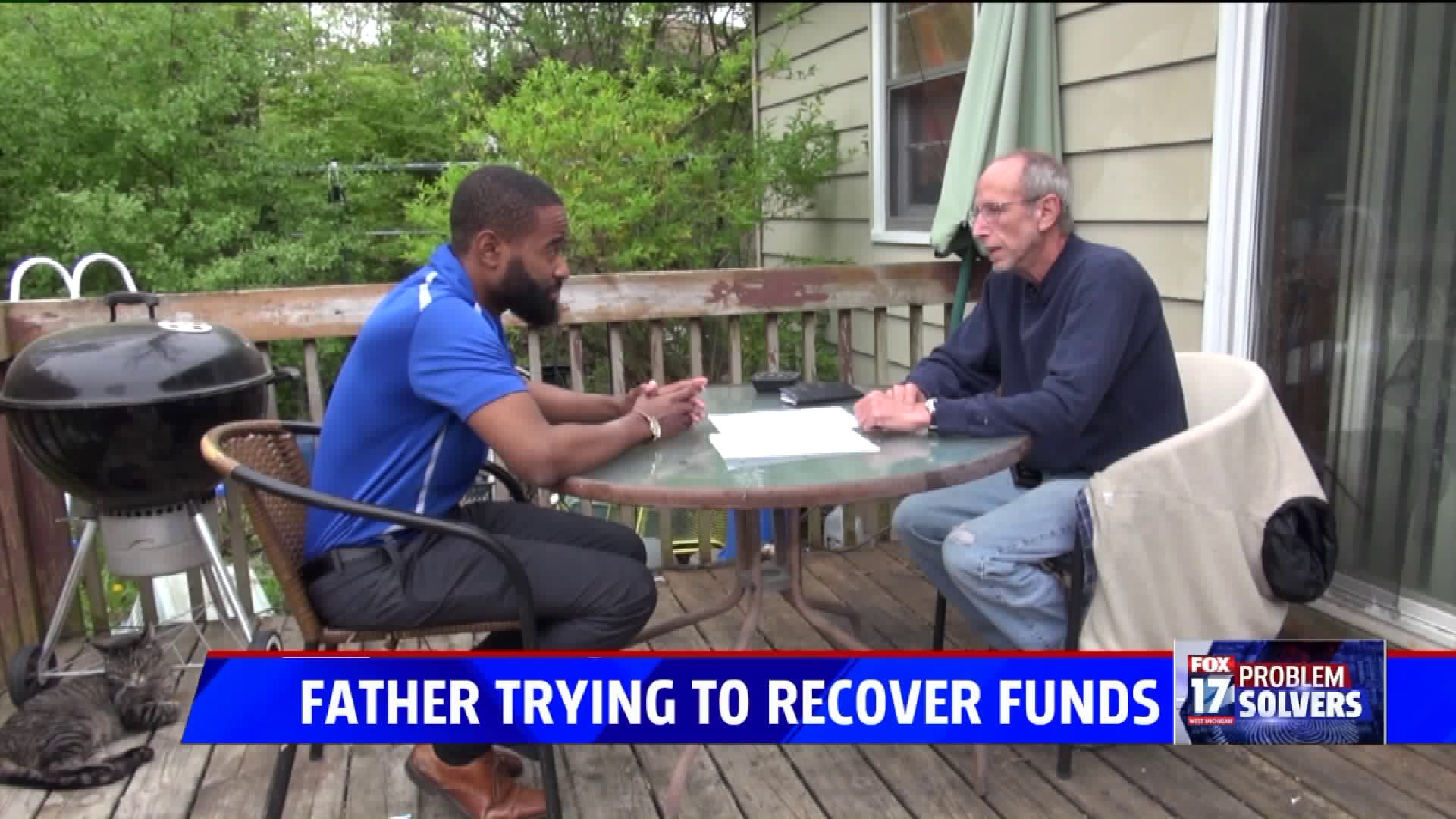 GRAND RAPIDS, Mich. -- Bob Stone said he's trying to keep a roof over his head while raising two teenage boys, but money his family put on a Green Dot card has become inaccessible.

"I'm about to lose my house because I owe taxes on it in another month so," he said.

Stone is depending on the federal tax refund he said he and his wife had direct deposited onto that Green Dot card.

He explained, "When my wife used it to pay a bill the ATM ate up the credit card, ate up the card, wouldn't give it back. So that's when we initially started having the problems."

That was in October. Since then, he said he's gotten nowhere getting it resolved with the bank that owns the ATM nor Green Dot.

"(I) argued with them for over three months. Yeah, they finally acknowledged that they had the money and they sent it back to the IRS," Stone said.

"I talked to an (IRS) agent. The agent informed me they never received no money from Green Dot," he said.

Stone said he was made aware of a story the Problem Solvers did in 2015. We helped a woman retrieve her funds from Green Dot. So he called us too.

"It just seems like I'm getting nowhere fast," he said.

"They'll foreclose on my house in a couple weeks if I don't get the money back," Stone said.

The Problem Solvers emailed Green Dot who said they'll check into it. We'll let you know how this turns out.