Man dies in incident at corn silo in Barry Co. 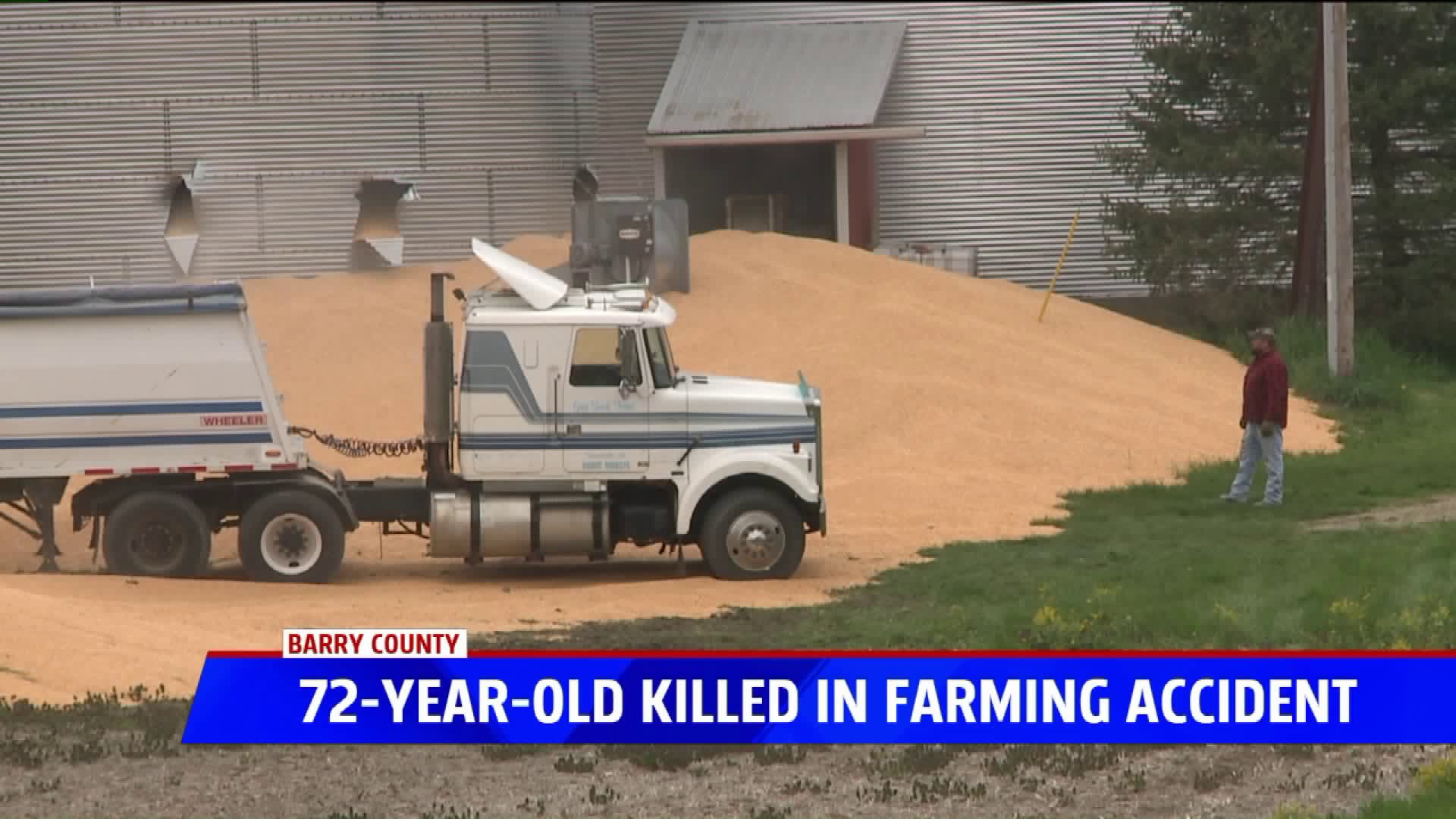 CASTLETON TOWNSHIP, Mich. - One person is dead after a farming incident in Barry County.

Fire crews tell FOX 17 that a 72-year-old man was killed Thursday morning after being trapped under several feet of corn in a silo along Coats Grove Road, east of M-66.

Crews say that the man was inside the silo when his harness failed and he fell through a hollow spot in the corn. Family members tried to pull him out but were unsuccessful.

Nashville Assistant Fire Chief Wayne Gould says that it becomes futile to try and dig someone out when they are submerged that deep in the corn. In order to get the victim out, they had to cut holes near the bottom of the silo and let most of the corn spill out.

The man has been identified as Robert Othmer of Vermontville.