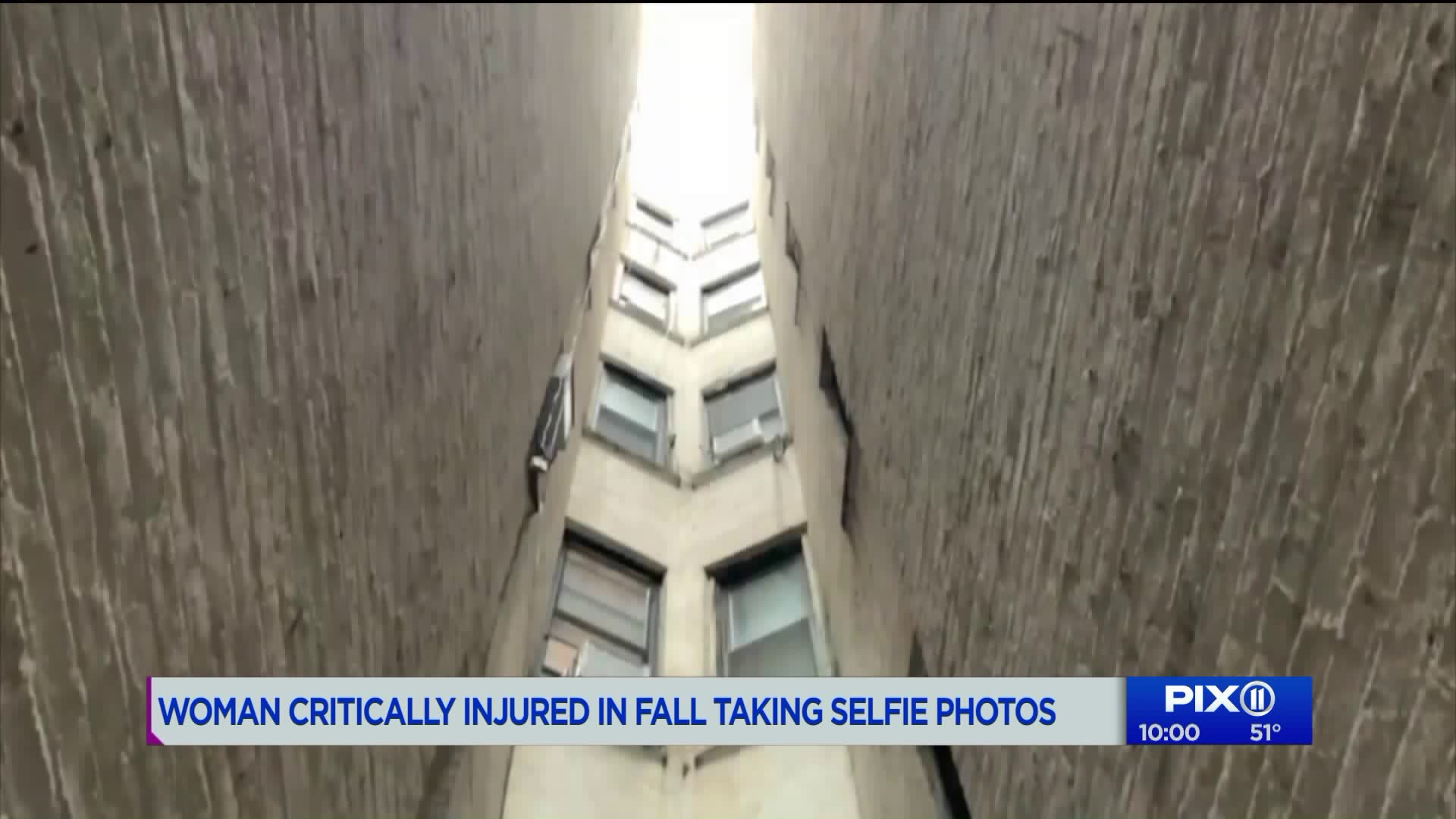 A 22-year-old woman fell five stories from a Manhattan building while taking pictures on Saturday night, police said. The woman suffered a fractured pelvis, a broken ankle and a broken arm.

She landed in a cramped, outdoor space next to the building. An air conditioning unit may have broken her fall.

She was rushed from the East 25th Street building to NYC Health + Hospitals/Bellevue after the incident around 8 p.m., officials said.

The woman suffered a fractured pelvis, a broken ankle and a broken arm, an NYPD spokesperson said. She's in critical but stable condition at Bellevue.

Resident who live in the building say only people who live on the top floor have roof access. Many residents mentioned the 40-foot fatal fall at Fordham University. Sydney Monfries, who was a senior at the university, climbed the clock tower and was killed in the fall.

As of late 2018, more than 250 people have died around the world while taking selfies, according to a study published in the Journal of Family Medicine and Primary Care.