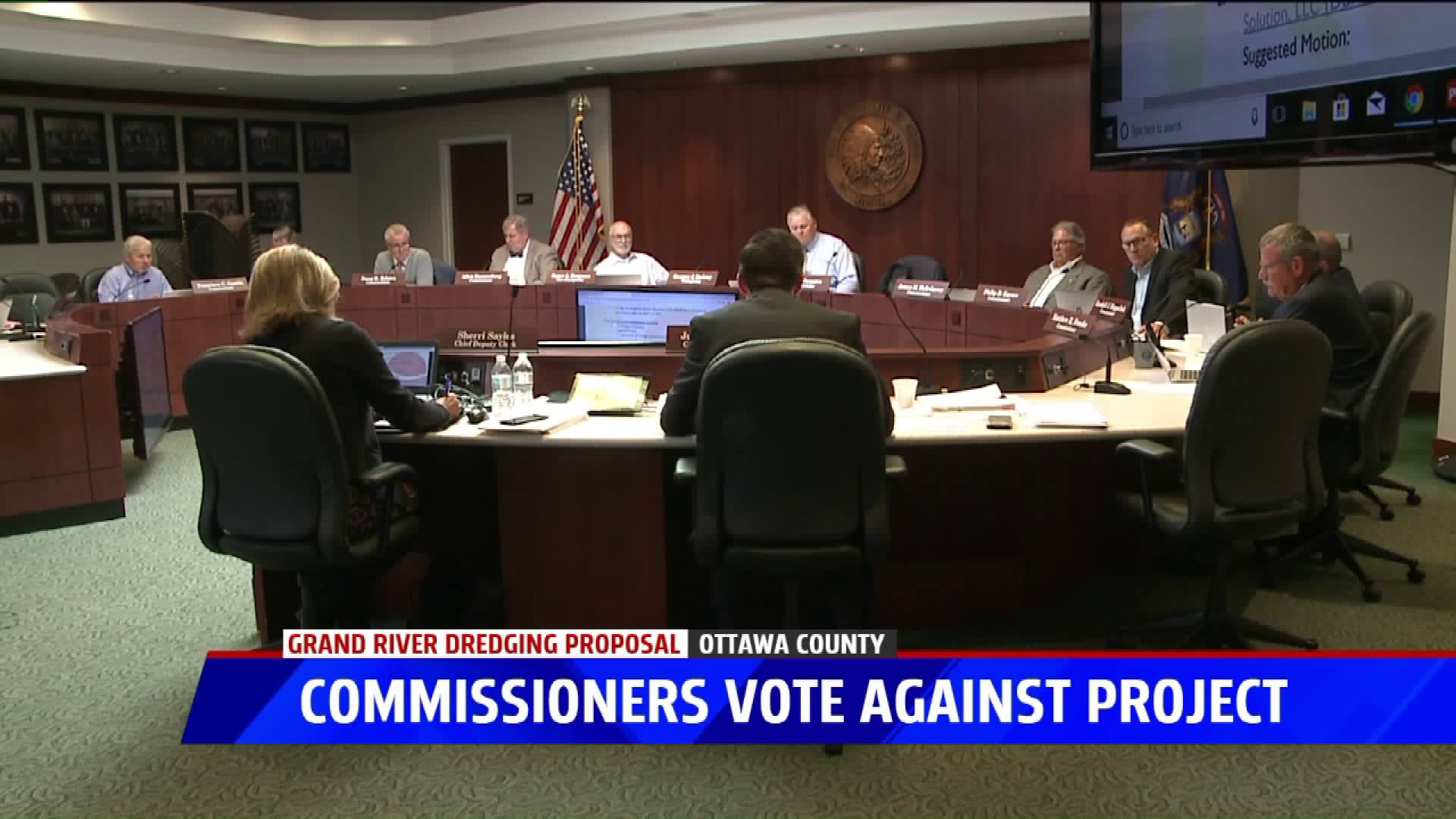 WEST OLIVE, Mich. -- The Ottawa County Board of Commissioners voted to oppose the Grand River Waterway Project on Tuesday. The project would dredge a 23-mile stretch of the Grand River between Grand Haven and downtown Grand Rapids to allow for larger and higher-powered watercraft.

Supporters of the proposal say it will bring millions of dollars in spending to the state, while opponents worry about the environmental impact.

Tuesday's action by the commissioners does not kill the project but simply makes the county's stance clear.  The final decision on the project is up to the State of Michigan.

Former State Senator Alan Meekhof spoke at Tuesday's meeting to push for the project. He was speaking on behalf of Dan Hibma, a West Michigan developer who has been leading the push to have the river dredged.

Meekhof told the board that he polled about 400 Ottawa County residents and that they overwhelmingly supported dredging the river if it's done responsibly. "It shows that a 67 percent of Ottawa County residents polled had a favorable view of the project," Meekhof said. "In my line of work, this amount of support is unheralded."

Some residents at the meeting disputed the results of the poll, saying they had never been surveyed.

Grand Haven Township resident Shannon Donely told FOX 17, “[Meekhof] mentioned that 67 percent were in favor of dredging. We all looked around and went, ‘Did you get a survey? I didn’t get a survey’.' So the fact he said that he presented 67 percent in favor, who is he polling? We’re all wondering."

Meekhoff said it is "premature to try and stop something when we don't even have the results of tests to see if it's even plausible."

The final decision will be made by the state. The next step will be sediment testing, which the Michigan Department of Environmental Quality will be discussing at a meeting Tuesday evening.