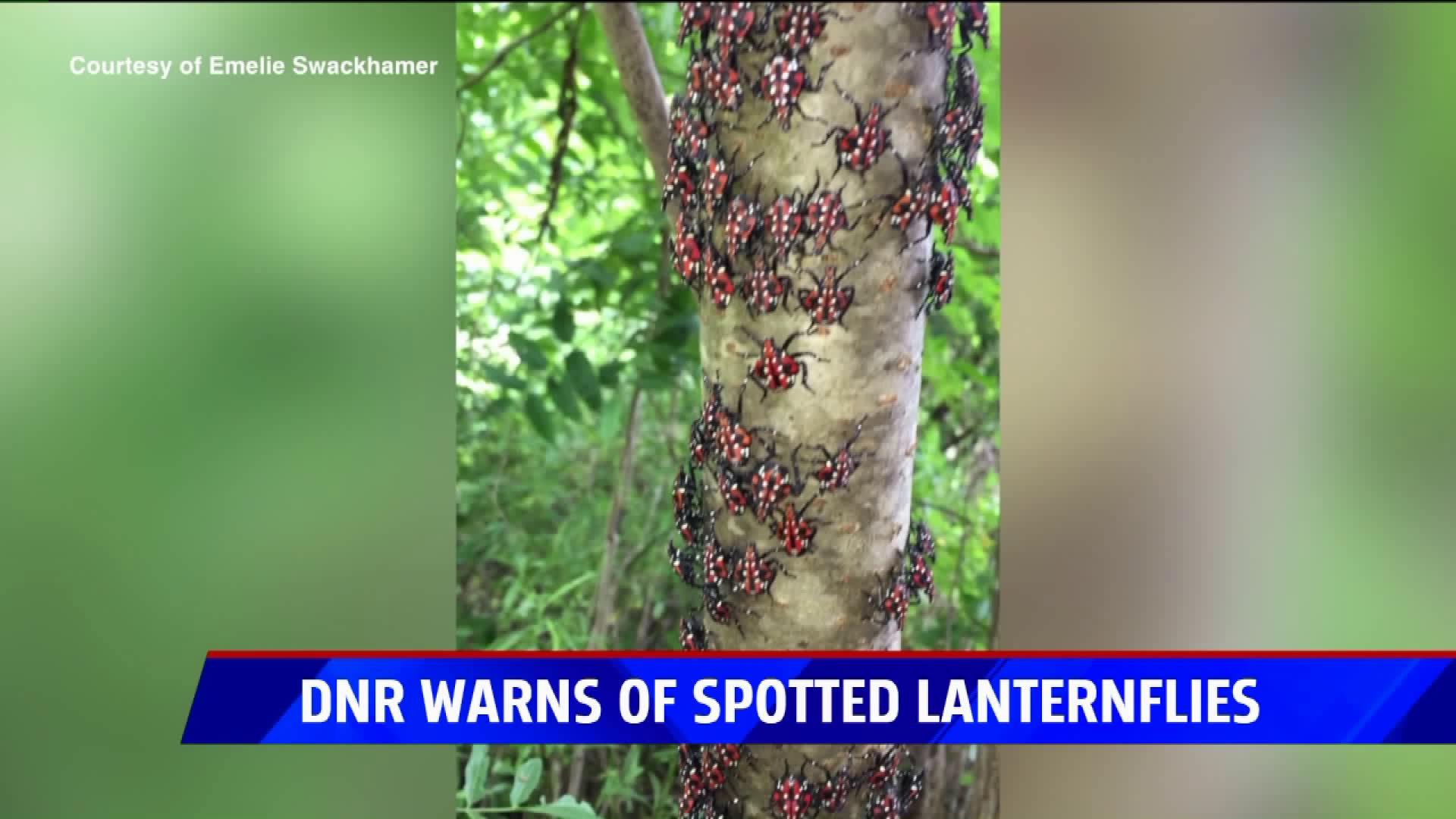 COOPERSVILLE, Mich. - This time of year, hops, cherries, and wine grapes are just starting to grow, but farmers have one more factor to think about as they tend to their crops this season, an invasive species called the Spotted Lantern Fly.

"They have very colorful wings, if they're closed," says Joanne Foreman, the Invasive Species Communications Coordinator with the Michigan Department of Natural Resources. "They’re sort of a lavender color with black spots, but when they open they also have a brilliant red and yellow."

She continues, "We definitely don’t want these bugs in Michigan."

That's because the seemingly pretty flies pose an ugly threat to agriculture.

"We definitely don’t want these bugs in Michigan because not only do they suck sap, but they also let off what’s called a 'honey dew'. It’s sort of the sugary, sticky liquid that creates a black sooty mold on the plants that they infect," explains Foreman.

That dew creates a mold that can slowly kill trees and fruits. It’s a problem Pennsylvania, New Jersey, Delaware, Virginia, New York and Maryland are all facing. Now, Foreman and other experts worry this hitchhiking fly could find its way to Michigan.

"The most likely way the spotted lantern fly could arrive in Michigan is by attaching itself to a vehicle, or a piece of gear, or furniture that someone has outdoors that they then pack up and move to Michigan," says Foreman.

So now, they’re asking all Michiganders to be on the lookout.

Foreman says if you're traveling between states to "please check your vehicles, check your belongings before you drive away, and make sure that you don’t have any bugs or any egg masses."

If you do see one of these insects, try to catch it in rigid container or take a picture if possible.

"If you think you see a spotted lantern fly it’s very, very important to let us know," says Foreman. "If they do arrive in Michigan the sooner we know, the sooner we can act and limit that population."

If you think you’ve seen a spotted lantern fly, the Michigan DNR recommends that you reach out to the Michigan Department of Agriculture and Rural Development. Call them at  800-292-3939 or email them at mda-info@michigan.gov.