‘It’s in the water’: 32 Butterworth employees pregnant within a year 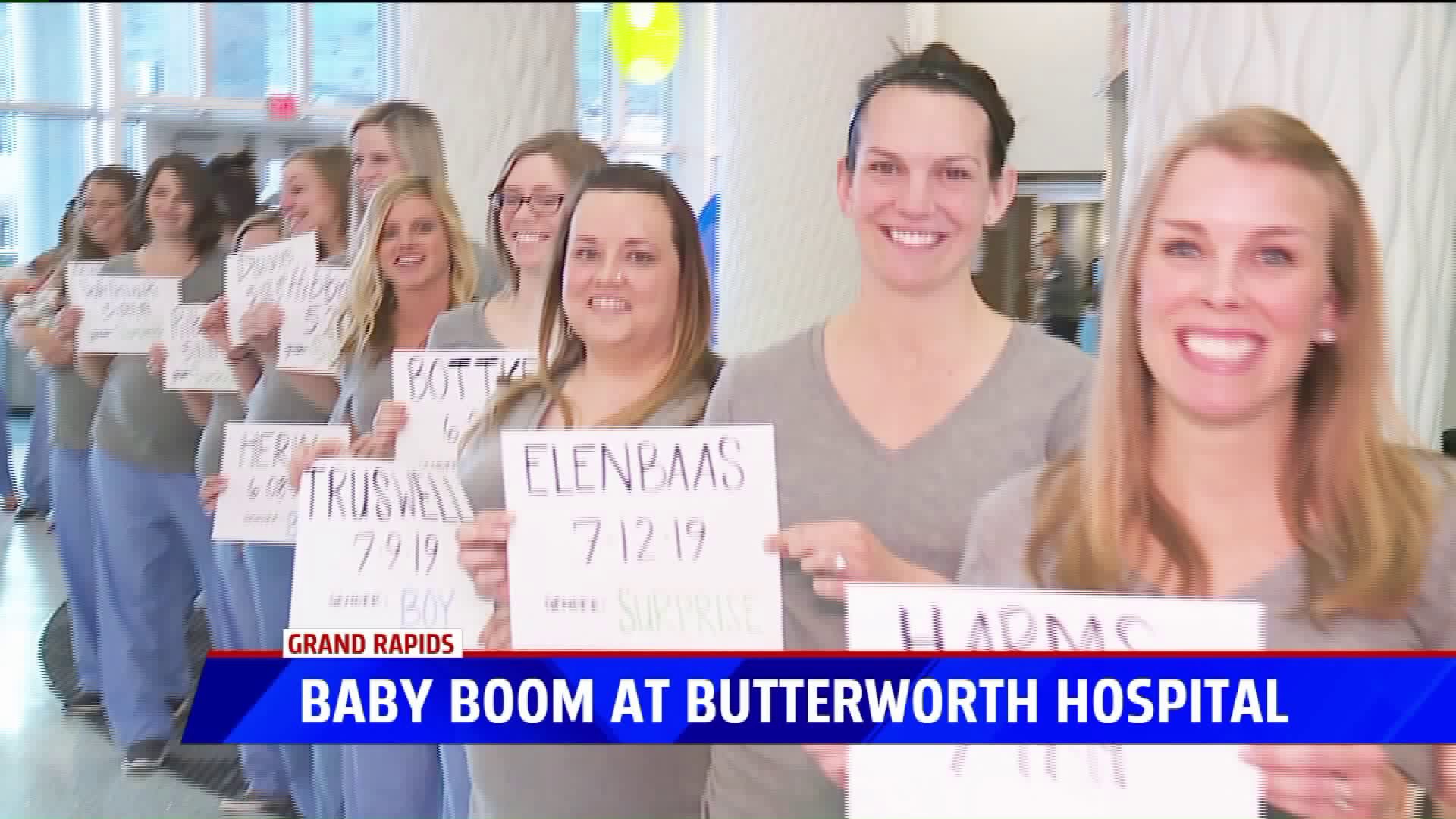 GRAND RAPIDS, Mich. — Thirty-two women came together Friday night to celebrate a special time in all their lives: motherhood.

A couple weeks ago, nine pregnant nurses in Maine who work in a delivery ward went viral for being pregnant around the same time.

But when the staff at Spectrum Health Butterworth Hospital did their own count, they found out they well surpassed that number. In all, 32 women working in the labor and delivery unit were pregnant or had just delivered their baby in the last year, or 10-15% of the staff.

Nurse Meaghann Stawasz works in the maternity ward caring for patients who are becoming new parents, all while she has her fifth child on the way.

“I think I’ve actually had one of my babies in this room,” she said while making her rounds. “Which it’s kind of fun to come back to work and know ‘hey, this is where I gave birth to my fourth kiddo.‘”

To celebrate her upcoming addition, Stawasz decided to capture the excitement alongside the rest of her expecting coworkers.

Allie Gonzalez welcomed her second child to the world six months ago and helped organize this special moment.

“It’s fun to just represent everybody that is here today,” she said.

Most of the women in the group are nurses, but there were also a couple of physicians like Dr. Yelena Davis, who says being pregnant helps her treat patients.

“I feel like it helps me relate a lot to my patients just what they’re going to and what I’m going through,” she said. “Often times, we are in the same stage of our pregnancy. So that gives me a lot of sympathy for what they are dealing with too.”

Once the flashes began, the big smiles came out, and the staff wondered what’s really happening in the maternity ward.

“We joke that it’s in the water, but everyone is so supportive,” Davis said.