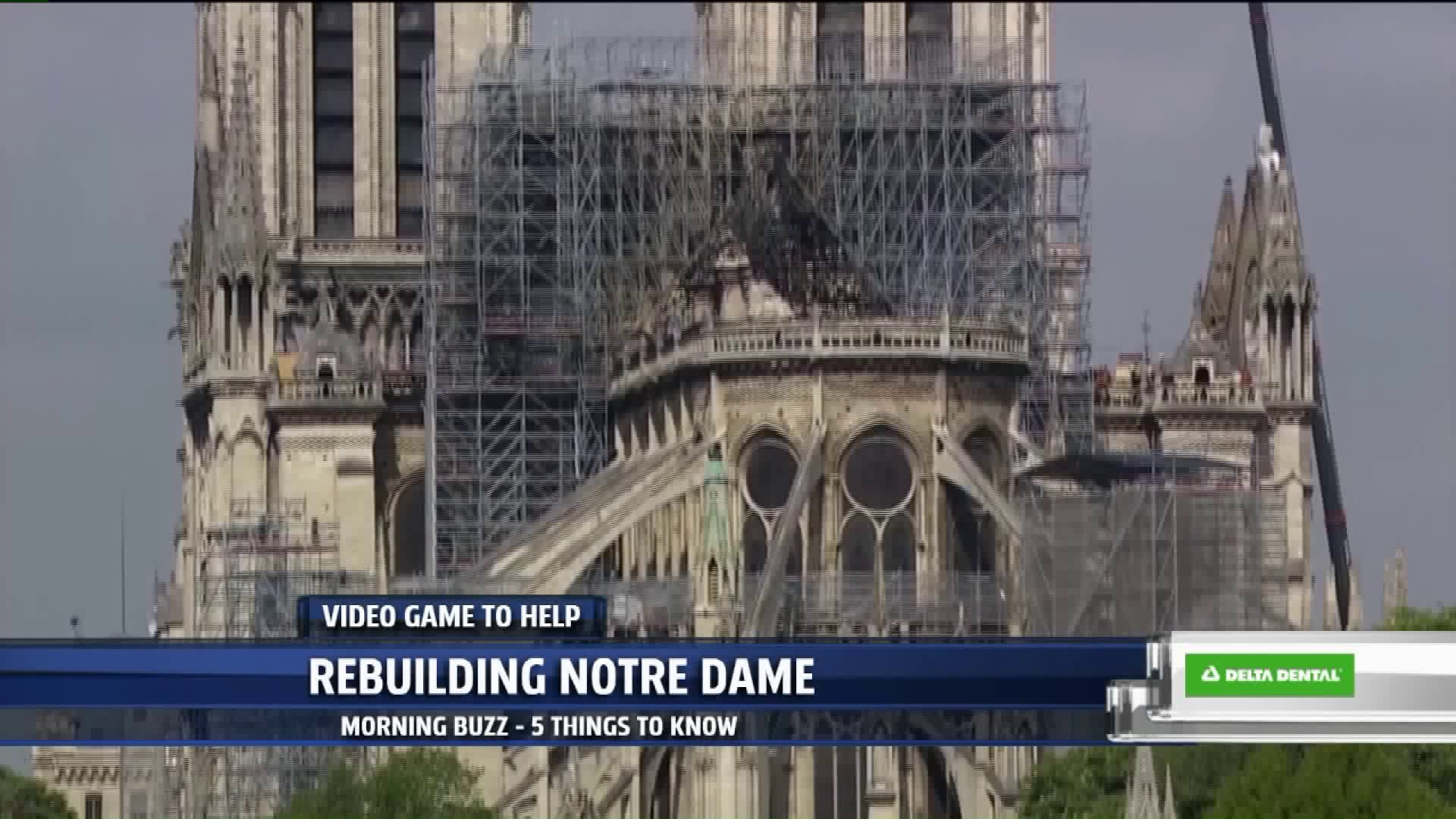 1. There were so many snow days this year for Michigan schools, but districts may not have to make up those snow days.

The State Legislature passed a bill Wednesday saying it would not require make-up days when snow emergencies are declared.

State law currently says districts don't have to make up six days, but any more than that and students will find themselves back in the classrooms.

Michigan and the upper Midwest were hit especially hard this winter by an arctic deep freeze, suspending school and other activities.

The bill now heads to the State Senate.

2. Rebuilding efforts for the iconic Notre Dame Cathedral are underway and the maker of a popular videogame is pledging to offer help in the process.

It will also make its virtual rendition of the cathedral available to those involved in the rebuild.

While the French president set an ambitious 5-year timeline, experts say it could take closer to three times that long.

Nearly one billion dollars has been donated so far.

3. There are many opportunities for free family fun at national parks this weekend.

To celebrate the start of National Park Week 2019, all of them will be free to enter on Saturday. That includes ultra-popular destinations like Sleeping Bear Dunes right here in Michigan.

Keep in mind, the free entry doesn't include activities like camping, special tours, or transportation services.

The next ones take place in August, September, and November.

4. Platform sandals are back in style!

Steve Madden and Urban Outfitters have teamed up to bring back one of the most popular shoe trends from the '90s.

Madden relaunched its slinky platform sandal a few years ago, but they have now added two new colors: neon pink and lime green. Turns out people liked them so much they've already sold out.

5. The hand gesture isn't just for sports fans, but as one story goes, the classic high five origins are from baseball.

In the '70s after a Dodger player hit a historic home run and performed the gesture.

Today everyone can celebrate by sharing the official National High Five Day Tweet or Facebook post, and the National High Five Challenge will donate funds to Coach Art, a non-profit that gives free art and sports lessons to kids impacted by chronic illness.