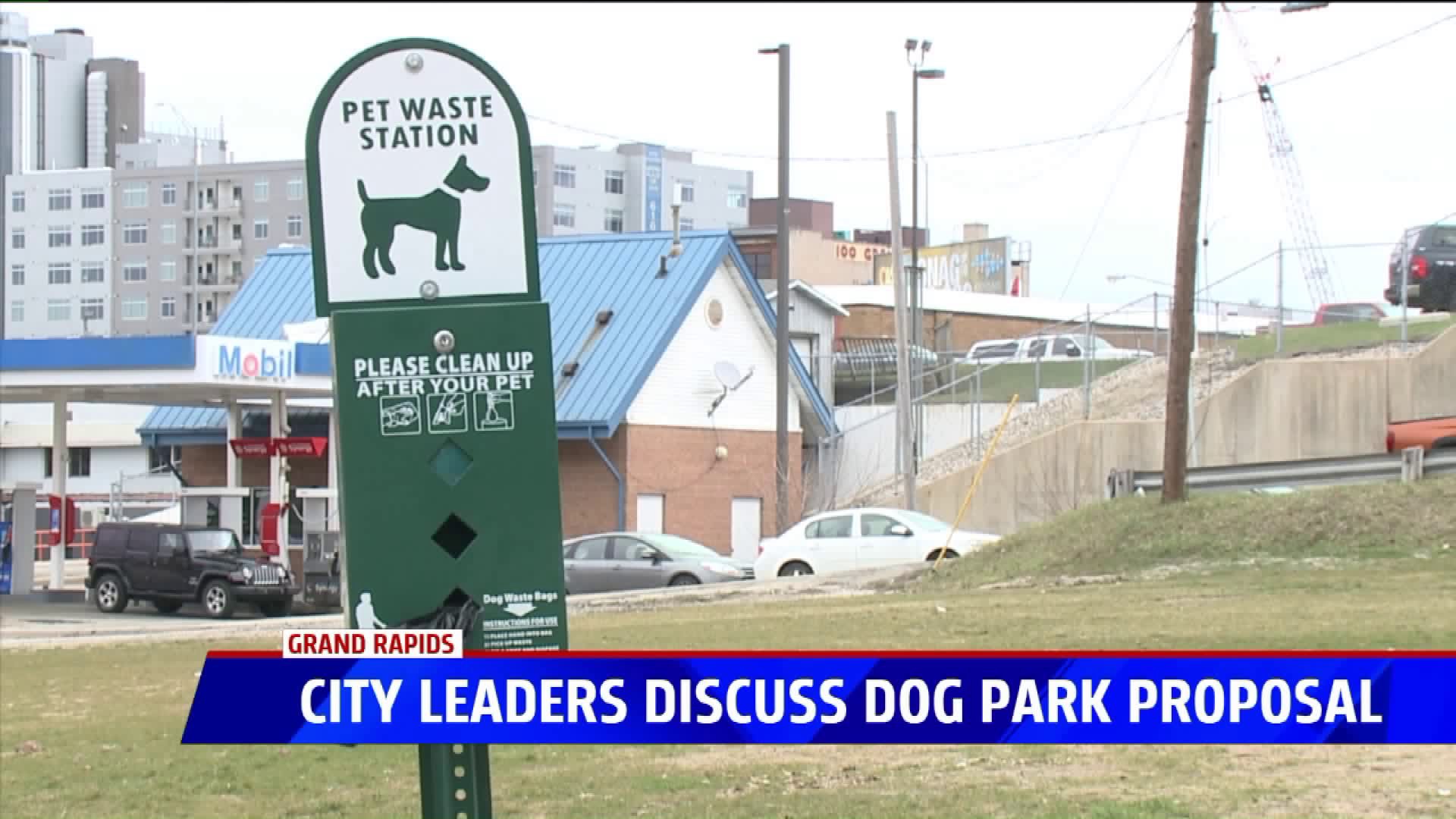 The Grand Rapids Downtown Development Authority approved a $25,000 grant to turn an empty lot into a temporary dog park. The lot is located on Market Avenue behind Founders Brewing Co.

"I think it’s good for the city for a number of reasons,” Mayor Rosalynn Bliss said.

The approval comes after the city recognized a need for more spaces like a dog park in the downtown area.

"If you look at (the city’s master plan), it shows where there are gaps,” Bliss said. “One of the gaps was related to making sure we're a dog-friendly city and that we have dog parks available to folks. We currently have two in the city."

Bliss said the dog park will be a great addition to the downtown area that will help attract more people.

The land is owned by Maplegrove Properties and is sitting unused.

"DGRI had contacted us several months ago about the potential of using the lot down here because there's not a lot of vacant grassy locations for dogs to run,” said Jennifer Miles with Maplegrove Properties.

The park is expected to open in May and have 6-foot fences, trash cans and planter boxes in the lot.

"People take ownership of them, they love having access to them,” Bliss said. “I think they tend to make sure they hold each other accountable. I'm not so concerned that we're going to have issues. I think it will be a matter of making sure people know about it and then seeing how heavily its utilized."

The dog park is intended to be temporary, and the Downtown Development board will evaluate its success after a year.

“We can try it, we can test it out, we can see if its heavily utilized, and we can learn from the experience, Bliss said.

The plan for the park says it will be split up into sections for smaller and larger dogs. The responsibility of keeping the park clean will fall on the volunteers with the downtown ambassador program.