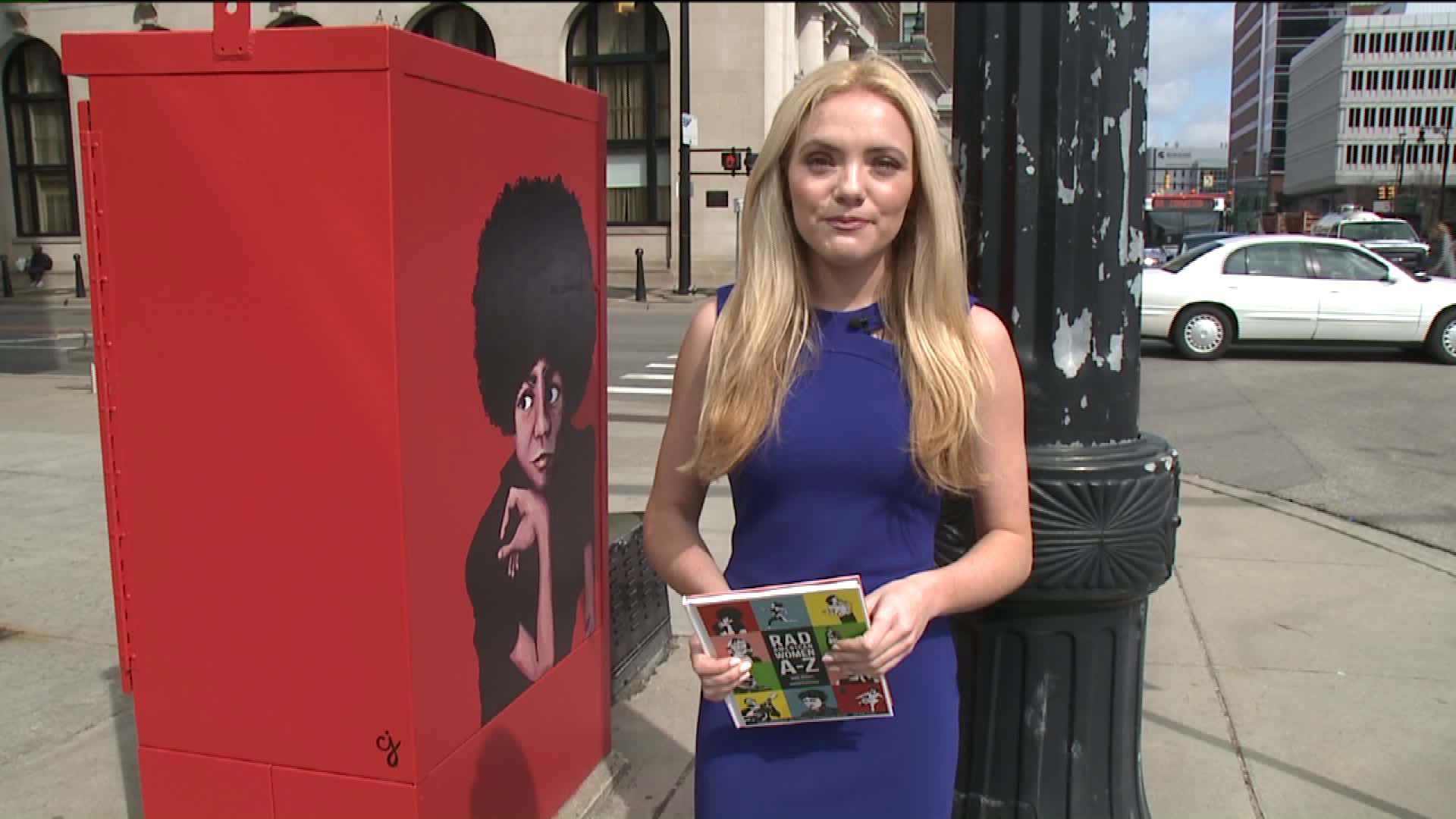 DOWNTOWN GRAND RAPIDS, Mich. - People walking through Downtown Grand Rapids can’t help but stop and admire when they see the unique canvas Hannah Berry is painting on an electrical box.

Berry is a local artist and the owner, as well as the creative director, of Lions & Rabbits art gallery.

This month she's one of 27 female Michigan artists painting on downtown electrical boxes.

The work is being commissioned by Downtown Grand Rapids Inc. and Berry's employer, Lions & Rabbits art gallery, as well as MobileGR.

Grand Rapids local, Joshua Hilton tells us the art changes the way he sees downtown appliances; "I’m a big fan of it, you look at it differently, you don’t look at it just as an electrical box, you look at is as a commissioned piece of art."

The whole idea for this project comes from the book "Rad American Women A-Z," by Kate Schatz.

In the book each letter of the alphabet stands for a "Rad American Woman," now throughout downtown, a portrait of each of those woman will be on an electrical box.

The portraits will also be arranged in the same order as the book, this way people downtown can take a walking tour of the art.

"So you’ll take a walking tour through the city of Grand Rapids and you’ll go: 'A' is for Angela Davis, 'B' is for Billy Jean King;" explains Berry.

"So you can go do the tour and it takes you up through Downtown Grand Rapids, a tiny bit into Heritage Hill, and back up and around."

It’s a long-term project that’s creating jobs for local female artists, adding beauty to sore spots, and encouraging women of all ages, that being smart, strong, and brave, is rad.

"It’s really cool for us to be able to teach people our age, teach older people, teach our kids like being a woman, your gender doesn’t matter, but being a rad woman is just awesome," adds Berry.

The author of "Rad American Women A-Z," Kate Schatz will be in town May 7th and 8th.

While she’s here she’ll be doing walking tours, speaking at the library, and she holding a happy hour.