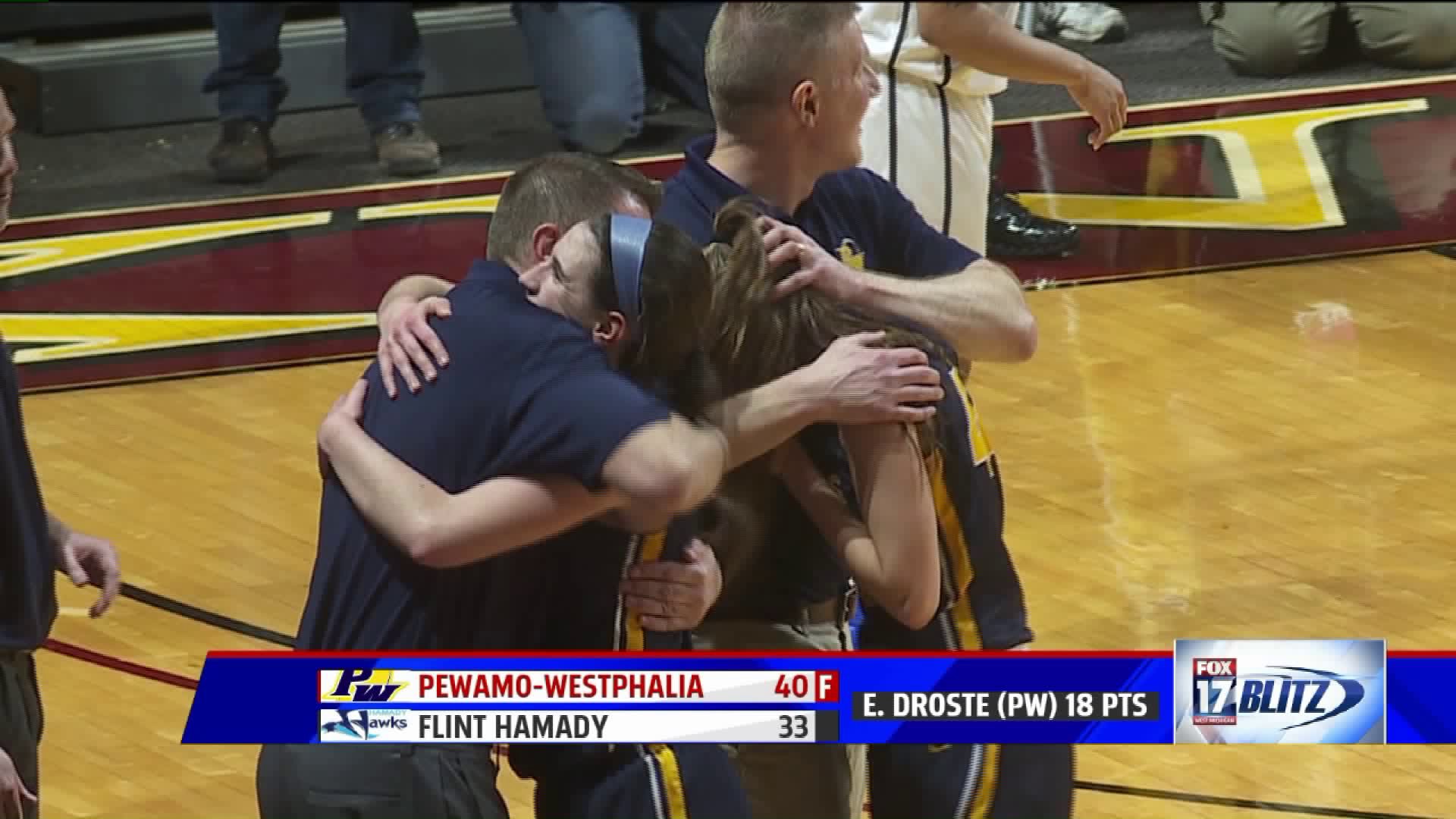 GRAND RAPIDS, Mich -- Despite its top two scorers on the bench for much of the final ten minutes, Pewamo-Westphalia was able to hold off Flint Hamady 40-33 in the division 3 state championship game Saturday and claim the school's first title in girls basketball.

Rachel Huhn says "To have the first title in school history for girls basketball, that's is just huge for us" senior Rachel Huhn, who scored 10 points, said.  "We have been working for it since I was a sophomore on varsity so to accomplish that is just awesome for our school and for our program."

Ellie Droste and Hannah Spitzley both fought foul trouble in the second half, but the Pirates got some solid play out of Huhn to lead to the win.

Droste still scored a game-high 18 points including making 12 of 14 free throws in 25 minutes of game action.

"To win the first in school history is absolutely amazing" Droste said.  "The guys won, we won, that is unheard of honestly within two weeks we've had two state championships it is just so amazing! I just want to thank my teammates, my coaches and all the teams that came here before us and came up short we won it for them."

Pewamo-Westphalia becomes the 9th school in state history to win both the boys and girls basketball state titles in the same school year.