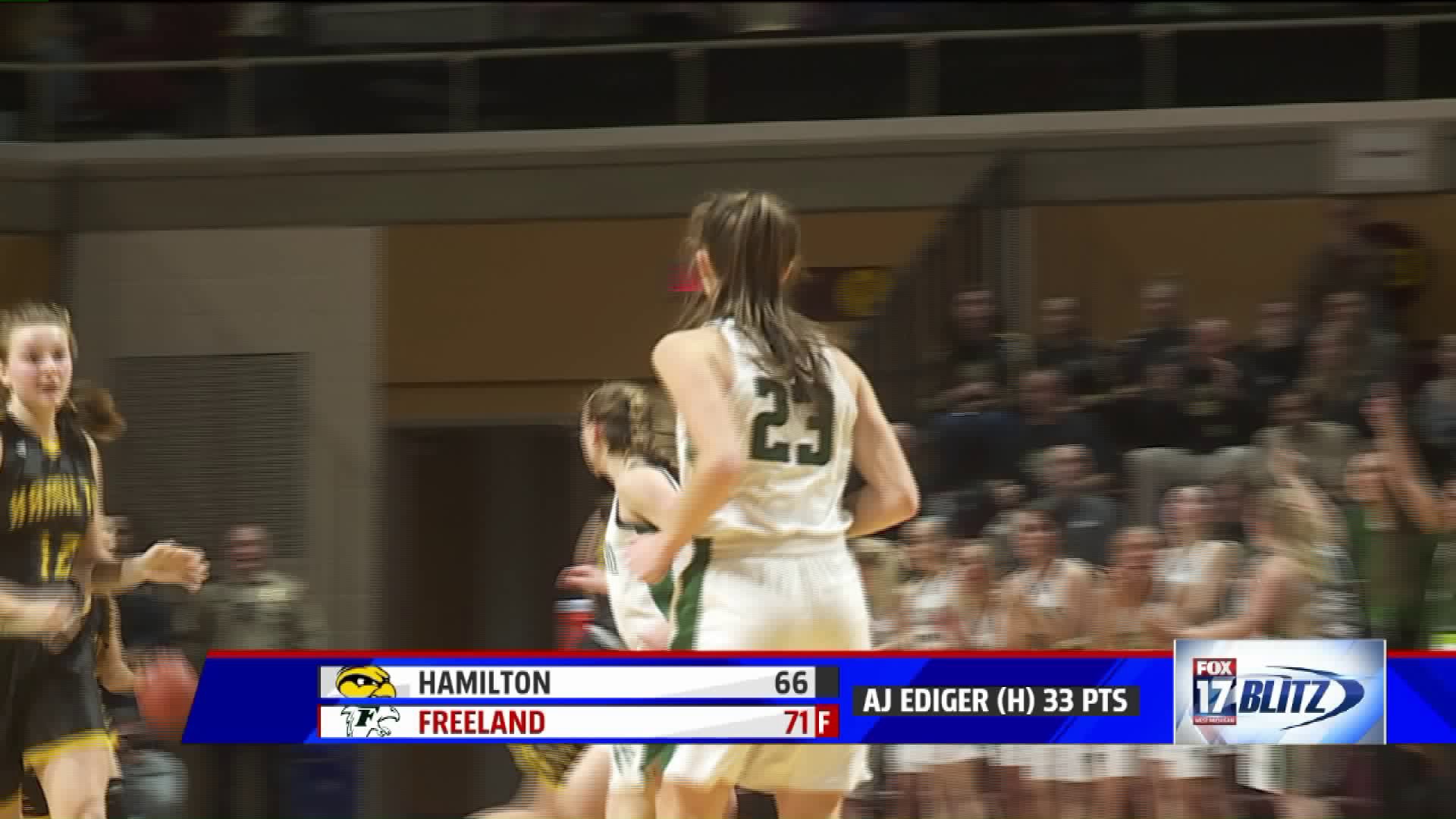 GRAND RAPIDS, Mich -- The Freeland girls basketball team made 15 of the 25 shots it took in the second half and scored 48 points after the break on its way to beating Hamilton 71-66 in a division two state semifinal Friday night.

The Hawkeyes, which led 31-23 at the half and 51-46 after the third quarter, were led by sophomore AJ Ediger who scored 33 points and grabbed 17 rebounds.

The Falcons finished the game shooting 53% (24-45) and scored 14 more points than any other Hamilton opponent this season.

Senior Bria Schrotenboer added 13 points and 6 rebounds for the Hawkeyes which finish a fabulous season at 25-1.