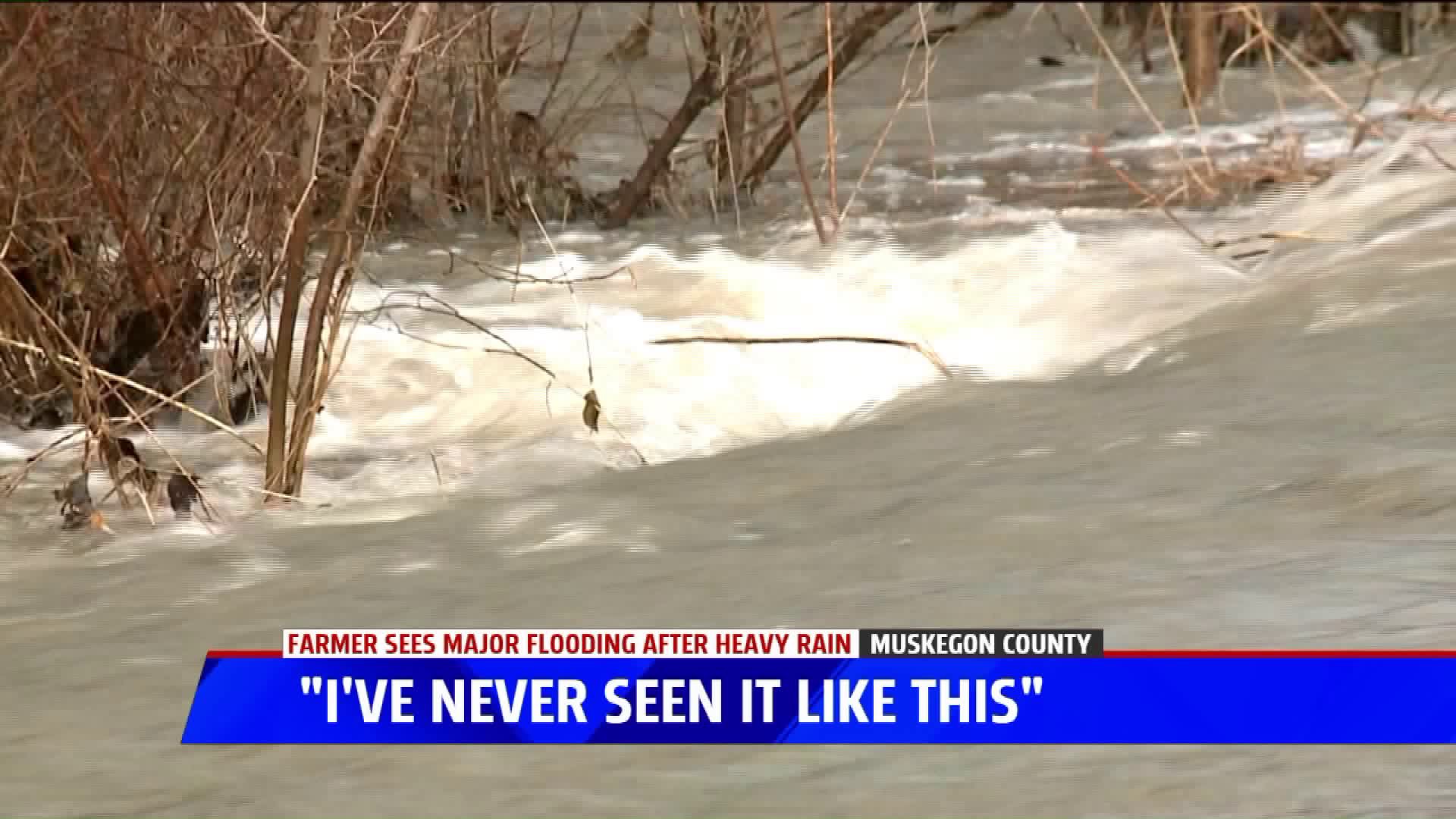 The Newaygo County Road Commission said it is working to mark and fix multiple areas with heavy water over the roads.

However, the road commission says it will be unable to visit all the sites that are having issues because it doesn't have enough blockades to put out.

Drivers are advised to avoid the following areas:

"We still have some snow in the ditches on the inlets and culverts and what that's causing right now is just this flash flood of water, and it's just not allowing time for the drainage systems to keep up right at the moment," said Muskegon County Road Commission Superintendent Eric Scott.

Scott said his crews are rushing out to barricade roads and set up emergency response trailers in case more roads are closed by flooding.

In a Facebook post, the Ionia County Road Commission acknowledged most of the county’s gravel roads “look like minefields.” It also said it will be unable to scrape the roads because they are so saturated from rain and snow melt.

Calhoun County released a similar message, telling citizens that rain and existing moisture is preventing the gravel roads from being reshaped.

The Kent County Road Commission advised drivers that time is the best healer for depleted gravel roads, and that it will continue to monitor gravel roads and treat them in spots.