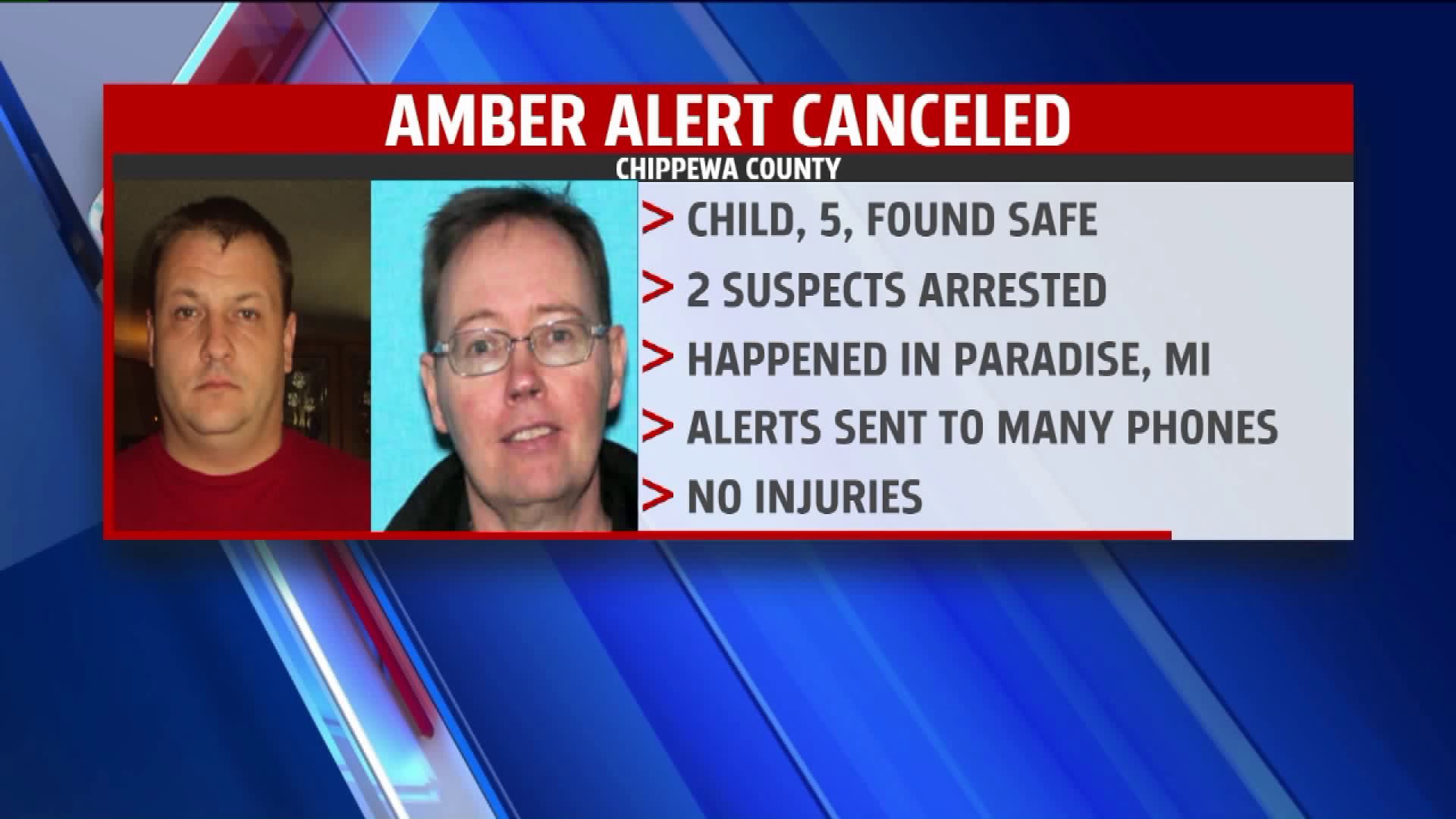 UPDATE: The child has been found safe and both suspects are now in custody of Michigan State Police.

PARADISE, Mich. -- Authorities have issued an Amber Alert for a 5-year-old who was abducted Wednesday night in Chippewa County.

The child was abducted from the 9000 block of N. Whitefish Point Road in Paradise, Michigan around 7 p.m. Wednesday.

Police say George is 5'8, 165 pounds and wears glasses. He is believed to have a second adult with him.

The child is described as 3 feet tall, 40 pounds, with brown hair and brown eyes.