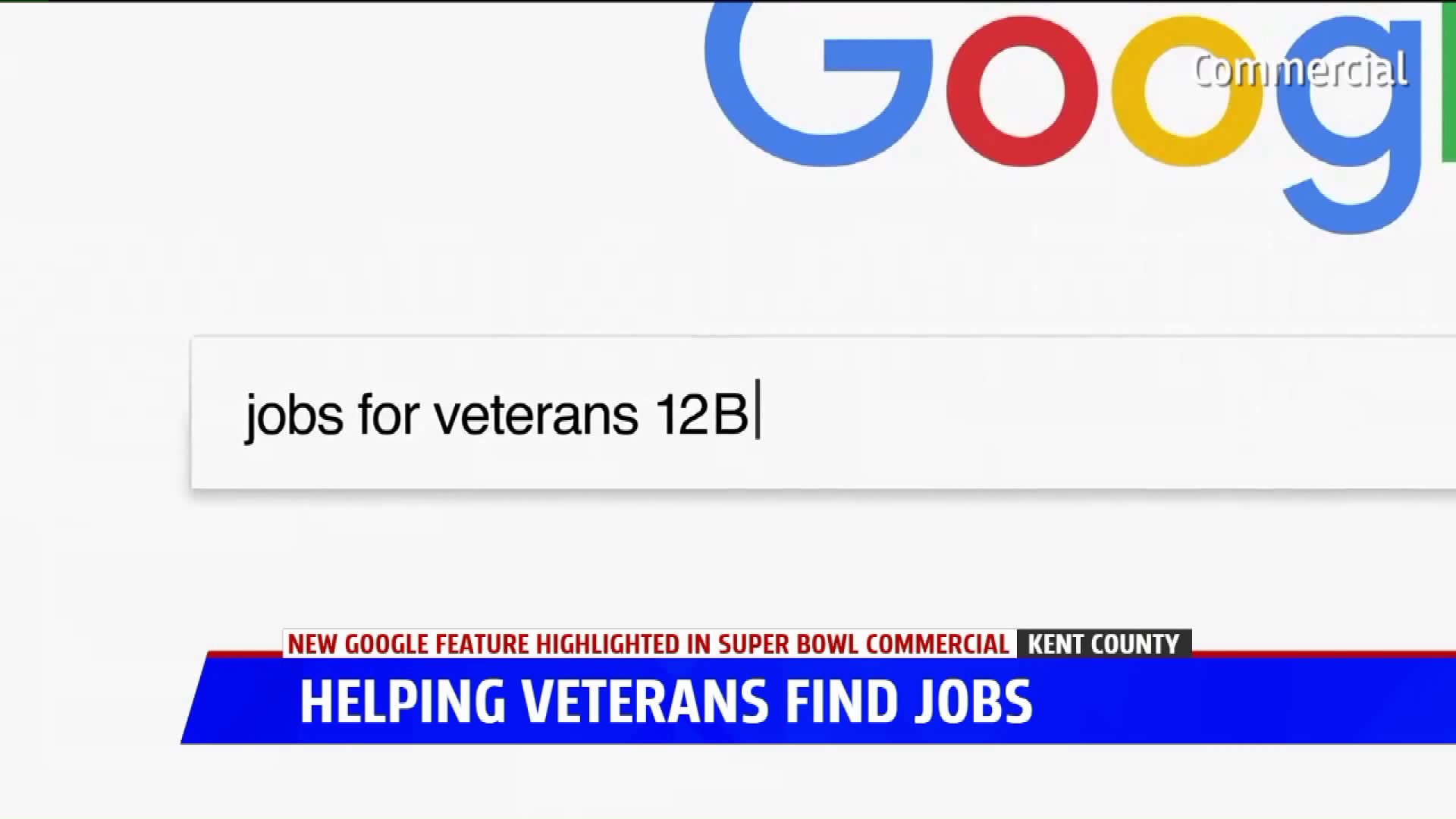 The 60-second ad showcased  a new feature that helps connect veterans with jobs using their experience in the service.

The commercial explains that veterans can search for jobs on Google by typing in "jobs for veterans" followed by their military occupational specialty code. From there, Google filters relevant jobs that uses transferable skills.

Local veterans organizations say it could be incredibly useful.

"It’s welcoming of veterans, so there’s this sense of inclusion and sense that hey we want to honor you," said Martha Burkett, Director of Kent County Veterans Services. "I think that’s good that they’re acknowledging those things.”

The commercial starts with military occupational specialty codes flashing across the screen, with a voice saying, "To most of you these numbers don’t mean anything. You've probably never seen them, or even heard of them. But 7 percent of you have.”

The 7 percent refers to the number of military veterans in the United States. Google’s new feature helps those veterans find jobs in the civilian world based on their job specialty while in the military.

"Looking for jobs and finding jobs can be a struggle," said Burkett. "I think for the younger veterans, this idea, the Google ad, the Super Bowl ad, everybody has a phone, everyone’s on their phone, that’s kind of the way the younger people operate.”

Burkett says the service is too new for her to judge whether or not it’ll truly be successful and she’s skeptical of some of the features, adding jobs like mechanics and electricians will find work easier than those in the infantry.

"It wasn’t as easy as the ad makes it seem like it’s going to be," said Burkett. "Having that peer-to-peer conversation with somebody who can really empathize and understand and so can better support you in your journey, I think, is really important.”

The commercial ends with the line "No simple code can define who you are, but it can help you search for what happens next".

Burkett says if this search doesn’t work, there’s plenty of local resources out there for veterans to help aid in the job search. She says speaking with a veterans service officer could be a good start.

"If somebody’s looking for a job then the veterans service officer will make suggestions to them about where they can go and who they can talk to," said Burkett.