DETROIT, Mich. – Federal officials are asking for help in finding a Michigan woman who is wanted for killing her boyfriend in September.

The U.S. Marshals Service Detroit Fugitive Apprehension Team is looking for Tamera Renee Williams, 39, who is wanted on first-degree murder charges for the death of David Carter, 39, in Melvindale, Michigan.

Investigators say Carter was killed on or about September 29, 2018. A felony warrant was issued in the 24th District Court for Williams for first-degree homicide, disinterring a dead body and tampering with evidence. The U.S. Marshals say they believe that Williams left Michigan in mid-October.

The U.S. Marshals say that Williams has worked in the medical field and as a travel agent. She is known to be a world traveler and has ties around the country. She is also known to have a close involvement with the Order of the Eastern Star.

Williams is considered to be armed and dangerous.  Anyone with information should contact the U.S. Marshals 24-hour tip line at 313-234-5600 or by email to usms.wanted@usdoj.gov. 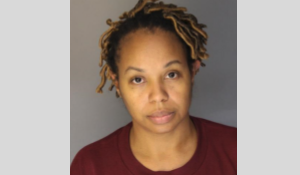