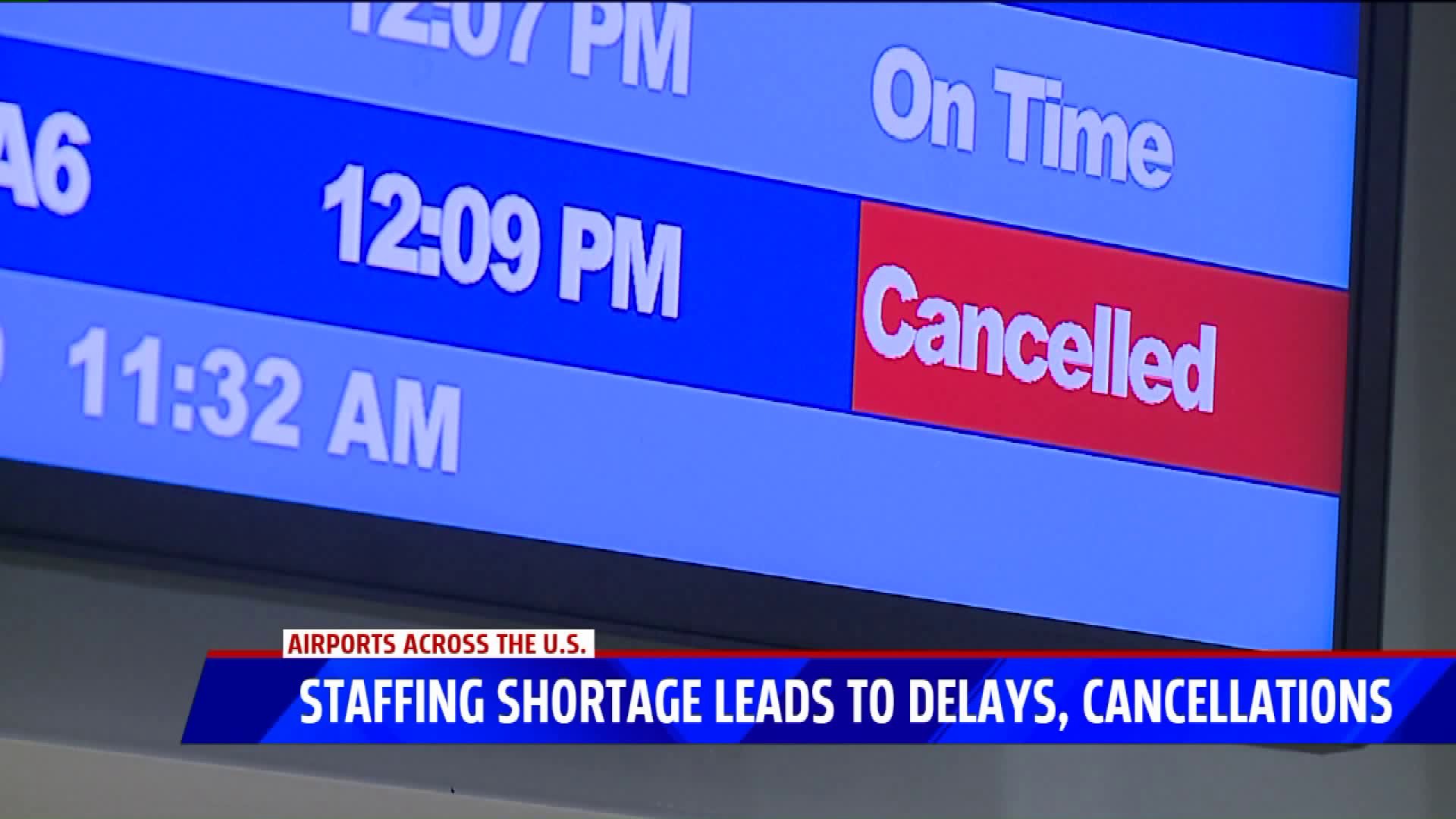 GRAND RAPIDS, Mich. -- A lack of air traffic controllers left the Federal Aviation Administration with no choice but to cancel some flights Friday, including some in Grand Rapids.

Flyers were frustrated, thinking that while they may have expected weather delays, but didn't think the shutdown would slow them down.

LaGuardia Airport in New York City experienced some delays and even cancellations are the result of an increase in sick leave from the FAA staff. All of this had a ripple effect in West Michigan. Two Delta flight connections at the Gerald R. Ford International Airport never got off the ground because of staffing issues.

“It’s pretty terrible. It’s made my life a lot more difficult, not being able to consistently get to where I’m going,” says frustrated air traveler, Dan Lapidus.

You can always check with your airline before heading to the airport to see if your flight is on time.