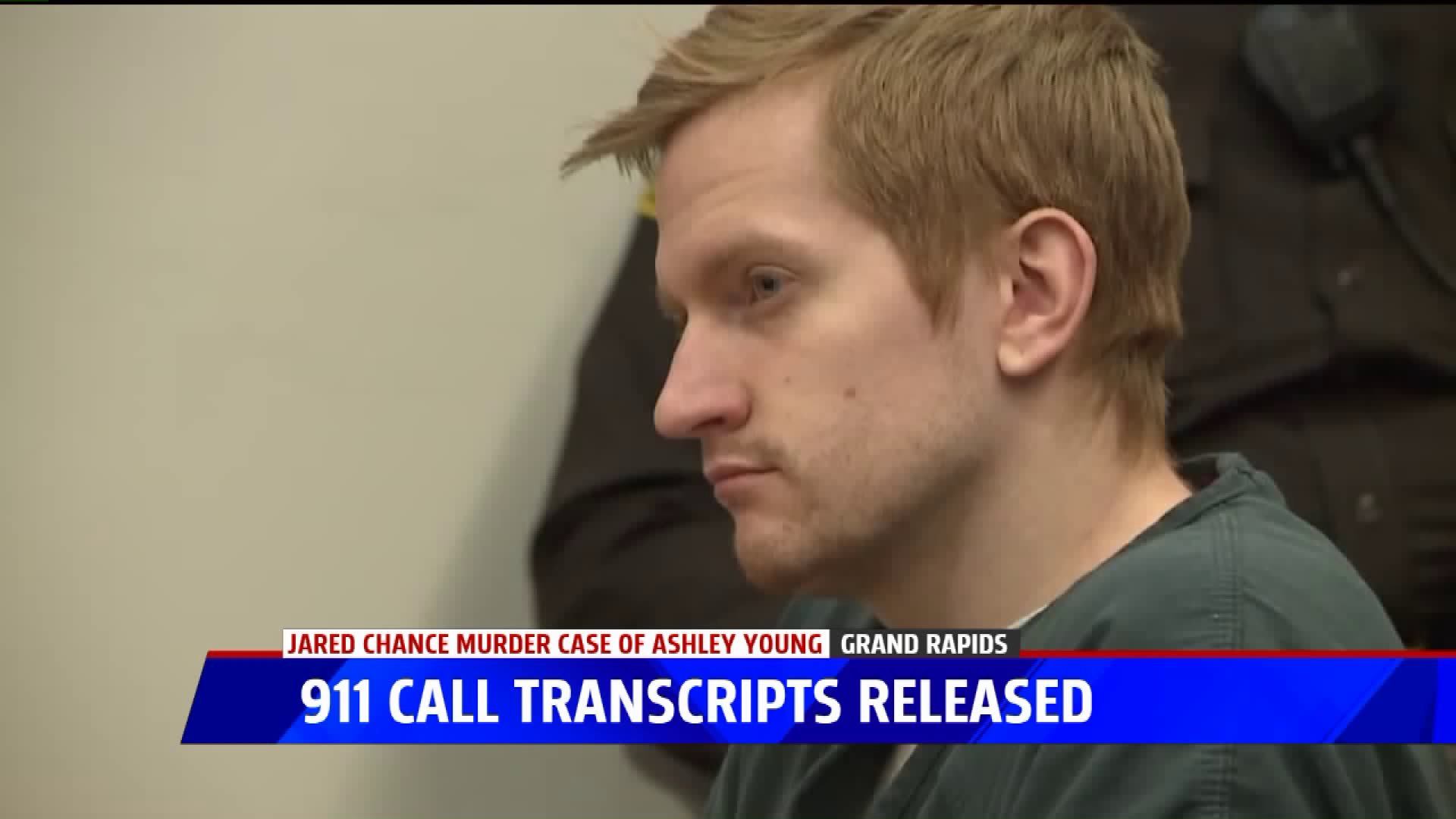 GRAND RAPIDS, Mich. --  The transcripts don’t contain new information, but in detailed 9-1-1 calls made to police the night a neighbor discovered the remains of Ashley Young, you can detect a nature of panic and confusion.

Though the name of the caller is redacted, Mario Nelson was the only one living with suspected killer Jared Chance in the other unit of a duplex on Franklin Street. In the calls, Nelson identifies himself as a resident of the home, and tells police he’s just made a shocking discovery.

“We live in an apartment and the basement is normally locked,” he tells a dispatcher in the call, “and the house has been having a really bad smell lately. So I just went in the basement, opened the basement door, and there’s a tarp with what looks like it could be blood leaking from it.”

Inside the tarp, police discovered some of the remains of the missing 31-year-old Young, but not all of them. In testimony at a preliminary hearing for Chance, Nelson described the discovery in similar verbiage. He also described Chance’s strange behavior in the days before Young was seen at the home, and went missing, saying Chance had brandished a gun and bragged about knowing how to dispose of a body.

“I know he’s got a gun – he’s got a gun,” Nelson says to the dispatcher in the calls. His tone becomes more frantic as he repeatedly asks for an officer to be sent to the home.

When asked if he’d seen Chance that day, Nelson responds, “I just remember him texting my phone like a couple days ago telling me if somebody looking for him don’t – say I ain’t seen him or something like that.”

The transcripts also included a call from the aunt of Ashley Young, who had gone to the home after Young disappeared to look for her.

Chance’s next court appearance will be for a trial. His mother and his father – who is a former Illinois police officer – are also both facing charges for allegedly helping their son cover up the crimes. Police found Young’s blood in their car, and a saw with her remains on it in their Holland home.