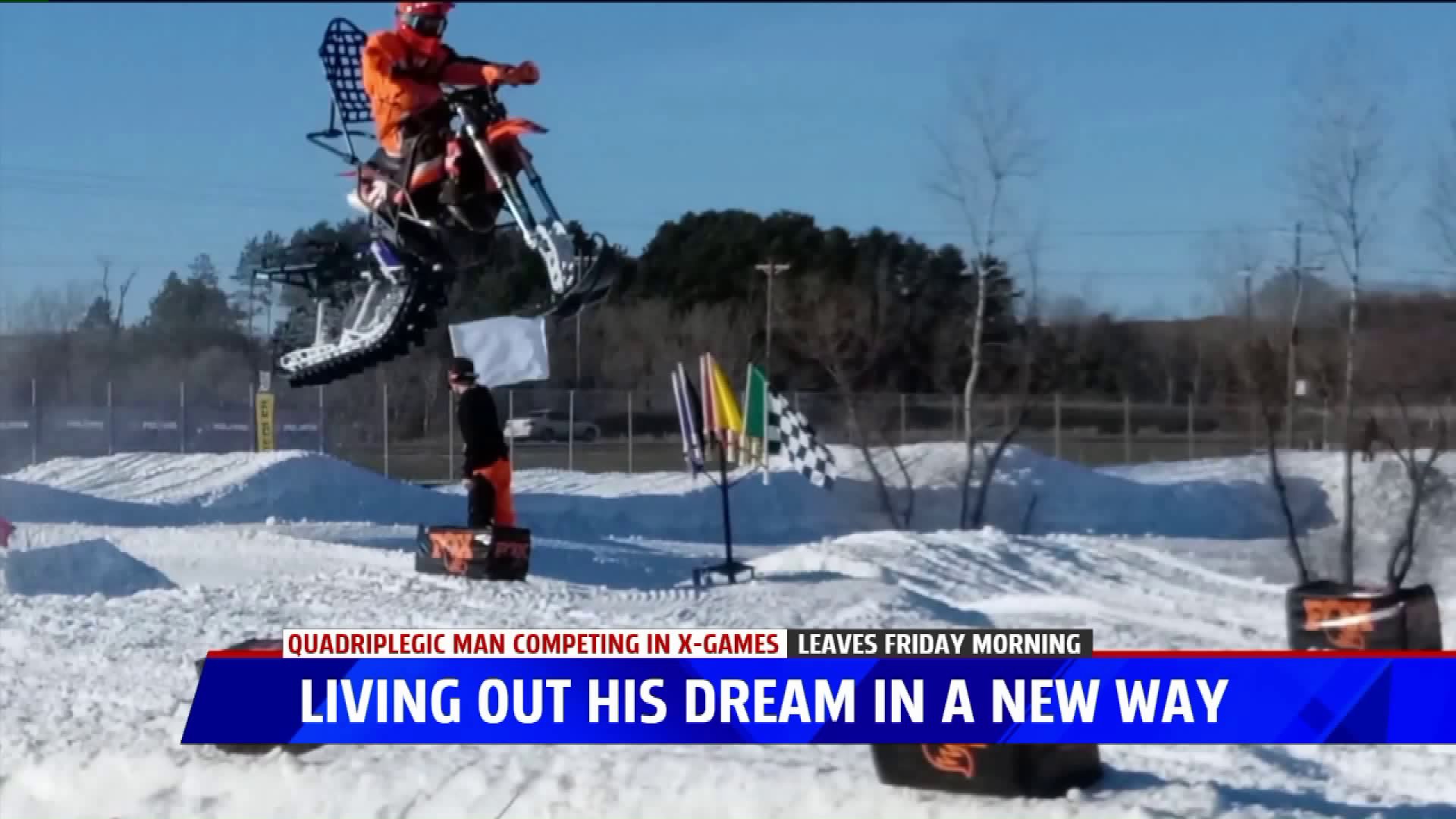 LOWELL, Mich. — A Kent County man almost completely paralyzed will be competing in the X-Games next weekend. He’s a quadriplegic, but hasn’t let that stop him from doing what he loves.

FOX 17 first met Danny Baird in 2017, who demonstrated how he’s still able to ride a dirt bike despite having no feeling from his armpits down and very limited use of his hands. After a life-altering injury and a long road of recovery, he’s now competing on the world stage with some of his idols.

Baird has never let physical limitations hold him back.

"I broke my neck, my C7 vertebrae, I broke my back and they ended up fusing that together and I ruptured my spleen," said Baird.

That was in 2012, when Baird was riding in a Yamaha Rhino side-by-side with four other guys. Baird wasn’t wearing his seatbelt and when the driver lost control, he was thrown from the vehicle, which flipped and fell on top of him.

"I knew right away something was wrong," said Baird. "I was laying on my face on the ground and I couldn’t feel anything. They gave me like this whole list of things I wouldn’t be able to do and if I were to listen to them, I wouldn’t be doing very much.”

After four years away from riding, Baird got back on his bike with the help of special adaptive equipment. Now he’s getting ready to compete in the X-Games in the national spotlight in the adaptive snow-cross competition.

"I used to sit in the kitchen watching the X-Games when I was a little kid," said Baird. "I never thought I’d be in it."

Baird will be competing against eight other guys, all of whom are paraplegics. Baird is the only quadriplegic.

"I’m looking forward to the challenge riding with these other guys," said Baird. "It’s going to be really fun.”

Baird leaves for Aspen, Colorado on Friday morning and will be competing on Jan. 26.