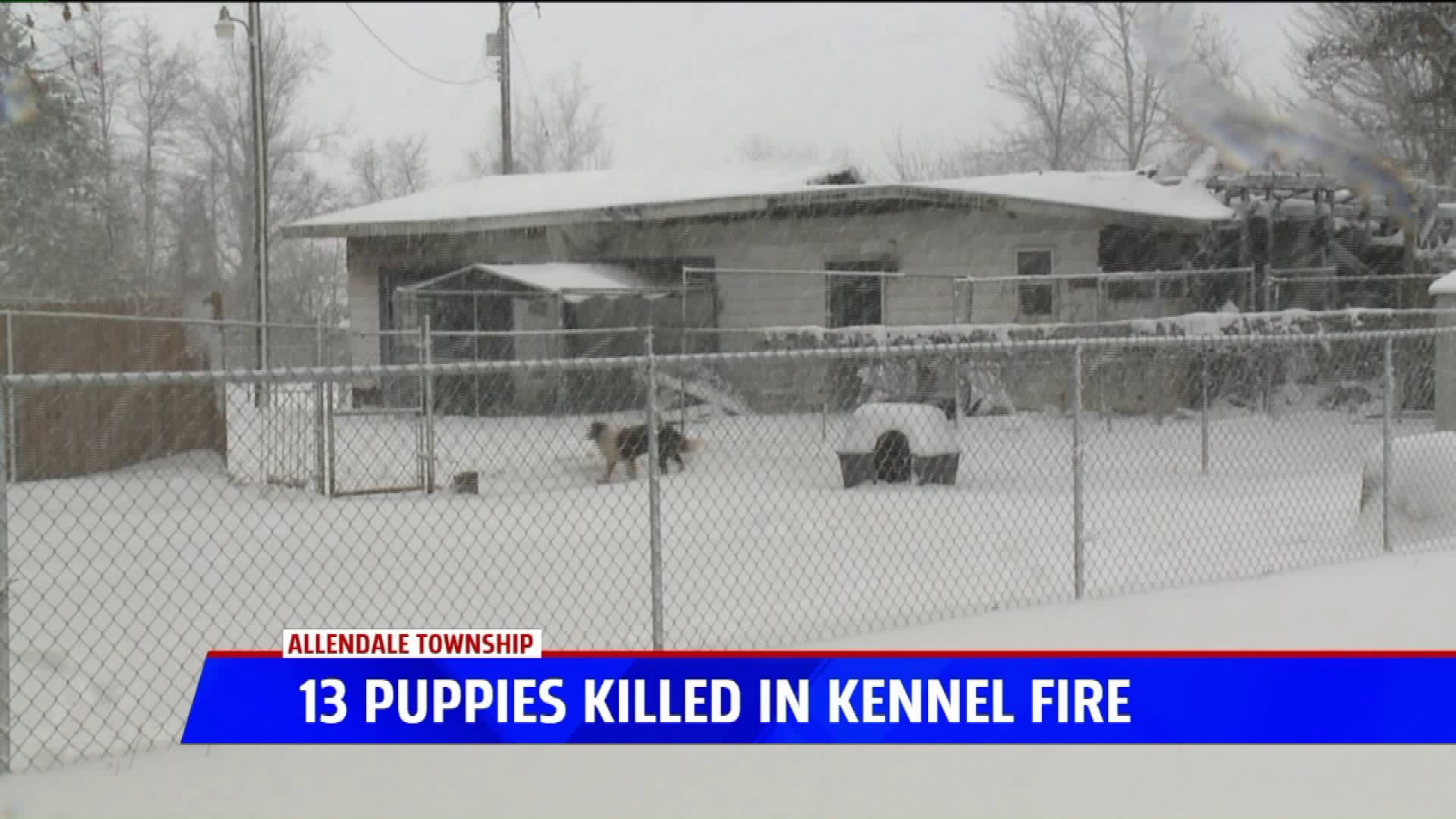 ALLENDALE TOWNSHIP, Mich. -- An investigation is underway after a fire broke out at Whispering Oaks, a dog kennel,  where as many as 30 dogs were inside.

Aaron Silver, owner of Whispering Oaks Kennel, has been a dog breeder for 40 years. He says the last couple months have been particularly rough. In October, two of his puppies were stolen from his yard. They still haven't been found.

The fire broke out just before 2 a.m. Monday morning in the 9800 block of 84th Avenue in Allendale Township. Crews spent four hours on the scene.

We're told 13 dogs inside passed away in the fire, which was hard to put out due to extremely cold temperatures, firefighters say.

The fire chief on scene says their trucks don't travel well so weather made it hard for crews to get to the scene quickly. We're told multiple departments worked to help get the fire out.