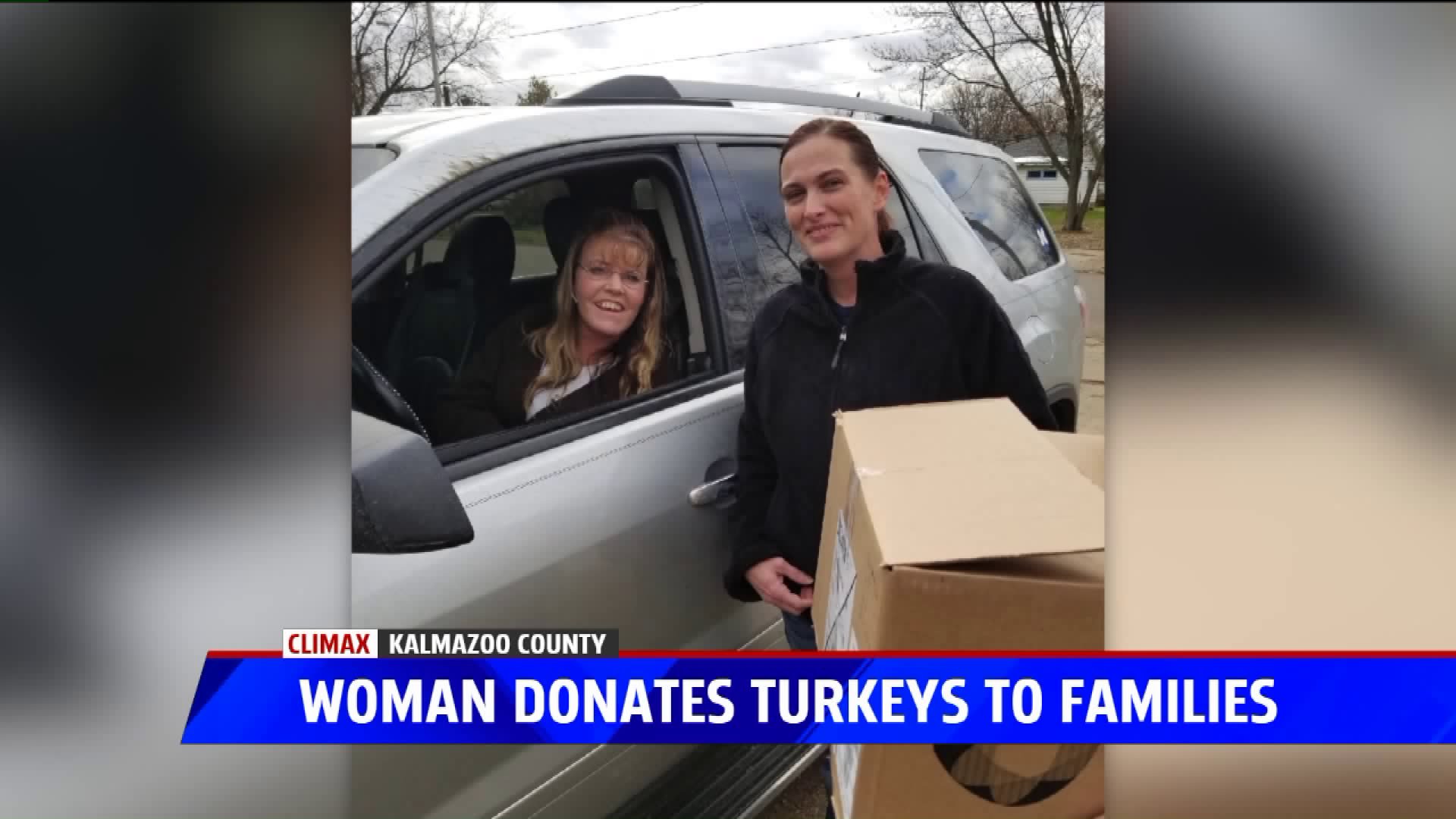 Donating Turkeys to Those in Need

KALAMAZOO COUNTY, Mich. - A Kalamazoo County woman is paying it forward to others this season, almost entirely out of her own pocket.

Four years ago, Kellie Keller put out a call on Facebook asking for nominations for a family who needed a dinner for Thanksgiving.  She ended up helping 76 families.

"One lady cried, which makes me cry. They’re always happy. I get hugs, and I’ve actually made friends from it," said Kellie.

Kellie says her efforts have quickly grown to more than she ever expected.

She saves extra money throughout the year and collects food along the way. Sometimes, family and friends step in to donate cash or buy some of the food. This year, her mom adopted two families on her own.

They're gestures coming from a woman who's been through a lot in her own life. When she was five, Kellie was in a train crash that left her in a motorized wheelchair.

"Things happened to her when she was younger that she could not have prevented. But the cards that life has dealt her she has not let define her," said her sister-in-law Tess Terpstra. "She lets her kindness and her goodness and her big giving heart define who she is. And she just wants to put that goodness back out into the world."

Kellie says she's spent about $500 out of her own pocket this year. She plans to give out about 25 full dinners.