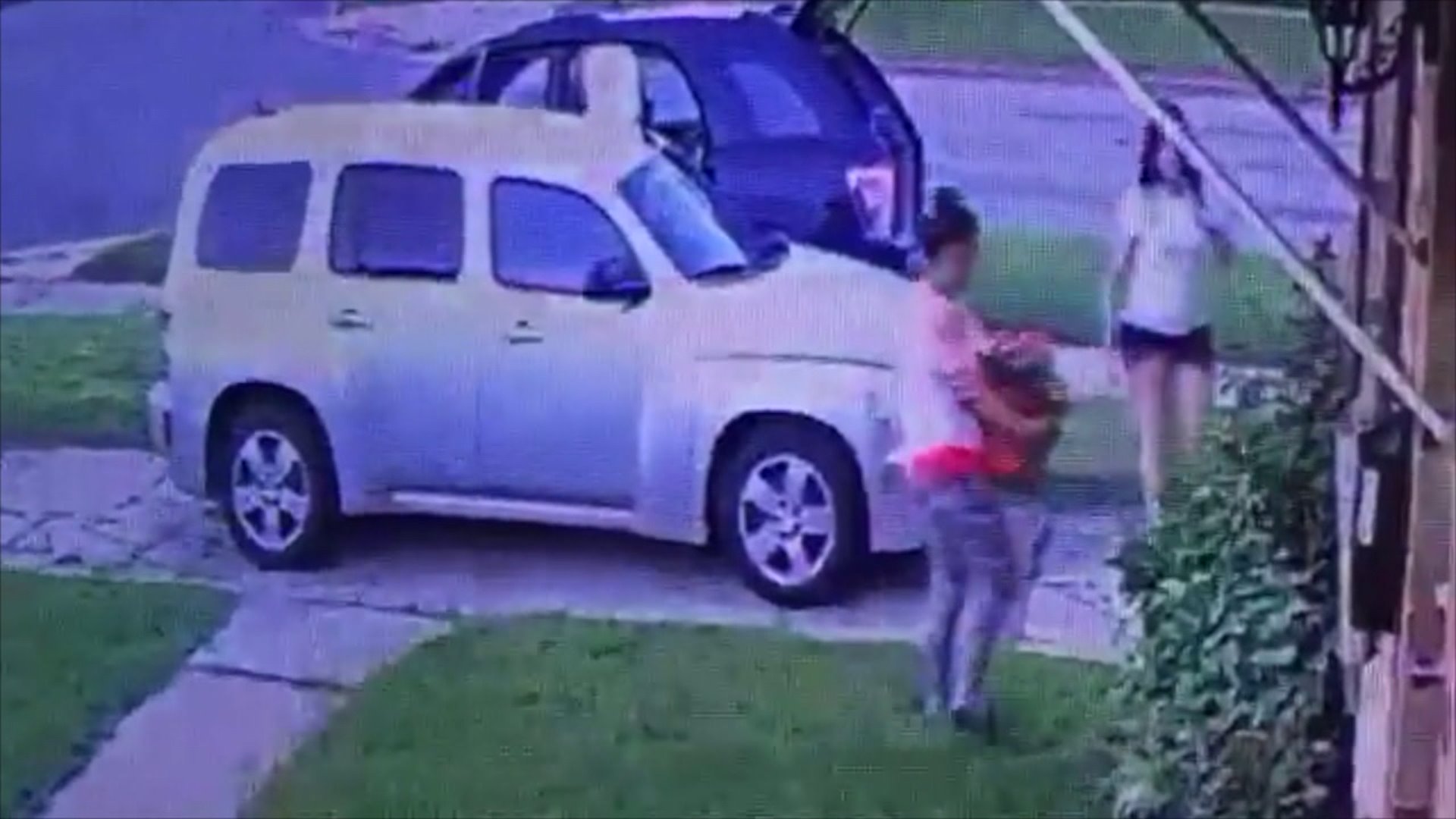 GRAND RAPIDS, Mich. -- It’s a new weapon to bust criminals and you could be helping without realizing it.

Police are relying more and more on surveillance video to bust criminals; so many homes are now wired with watchful eyes that expose important clues to crimes. You might be surprised at how affordable it is to secure your home.

Jose Beals has had security cameras at his home in Grand Rapids for a few years now, two in the front of his home and two in the back. It gives his wife who is home during the day a little peace of mind.

"She felt more secure having the cameras where she could see if there were noises going on, she could take a look before having to go outside and having to investigate things," said Beals.

His cameras provide a live feed right in their living room: an elaborate surveillance system for just $300.

Their cameras actually caught a robber in the act trying to steal right out of their yard, and that’s just one example.

"Somebody attempted to steal a mini bike," said Beals. "About a month ago we had somebody walk up at two in the morning, just coming straight for the house."

Beals is just one of the hundreds of people in Grand Rapids who’ve set up home surveillance systems in their homes. So many other homes have doorbells that record anytime there is movement at your front door. It’s a trend law enforcement officials say became popular about five years ago.

"It’s gradually gotten to be the new norm," said Kent County Prosecutor Chris Becker. "I think it’s just a matter of more people are getting them, it’s becoming more affordable, so more people to have access to that technology and use it.”

Becker says it’s so prevalent that juries almost expect video whenever he prosecutes a crime.

"Whether it be body camera, whether it be in car video, whether it be the in-house camera, they want to see that evidence because it's right there and videos don’t lie, generally," said Becker.

"The one recent one was the people stealing the individual’s plants, the flowered plants off the porch," said Becker. "That’s a great one where all the sudden the media and people started passing around."

There have been car accidents, thefts, even arson, and sometimes it’s what’s not on the cameras that cracks the case. For example, Andrew Hudson,who was sentenced to at least 40 years in prison for murdering Ana Carrillo, the mother of his children.

"The Carrillo case, the suspect in that said he had a home video camera that recorded everybody coming in and out of the house, we seized them, with search warrants, seized those cameras and we recognized that it was gone," said Becker. "He had taken a section out right about the time she would’ve been there, so that provided evidence in terms of building against him."

Unless there’s a search warrant, you’re under no obligation to hand over your surveillance footage to police, but Phil Porter with Grand Rapids Police says it’s helpful when people do.

“We look at it as another way to get further into our investigation to have another lead to follow up on," said Porter, a video forensics analyst for GRPD.

It's Porter’s full-time job to go around looking for surveillance video that might’ve caught crimes in the act.

"The more eyes that we can see things happening, that’s always going to be a positive for the community, for the police department, for the neighborhood, for the individual that lives at that place," said Porter.

Depending on the quality of your camera set-up, Porter says some systems record over the old footage after just two days, while others can last months. If cost is a concern, he suggests getting one high-quality camera rather than multiple low-resolution cameras or a smaller hard drive.

"It’s better to have higher quality and not have it last as long because if you’ve got something that’s of low quality that you cannot identify the person then it doesn’t matter," said Porter.

Grand Rapids Police just recently started their home surveillance camera registry where homeowners with cameras can sign up to let police know they have them and where they’re located.

"If you live in the city of Grand Rapids, you have the ability to tell the police department that you have cameras and that is pretty much the extent of it," said Porter.

Porter says police don’t have access to the footage without your consent, but it could help speed up the process of solving crimes.

"This gives us an opportunity to come and see if there’s something that might be involved in that case and we’re just interested in a name and a phone number and a person to talk to so that we can start that process," said Porter.

There’s a lot of systems out there that can connect directly to your cell phone, so you can watch live feeds of your camera from anywhere.

If you want to learn more about the Grand Rapids security camera registry, click here.