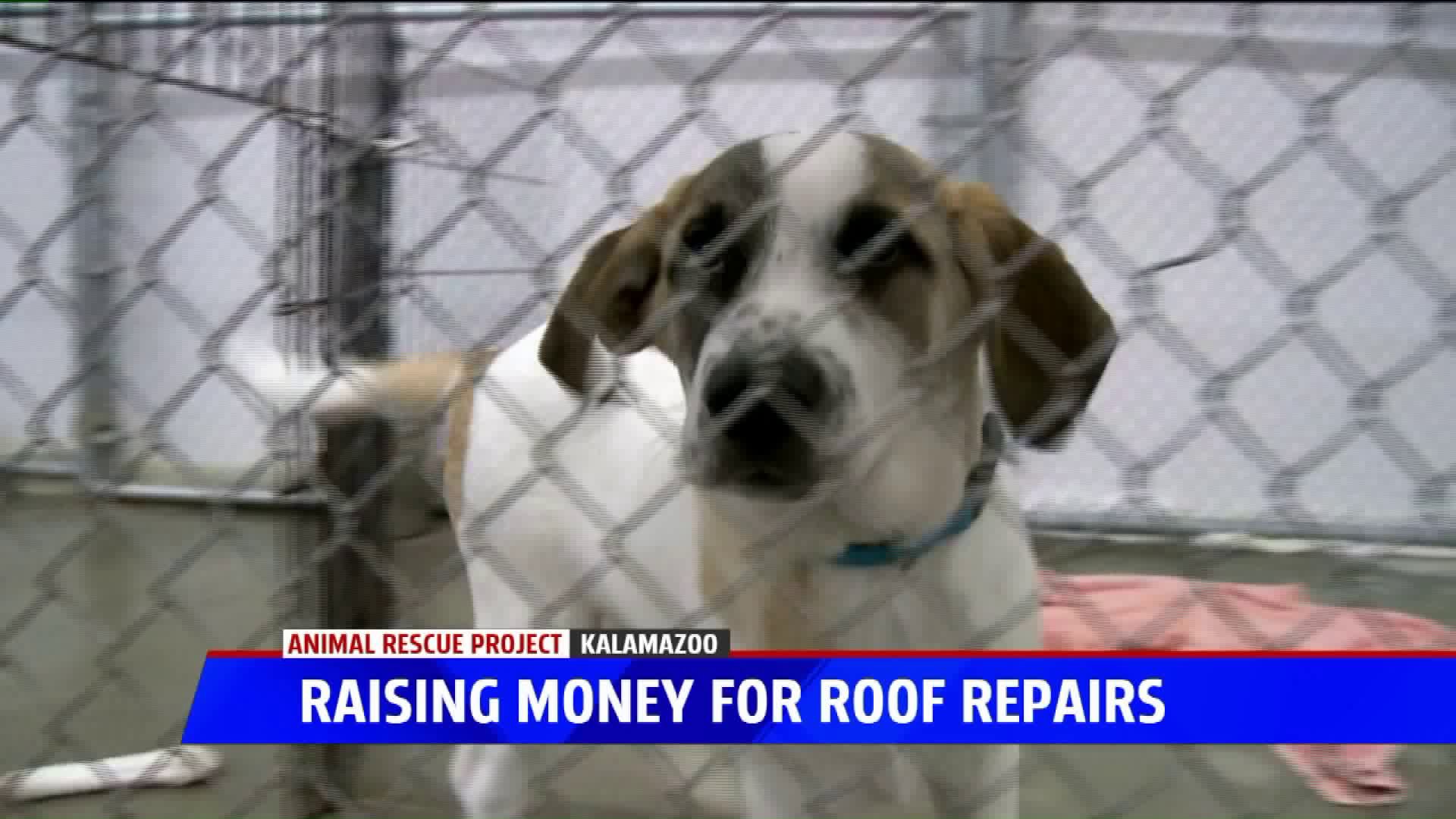 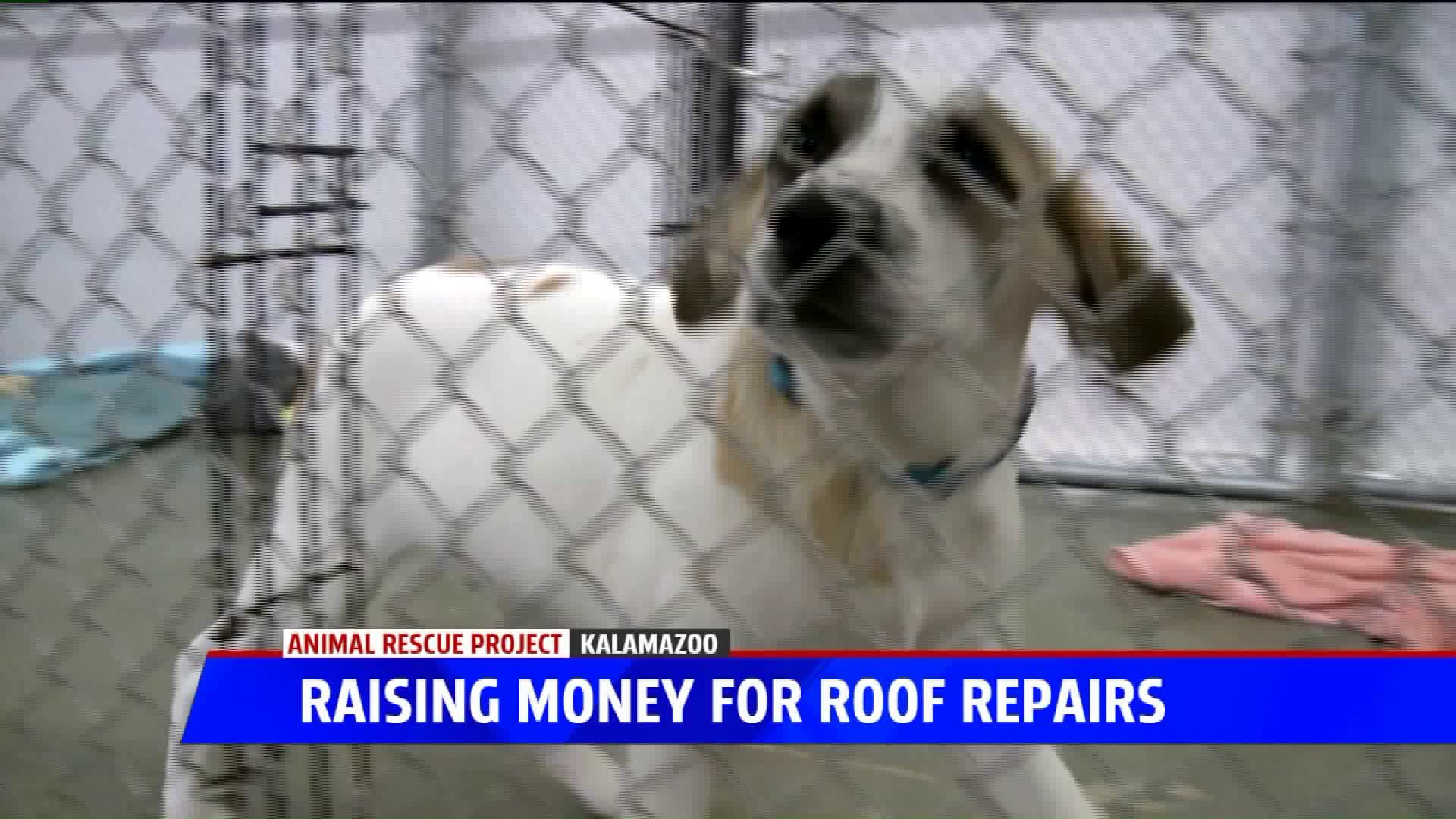 KALAMAZOO, Mich. — Bethany Mayuiers said that fixing the roof at the Animal Rescue Project on Peekstock Street has been in the plans for a longtime. They knew when they moved into the building back in 2010 that it was in need of repairs.

“So we decided to do a Raise the Woof campaign,” Mayuiers said during an interview at the shelter. “A loving company at Vantage Roofing decided to donate the labor for us.”

Tools were also donated as well, she said. Now they’re focused on raising enough money to fix the damage the leaky roof has caused indoors.

“There’s electrical problems that have been going on,”  Mayuiers said. “There’s repairs that need to be done to walls.”

There’s dark spots and mold on the walls, she said. They had it tested for black mold which can be harmful to animals' and peoples' health. It fortunately came back negative, she said, but completing day to day tasks can be difficult.

“We can’t get their laundry processed,” Mayuiers said regarding the electrical problems. It’s going to slow down the amount of heating and cooling that we’re trying to do because we need air conditioning and heating repaired to keep them at a stable temperature on the inside.”

She said in the summer they run fans for the animals and in the winter, electric heaters. So far they’ve raised over $20,000 for their campaign. They need to reach at least $35,000. She hopes the public will help them hit their goal before winter comes and makes the problems worse.

“We rely a lot on our own gumption here,” Mayuiers said. “We can’t do it without the community support, which we’re more than grateful for.”