STANTON, Mich. -- A 9-year-old boy living with Spina Bifida is bringing smiles to hunters across West Michigan after sharing photos of his recent hunt.

Zade Kooistra turned 9-years-old last week. On October 18th , the day before his birthday, his dad took him to the family's hunting property to try his shot at bagging his first deer.

"I said 'go out and get that birthday buck, Zade' and he was all excited to go out," his mother, Shannan Kooistra, tells us.

Zade's dad, Josh, built a special ramp for the family's hunting blind down the road from their house in Stanton.  The two were quick to spot a deer nearby.

"I was like, 'Dad, I hear something, and he lifted up the cloth on the back window and opened it and there was that deer. He turned around the crossbow, flicked off the safety and I shot it," Zade recounted to us.

The family ended up sharing photos of Zade and his deer with friends, with them being posted to the Michigan Buck Pole facebook page on Friday.  The post has since been shared several hundred times.

Zade says he wants hunt for coyote in the future.  And as for what size deer he has in his sights for next season.... "Like, a 47 point."

You can learn more about living with the condition at the Spina Bifida Association's website. 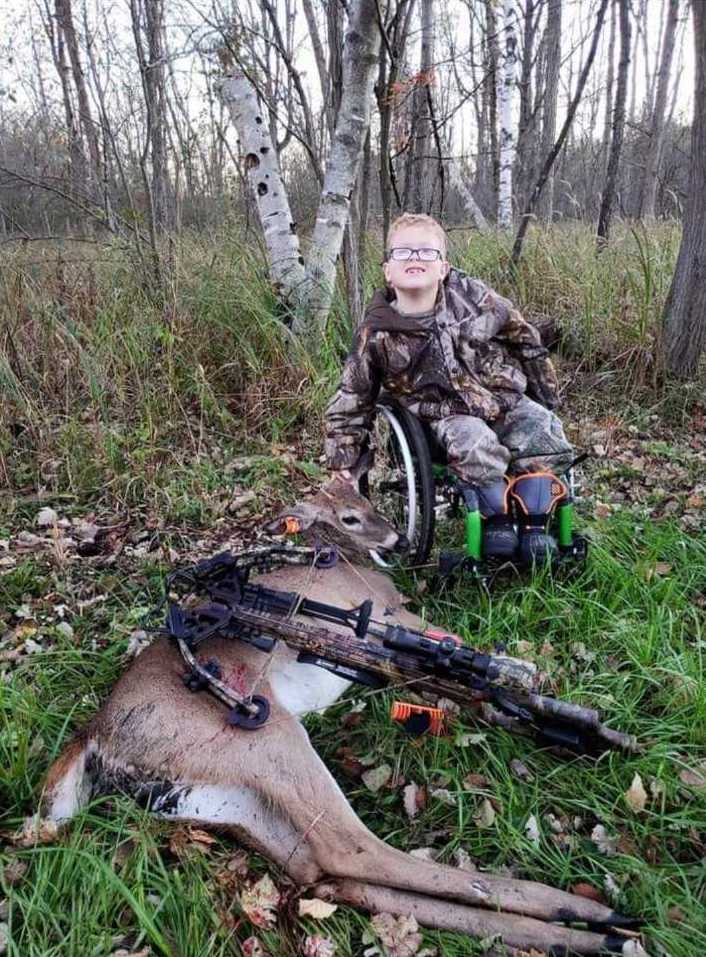