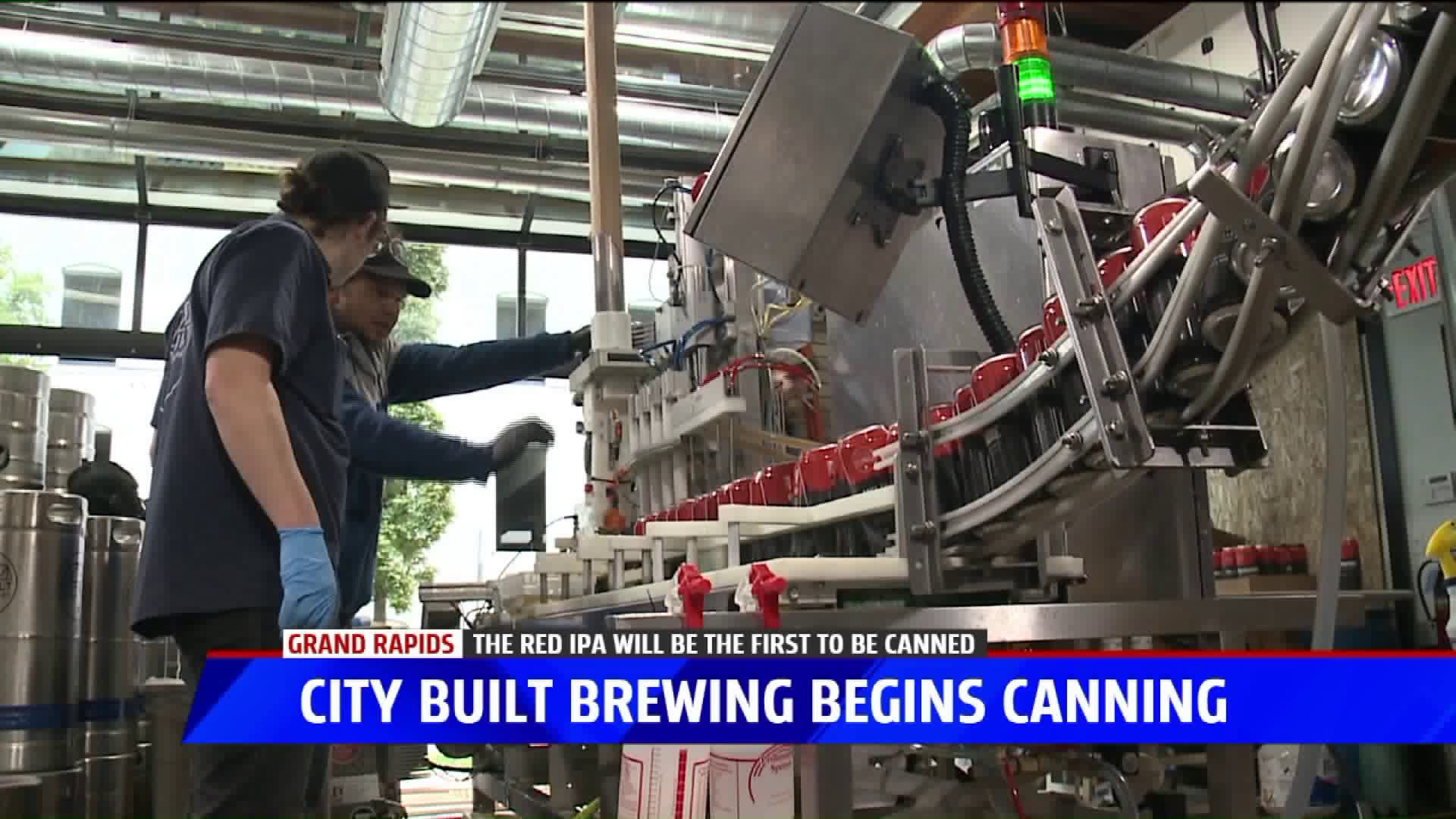 GRAND RAPIDS, Mich. -- City Built Brewing has begun the process of offering their beer in cans.

The Grand Rapids-based brewery opened their doors to FOX 17 Thursday to show off some of their Red IPA being canned. City Built Brewing says they are starting with canning their Red IPA, but we'll move on to canning their other offerings in the future.

Co-founder of City Built, Edwin Collazo, tells us, "we voted on what brands we want to see.  The first one was just because it was just time to make that beer, so we said let`s just do that beer.  But, going forward we have some fun ideas for Thanksgiving.  November, we`re doing a cranberry lacto sour. And then in December we plan on canning Hazy Juicy IPA."

For now, the cans will be for sale at the Brewery's location at 820 Monroe Avenue NW.  The canned beverages are available for mug members to purchase now, and will be available to the general public starting Saturday.

In regards to the brewery's plans for the future, Collazo tells us, "We`re looking for 150 cases, which is a ton of beer.  We`ll see it out of the taproom to start.  Whatever doesn't sell here, we recently signed a contract with a distributor out of Detroit.  So, we`ll just use it as a calling card so people in Detroit start to become familiar with City Built."