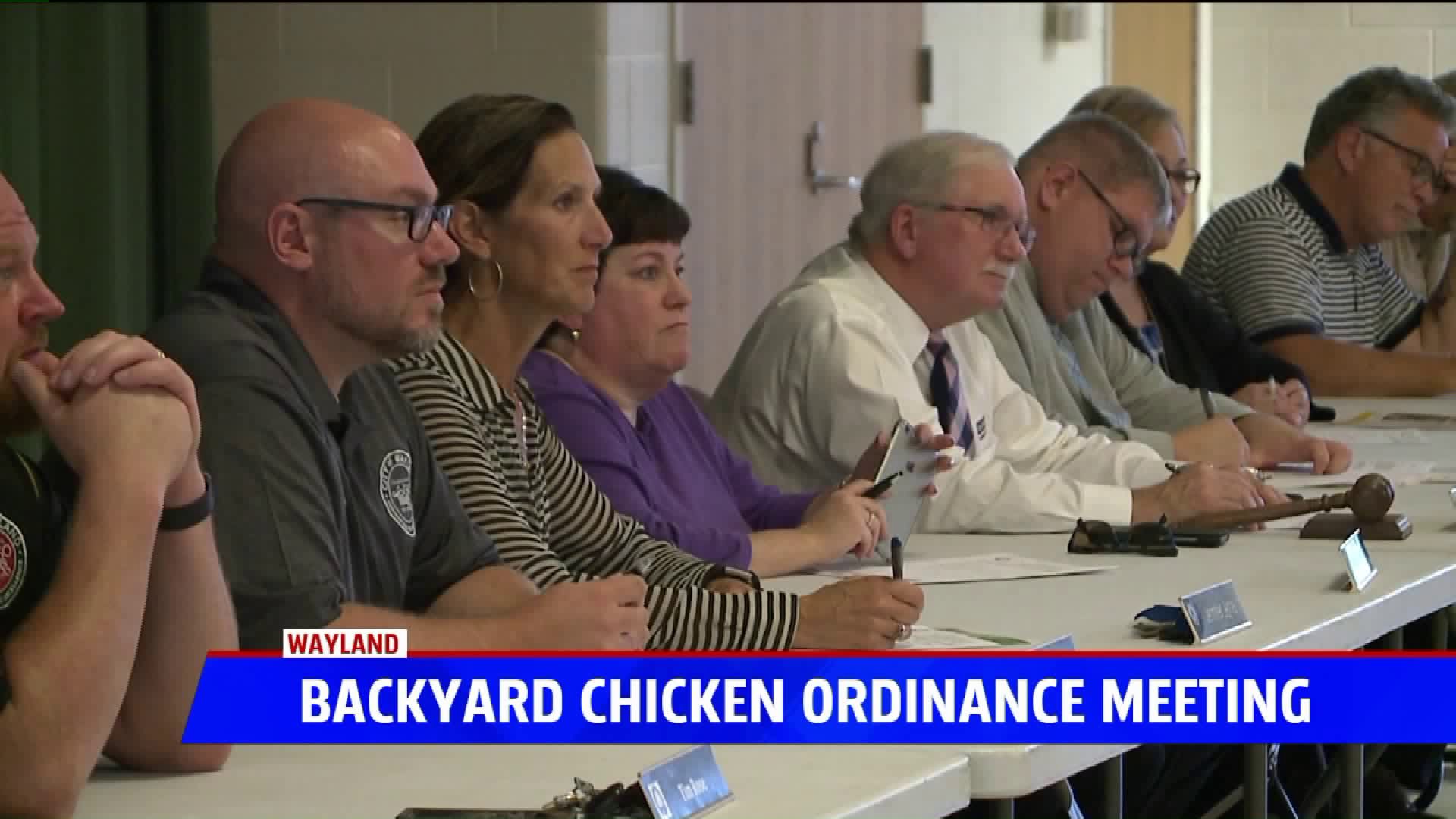 WAYLAND, Mich. -- The debate continued Tuesday over whether or not to allow chickens within Wayland city limits.

No decision was made on the topic, but the meeting was a chance for the public to voice any concerns they might have. The issue of whether or not to allow chickens in the city limits has been discussed for about a year, and it is now inching closer to a resolution.

About a dozen people showed up Tuesday to talk about the ordinance. The city council scheduled the special meeting just for public comment, though only a handful of residents stood up to speak.

A majority said they're in favor of an ordinance to allow chickens, and only one woman at the meeting spoke out against it.

Jessica Despocito, who owns chickens and keeps them right outside the city limits, says she hopes she'll soon be able to keep them at home.

"Really it's just like with anything else, dogs, cats," she said. "Yes, there needs to be rules, but if other cities that are bigger than us can make this work we should be able to make this work as well. I think that the city putting in the time and research is a good thing."

Wayland mayor pro tem Jennifer Antel says a decision on the ordinance will be made by the end of October. It will likely be voted on at their second council meeting of that month.

"People are passionate about chickens," Antel said. "There's so many facets to it, and we want to make sure that we make a good decision that we can enforce. And it's easier to take your time and make a good ordinance upfront than to try and backpedal and fix things later."